Blog/BOOM BOOM Alert: What You Didn’t Know About The Basil Brush Show 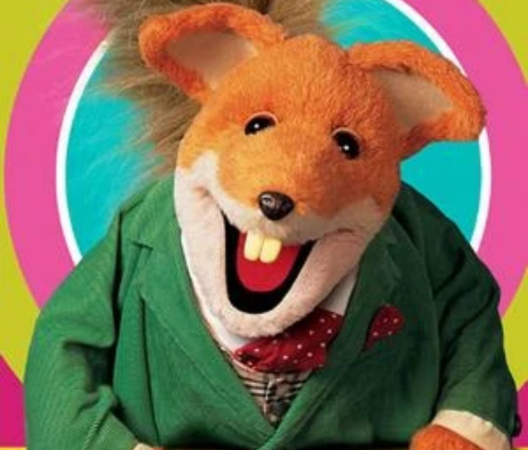 BOOM BOOM Alert: What You Didn’t Know About The Basil Brush Show

Fans of the Basil Brush Show will be no stranger to the catchphrase “boom boom” and the infectious “Ha Ha Ha” from this cheeky fox. A pretty iconic figurehead to say the least; but when did it all begin? Who is the mastermind behind the glove puppet? Where is Basil now? Thrillz answers your burning questions.

Basil Brush, the glove puppet fox, was designed by Peter Firmin, with a huge influence from Ivan Owen. The character itself was based on Terry Thomas, who was notorious for laughing at his own jokes. Basil mimics Terry Thomas’ posh voice, bad jokes and even his gap-toothed smile.

Ivan Owen wanted to resemble a fox as much as humanly possible. The glove puppet fox donned a tweed jacket and bow tie, which added to Basil’s charm and charisma. What’s interesting is that Ivan Owen wanted to be a background man, allowing Basil Brush to take centre stage. Sadly, Owen died 20 years ago – but his legacy still lives on. 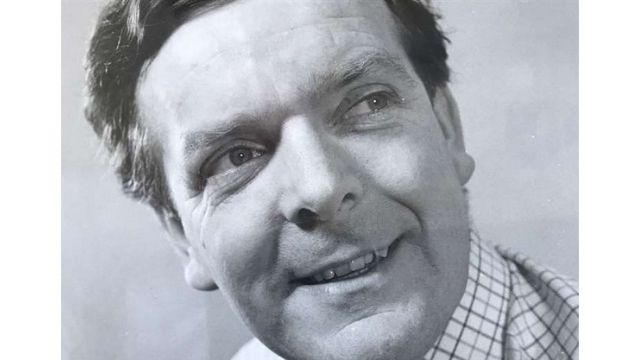 Ivan Owen and Peter Firmin worked together previously, starring in the BBC classic The Three Scampis themselves. It was here where Firmin designed Spike McPike, the popular angry Scottish hedgehog, another famous glove puppet.

When did the Basil Brush Show start?

Our little puppet friend had his first appearance on TV screens in 1962! Although much of Basil’s stardom was as guest appearances in popular children’s shows like the Three Scampis and The Nixon Line – where Basil Brush upstaged magician, David Nixon. It wasn’t until 14th June 1968 when the first episode of Basil's own show was broadcast on the BBC, where his career would skyrocket. Over 60 years later, Basil's energy continues to bring a smile to everyone’s face – whether old or young.

The Basil Brush show began as a BBC series for kids; and this mischievous puppet is infamous for his silly jokes, posh voice, and most notably, being a red fox. The first episode was aired on the 14th June, pulling in 15 million viewers, which for the 70s is important to note. Kids and parents tuned in regularly across the UK – the Basil Brush show was not one to miss!

Who is the person behind the voice?

Without trying to ruin the magic, it was a voice artist that brought Basil Brush to life. The success of this glove puppet required a certain level of skill to truly become iconic.

When the Basil Brush Show first started, Ivan Owen was the original voice-over man. Owen wanted to create the illusion that Basil was real, not just a glove puppet; so he preferred to stay behind the scenes, and was rarely pictured with Basil.

When Owen died, it left a bit of a hole in everyone's hearts. But in 2002, the new voice artist was Mike Winsor, who carried the legacy until the end of its reign on the BBC.

The history of the cast

The popular BBC show began with Mr Rodney (Rodney Bewes), who was the first sidekick. Rodney Bewes from the Likely Lads, featured in several episodes but only for a year, preferring to keep a low profile (meaning retirement).

Then in the 1970s, co-host and featured character, “Mr Derek” (aka Derek Fowlds) filled the role, replacing Mr Rodney. Derek Fowlds was renowned for his role in the comedy sitcom Yes, Minister; he was later succeeded by many actors – but they’d have some very big shoes to fill. Derek Fowlds died in January 2020 at the age of 82, whilst our puppet friend remains immortal. 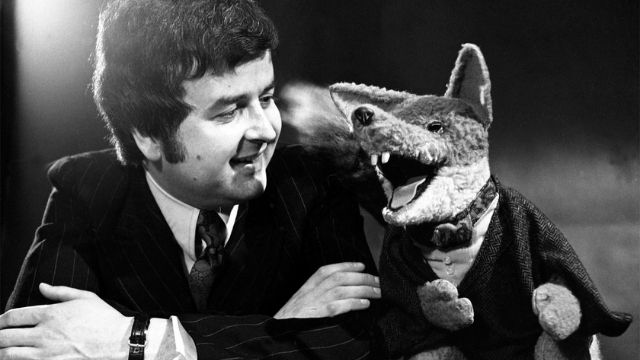 Mr Roy (formally known as Roy North) was the straight man behind Morecambe and Wise. Co-presenting on a puppet show may have been a very different role, but with all the same topical gags that made you snort on your tea.

Following on, Mr Howard took to the challenge. Howard Williams was a presenter, actor and writer (most known for his novel, The Blackness).

Irish actor and singer, Billy Boyle, was the final straight man to play “Mr Billy”. This added a sprinkle of music and a memorable festive edition of “Hollywood Melody”.  Following the departure of Mr Billy, Mr Howard and Basil reappeared after the show's cancellation in 1980.

Just like Frankenstein, Basil Brush was brought back from the dead and reappeared on the BBC in a slick children’s sitcom format. In 2002, the after schools programme was revamped, with other characters adding to the hilarity.

Instead of a comedy double act, Basil was joined by Dave (Michael Hayes), Molly (Georgina Leonidas), cafe owner Anil (Ajay Chhabra), and of course, Mr Stephen (Christopher Pizzey). The modern season did not disappoint, turning the flea-ridden puppet into a flashy version, with an emerald green coat. The BBC ran it over 7 seasons, and the silliness still prevailed to make you laugh out loud. 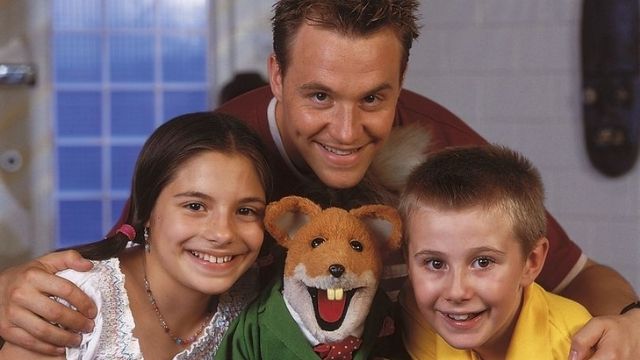 The new characters all had their own charm. Molly was a 16-year old witty and sensible person, often trying to exert some moral wisdom onto others. Dave, a young entrepreneur, only 14 years old and knew all the tricks of the trade. Anil, the cafe owner of Basil's local hangout, is known for being less intelligent and serving bad food, so he's the object of many running jokes throughout the season. And of course, Stephen, who was a lost soul looking for fame in Hollywood.

Fun facts about the episodes

Between 1968 to 1980, there were 178 episodes (15 seasons) aired on the BBC. One episode worth mentioning is with Mr Roy, Basil Brush and the Airbed, in which the two go to the seaside for a day trip. Whilst blowing up a tiny airbed, they make a relevant point about safety in the sea – tied in with a few puns so that the humour wasn't lost.

The new BBC series starring a fresh Basil Brush churned out 78 episodes, around 25 minutes each. The studio set deserves some attention here; it’s clear that the BBC was prepared to fund and invest resources into the fresh season. From Anil’s cafe to Stephen’s flat, it really sets the scene and brings a modern touch. 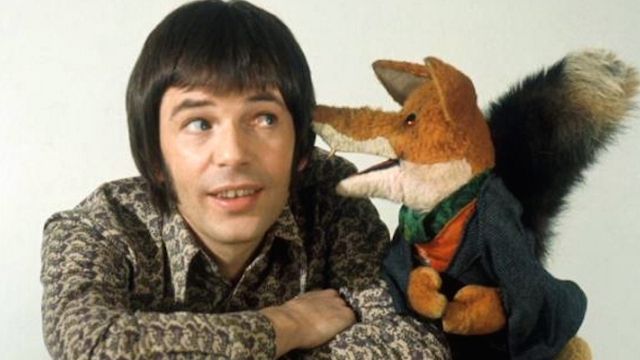 One of the most popular episodes was Basil’s Brush with Fame – ironic considering he is undoubtedly the most famous puppet across the world. This episode follows Basil, Stephen and Dave on another adventure: starting a band. They argue over heavy metal and opera, in the end settling over becoming popstars.

The pièce de résistance is at the end of the episode, where they comment on the media industry and the difficulties. Dave says: "so this is the life of a popstar, hey; we can't play our own music, we can't have our own name, we can't even think for ourselves!". So, they revolt and perform their own (awful) rendition of Bright Eyes – sharing an inspirational message to just be yourself. 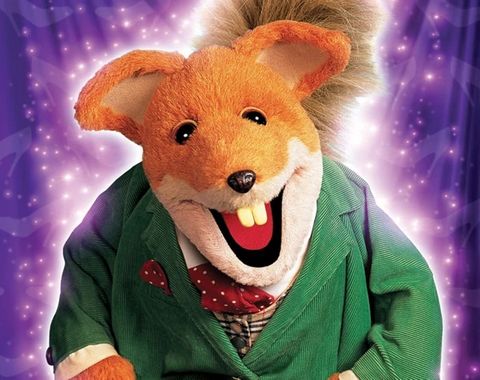 Why is Basil Front Page News?

Basil’s clear and apparent disrespect of authority appealed to kids the most; what better way is there to make school children giggle? Many of the topical gags and innuendos were quite tongue in cheek, targeting the British Rail, Margaret Thatcher and “Mrs Lighthouse” – the woman behind the ‘Clean Up TV’ campaign. This element of satire kept parents amused!

You might remember the show taking more of a musical turn, and your memory is not failing you. Popular bands and stars like Demi’s Roussos, Petula Clark and Cilla Black performed on the show, because it was a great way to attract a wider audience. (Good to know that marketing has developed so much since the 70s…)

A little-known fact is that Basil actually recorded 2 albums titled Boom! Boom! It's Basil Brush in 1970 and 1977. We’ll leave the link here if you’re feeling nostalgic...

Where are they now?

It’s been over 15 years, with not a single sighting of Basil or his companions. But fear not! We’ve been tracking their whereabouts, and you’ll be pleased to know that they’re still alive and kicking. 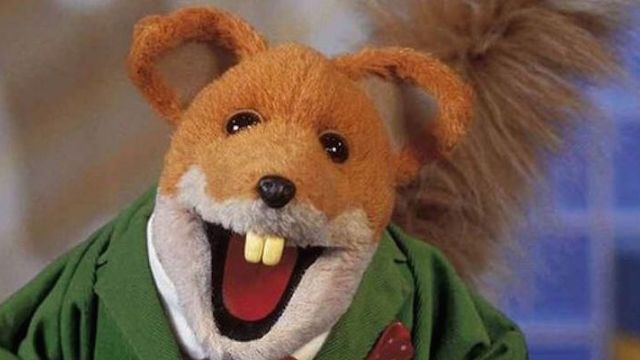 The Basil Brush show took to the stage, now touring the country, which you can book now for 2022. In a similar vein, the Edinburgh Fringe also announced that Basil is back, ready to keep up with the shenanigans we all love. It’s safe to say, Basil Brush is irreplaceable. Maybe there will be a spin-off series to keep our heart’s content – Christmas special, anyone?

Oh, did we mention that we’re best buds with Basil? Yep, you heard it right, folks. Check out the Thrillz site and get a front-row seat to the Basil Brush Show just for you. You can also receive personalised messages, whether for a birthday or to annoy your colleague at work, the options are endless. Don’t miss out, you’ll have a tail of a time – Ha Ha Ha, Boom Boom!