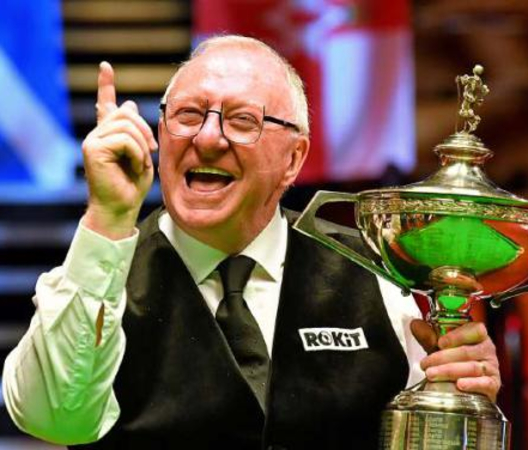 Dennis Taylor is the Northern Ireland snooker player who was known for his upside-down glasses. The real question, however, is were they upside down? Thrillz has the story.

Dennis Taylor was born on January 19th (1949) in Coalisland, County Tyrone Northern Ireland, he is best known as a former snooker champion and legend. Dennis picked up and started playing snooker at only 9 years of age in his home town in Ireland.

Who would have thought a young boy's hobby would turn out to be a successful professional career? 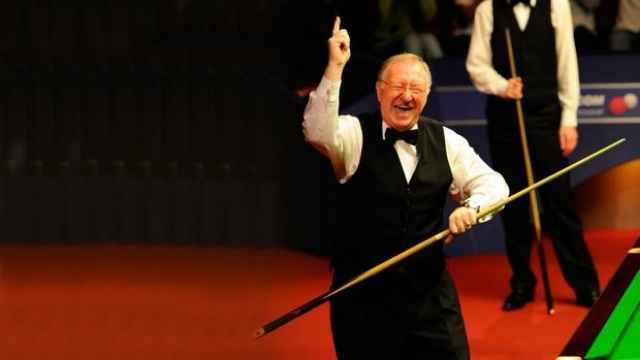 In 1973 Dennis made his first debut appearance at the World Championship however that season was short-lived as he lost in the first round. That didn't stop Dennis however, he kept training harder and harder, every loss for him was a learning lesson.

It wasn't until six years later in 1979 where Dennis was able to actually enjoy his games, as this was his best season yet. He reached the finals for the Bombay Open and the semi-finals for the UK Championship, which led him into the final for the World Championship.

In the 1985 World Championship finals, Dennis was up against the undisputed world number one, Steve Davis. The pressure was high for both Dennis and Steve in the tense final as it was watched by over 18 million people in the UK alone.

This was the largest audience figure for tuning in after midnight on BBC Two of all time within the sport.  The final match between Dennis Taylor and Steve Davis was recorded to be the longest match over the time length of 14 hours and 5o minutes, with 35 frames which started on April 27th and ended in the early hours of April 28th at 12:23am. 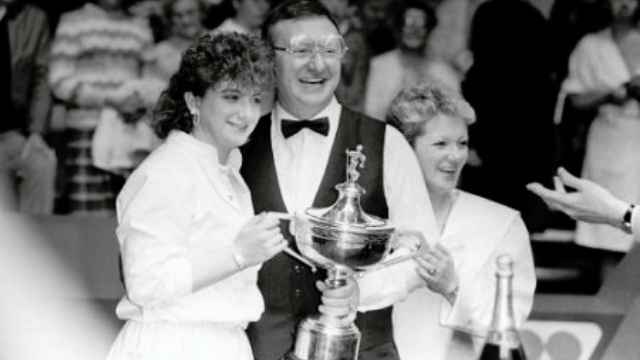 The match from the start wasn't looking too promising for Dennis as he was losing 8-0 in the first frame, but he didn't let that knock him. The final frame was the most intense frame recorded in snooker because the title would be decided on potting the final black ball, their final was known as the 'black-ball final'.

With both Dennis and Steve missing and attempting a few shots, Dennis finally pocketed the black ball and became the  World Snooker Champion, he told the BBC: "My first thought was, 'I'm a world champion, after all these years of trying I'm the world champion’".

It was a very special night for him and his wife at the time Trish, as Dennis secured his place in snooker history winning £60,000. This was the largest pot winning for an individual sport in the world at the time. 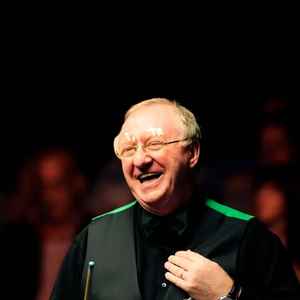 Why did Dennis wear his glasses upside down?

If you mention Dennis Taylor's name of course people will link him to snooker as he was the world champion and a legend, but that's not all people associate him with. Dennis Taylor's memorable trademark was in fact his glasses, the snooker player captured the nation's hearts with his 'upside down' glasses. 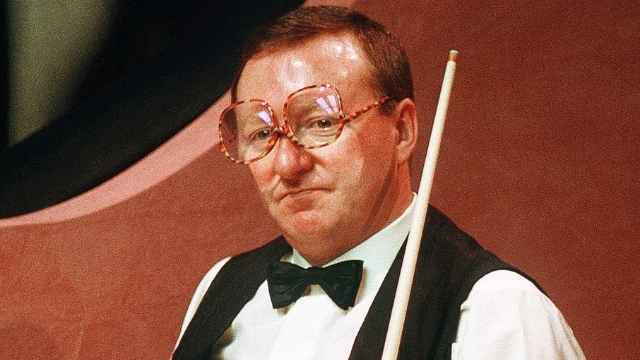 Dennis with his trademark glasses (Image Credit: The Sun)

Dennis, were they actually upside down?

The answer unfortunately is no. Dennis actually had terrible eyesight, the glasses were in fact specifically made for him two years prior to him winning the 1985 World Championship.

Dennis had an eye problem called astigmatism, which meant he saw snooker balls in the shape of rugby balls. For a professional snooker player, you could imagine that probably isn't the best thing, the glasses allowed him to see through the lens when bending down and playing his shots. Dennis had no choice but to go with the glasses.

Even if that did mean he was the butt of every joke, he still went on to become a snooker legend, winning tournaments. So who's laughing now?

The public mocked the company taking their opinions to social media, and compared them to the glasses Dennis Taylor used to wear, they claimed he was the inspiration behind the design idea. One tweeted "Dennis Taylor inspiring Gucci", another added "Has Dennis Taylor got a job at Gucci?". 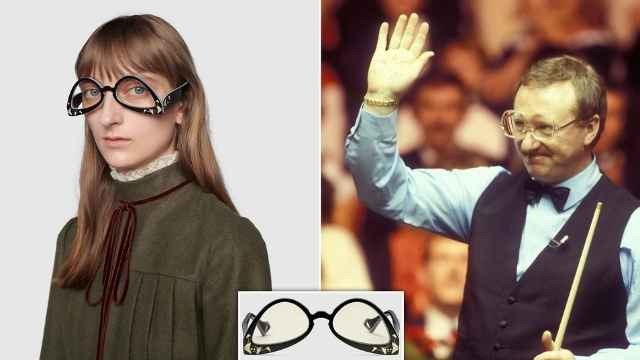 What came next after Dennis put down his cue?

In 2000 Dennis decided to put down his snooker cue, retiring as a professional snooker player. It wasn't until recently, where at the age of 72, snooker legend Dennis officially announced his retirement.

His career spanned a total of 49 years which is incredibly long for a snooker player. Dennis said in his last match that "the standards are getting so high, that there's no way of beating these youngsters".

Dennis may have hung up his cue but he put on his dancing shoes in 2005 when he was competing in BBCs successful show Strictly Come Dancing, reaching 8th place with his partner Izabela Hannah. Dennis has also made a number of different guest appearances on ‘Big Break’, ‘They Think It's All Over’, ‘The Weakest Link’ and many more. 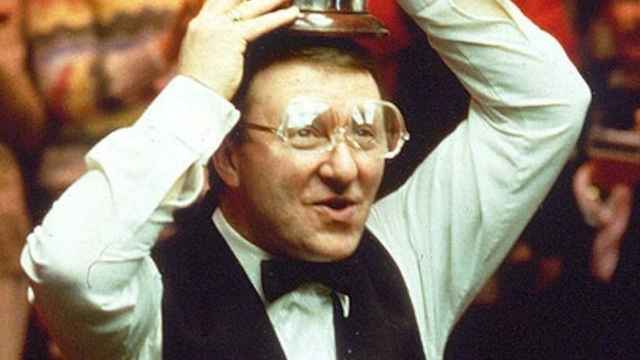 Dennis and his family

Dennis Taylor was first married to a woman named Trish, the pair shared three children together, a daughter called Denise and two sons, Damian and Brendan. Their marriage might not have lasted but Trish and Dennis went through a lot together, she was by his side when he won the 1985 Embassy World Professional Snooker Championship, beating Steve Davis in a dramatic victory.

In 2001 Dennis moved on and re-married Louise Taylor, the couple are parents to two children, Cameron and Amber. Family has always been so important to Dennis ever since he was a young boy in Northern Ireland, growing up he was extremely close to his mother Annie.

In 1984 he walked out of a snooker tournament when he received a devastating phone call to say his mother had unfortunately passed away. 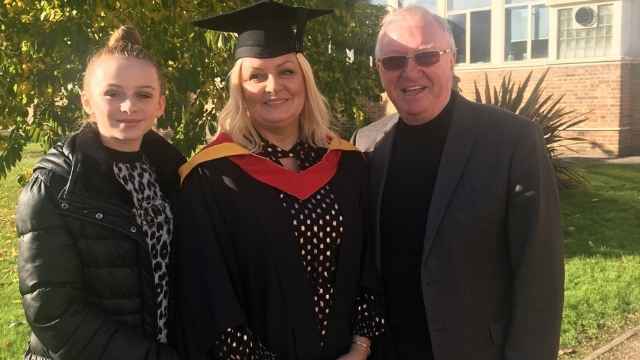 Dennis' son Damian (from his first wife Trish) did follow his father's footsteps in the professional sports industry, however it wasn't in snooker. Damian is a professional and successful golf coach, his students have included British Open Championship winner Darren Clarke and former Ryder Cup captains Colin Montgomerie and Ian Woosnam.

Dennis has had all the support from his friends and family throughout his whole snooker career, once he retired he put all of his focus onto his family. His wife Louise decided she wanted to do a Masters degree at university, and in February 2018 she completed her Masters in Design and Applied Arts, Dennis said he was "very proud" of his wife for graduating.

Dennis is currently 75 years old and a BBC commentator on the World Snooker Championship with snooker icon John Virgo. It seems as though Dennis is very likely to remain involved with the snooker world for a long time to come.

Why not book yourself or a friend a personalised video message from Snooker World Champion, Dennis Taylor?!