Blog/Katie Price children: Who are they? 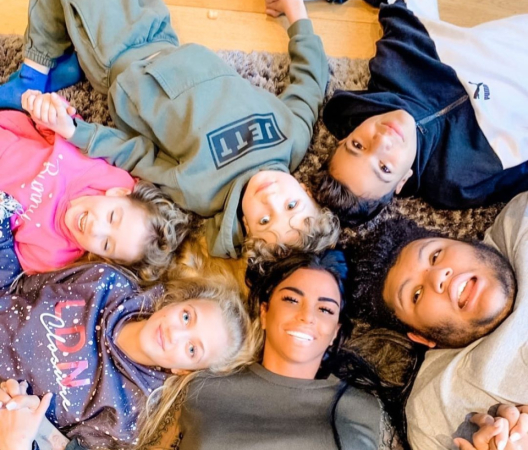 Katie Price children: Who are they?

Katie Price is no stranger to the tabloids and neither are her kids. Being the child of the UK's biggest former glamour model turned TV star and entrepreneur means you are brought up in the limelight, with all eyes on you.

Being the child of Katie Price comes with its challenges. Thrillz takes you on a journey into the life of ex-glamour model turned TV star and entrepreneur, Katie Price and her famous offspring. With plans to have more children with fiancé Carl Woods, we thought this was the perfect time to shed some light on the clan she currently has.

How many children does Katie Price have? 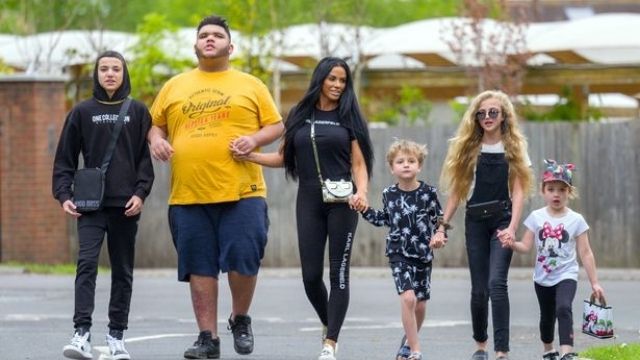 The former glamour model, who went by the infamous pseudonym, Jordan, has five children by three different fathers. She had her eldest son, Harvey, with estranged ex, footballer Dwight Yorke. Harvey was born with the rare disability Prader Willi Syndrome which has left him blind and autistic.

She has Junior and Princess Tiamii with ex husband, 'Mysterious Girl' singer and Peter Andre whom she met filming I'm A Celebrity... Get Me Out Of Here!

She has Jett and Bunny with ex husband Kieran Hayler, who infamously cheated on Katie with her best friend.

Katie is currently engaged to Carl Woods and has said she is desperate to have another baby, currently going through IVF in the hopes of becoming pregnant. 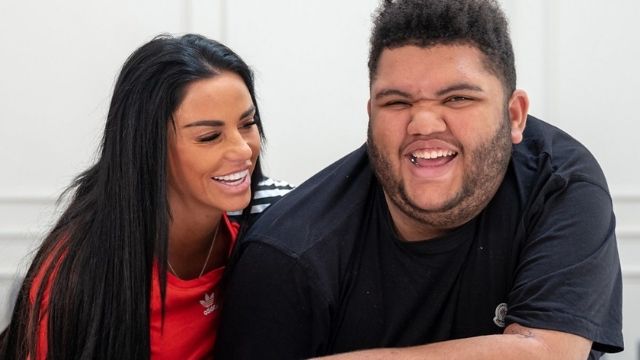 Harvey Price is the eldest child of Katie Price. She gave birth to him in May 2002. His father is retired footballer Dwight Yorke. Harvey was found to have been born blind, with septo-optic dysplasia, which makes optic nerve development unpredictable. He has additionally been diagnosed on the autistic spectrum and to have Prader-Willi syndrome.

Since 2017 Katie Price has been campaigning to stop online abuse after her son Harvey had been the subject of cruel twitter trolls. Katie started 'Harvey's Law' in the hopes of making online trolling a recognised criminal offence.

The online trolling of Harvey has sadly not ended, and most recently Katie has started the 'Track a Troll' petition, in March this year. The petition quickly received 100,000 signatures and was discussed in parliament. With the recent England world cup defeat came huge amounts of online racial abuse for some of the players, this in turn led to the petition growing to over 500,000 signatures. The aim behind the petition is that people signing up to social media sites must provide a form of ID during the registration process. 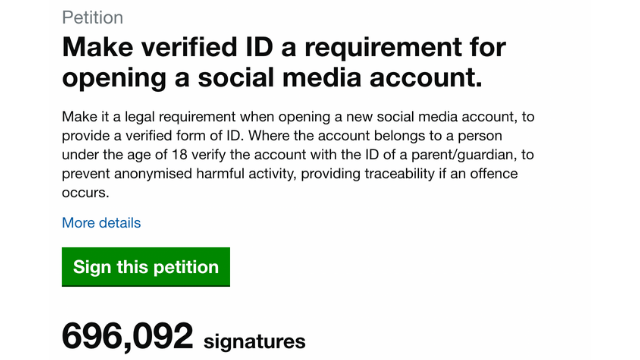 The 'Track a Troll' petition has now grown to over 696,000 signatures. (Credit: UK Government and Parliament - petitions)

The aim is that if someone would then go on to hurl abuse, troll or threat someone else via social media, they would be held accountable due to their ID being attached to their account. As it currently stands, users can sign up to social sites without having to prove their identity, meaning it is possible to create multiple accounts by simply using a different email address each time, allowing false accounts to be made and permitting them to stay anonymous. 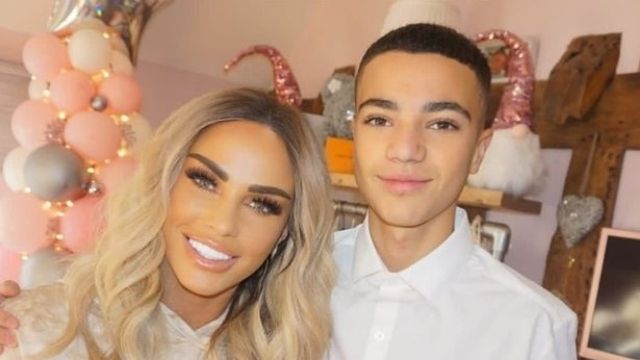 Next came Junior Andre, born Junior Savva Andre, who was born in June 2005. He is the second eldest child of Katie Price and the eldest of her two children with ex husband, singer Peter Andre, who she met filming I'm A Celebrity... Get Me Out Of Here! Junior is Peter Andre's first child.

Often thought of being a total 'double' of dad, Peter Andre, Junior has been very vocal online in support of his older half-brother Harvey and 'Harvey's Law', which in turn has lead to Junior being trolled online himself. 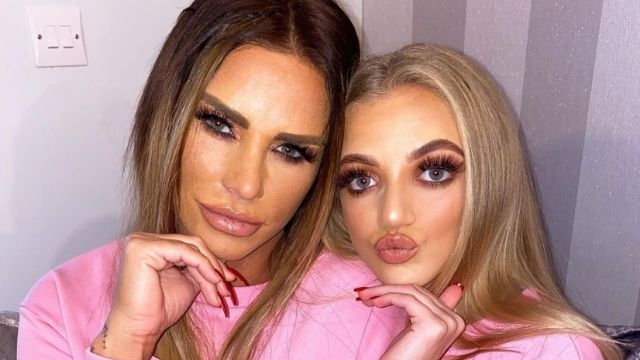 Princess Andre, born Princess Tiaamii Crystal Esther Andre, was born in June 2007. She is the third child of Katie Price and her first daughter. She is the younger sister of Junior Andre and also calls Peter Andre, dad. She has recently started her own YouTube channel which has grown to over 55k followers.

BOOK NOW
Katie Price
Book the one and only Pricey for a personalised video message on Thrillz!

Princess is following closely in her mother's footsteps, with a love for makeup and all things pink and glittery, and not forgetting her striking resemblance to her mum, she is definitely a mini-me of KP. Katie has been caught in some controversy over the last few years for allowing her daughter to wear makeup at such a young age, much to the despise of her father, Peter Andre, but Katie backs her all the way and has been vocal of how she doesn't see anything wrong with it. 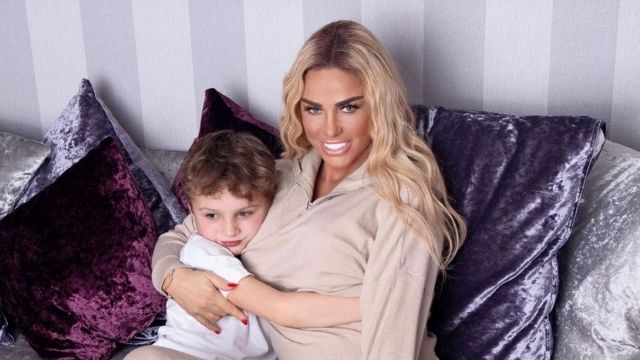 Katie with her son, Jett, who she shares with ex-husband Kieran Hayler. (Image credit: Katie Price/Instagram)

Jett Hayler, born Jett Riviera Hayler, was born in August 2013. He is the only son of Katie Price and ex, Kieran Hayler. He is Katie Price's third son, and Kieran Hayler's first. 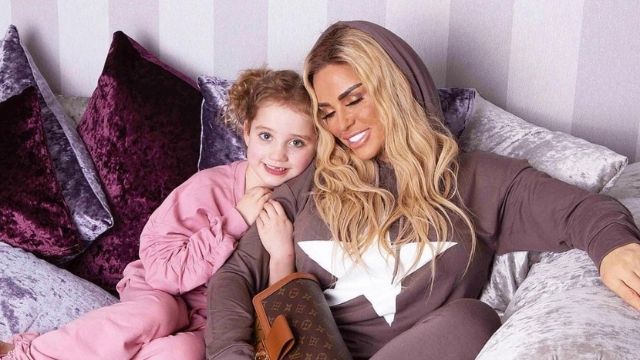 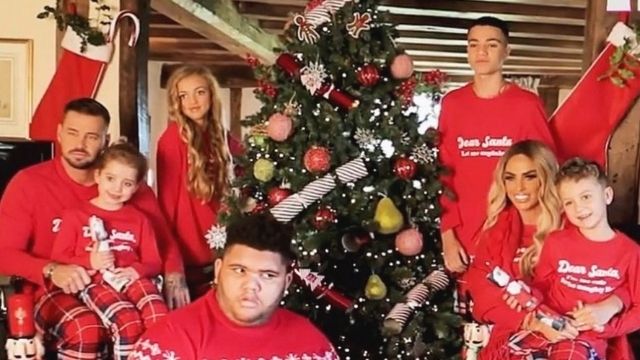 In March this year, Katie Price got fans talking after posting a picture to Instagram, cradling her stomach as if she was pregnant with fiance, Carl Woods with the caption 'Happy and healthy ❤️❤️❤️❤️ it’s the best feeling ever I thank @carljwoods for being part of me x'. Since this picture was posted, Katie has announced she is not pregnant but is trying for a baby.

With Katie's brood of children plus her announcement that she can't wait to have more with Carl Woods, we think we may be adding to this list very soon!

Did you know? You can book a personalised video message from the queen, Katie Price, herself?!