Blog/Katie Price: A Trip Down Memory Lane Through Her Relationships 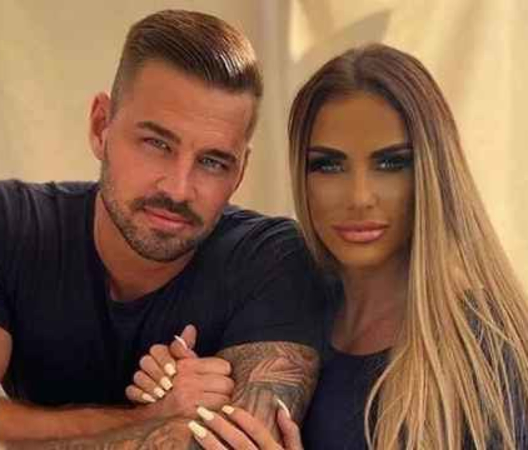 Katie Price: A Trip Down Memory Lane Through Her Relationships

Katie Price's love life hasn't been the luckiest after three failed marriages, but what does the future hold for Pricey? Thrillz has the story. 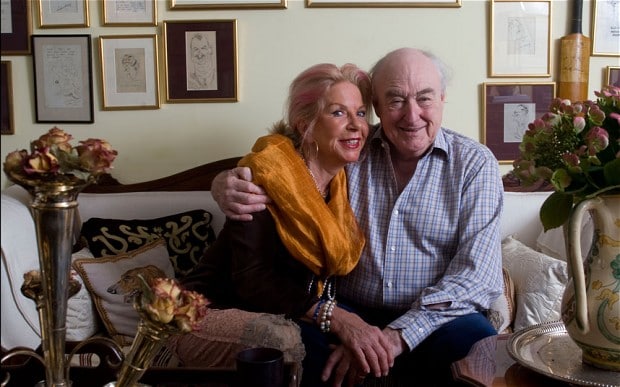 Katie Price who used to go by her stage name 'Jordan', is originally known for being a famous glamour model in magazines like Playboy, as well as her appearances on reality television, singing and book writing. But she is also well known for her tumultuous relationships and marriages over the years... 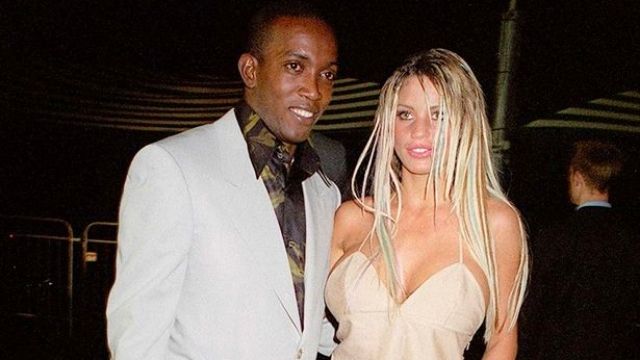 Dwight Yorke is a former Premier League footballer however, he is probably best known for being the father of Katie's eldest son Harvey, 19. Dwight and Katie weren't in a serious relationship when she fell pregnant with Harvey at the age of 23. The pair met in 2000 and were together for only 18 months.

Their relationship was very short-lived because Katie found out that Dwight had cheated on her on live TV while she was pregnant with Harvey. Katie broke off their relationship and announced her pregnancy to the press. Sources claim that when this happened it caused the public to have a negative opinion towards Dwight. 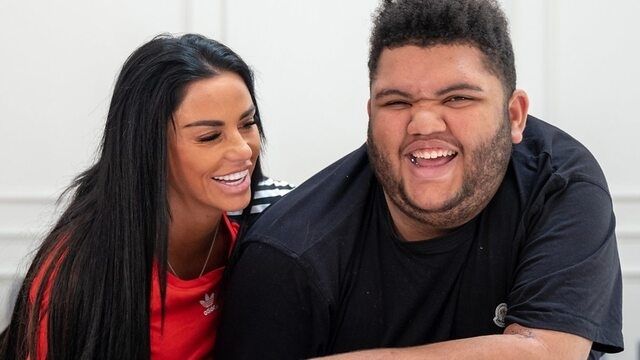 Katie's son Harvey was born in 2002, and is visually impaired, autistic and has a condition called Prader-Willi syndrome. You would think even though the couple's relationship didn't last that Dwight would still want to be a part of Harvey's life, however, Dwight left wanting no contact leaving Katie to raise Harvey alone.

In Katie's 2014 autobiography Love Lipstick and Lies she claims that “to this day, Dwight still wants no relationship with Harvey and refuses to understand his disability”. She went on to say “the door is still left open if he chooses he wants to be a part of his son's life”, but Harvey hasn't fallen short of father figures. He formed extremely close bonds with Katie's partners over the years.

Katie may not have the best online persona or news headlines, but no one can knock her for how she has brought up her son. She has done an amazing job raising Harvey into the courageous man he is today.

Peter Andre was Katie's first husband after the pair met in 2004 on the television series I'm a Celebrity... Get Me Out Of Here. The pair had the nation grasped with their blossoming on-screen love story and when the love-struck couple came out of the jungle they went on to get married in 2005, making Peter Katie's first husband.

The pair have two beautiful children together, son Junior, 16 and daughter Princess, 14, and Peter raised Harvey as if he was a son of his own. 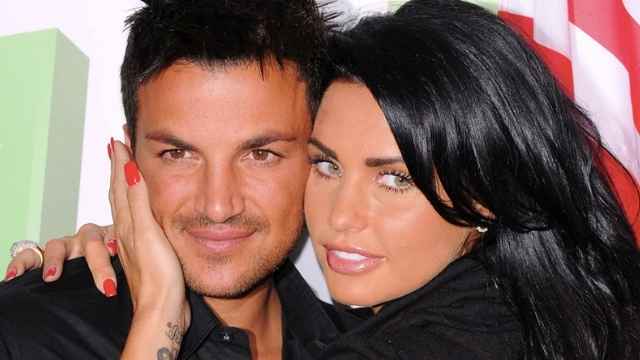 The couple had a loving and smooth-sailing marriage, which quickly turned sour after filming their reality TV show, Katie & Peter. The show was very damaging towards the couple's relationship and private life, as the cameras were constantly recording everything which was invading their personal space.

The show started raising negative opinions from the public towards Katie, as it showed Katie to be more dominant in their relationship, making Peter look gentle and like a pushover. 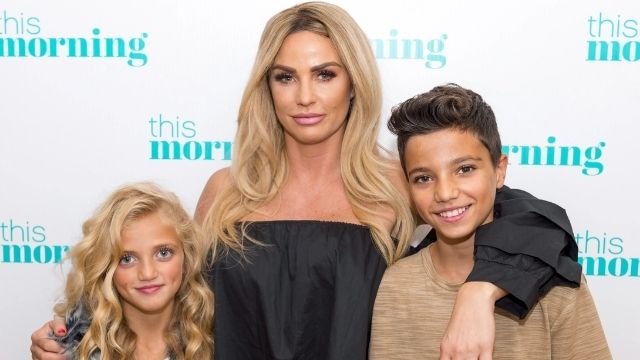 In 2009, just four years into their marriage, Peter Andre filed for divorce. To this day, Katie keeps telling people she has no idea why he wanted a divorce. Peter was convinced she was having an affair with her riding instructor, Andrew Gould, after they were both pictured on the front page of newspapers and all over the media after a secret night out.

What Happened After Katie and Peter Divorced?

Peter and Emily share two children together, while Katie and Peter both co-parent to raise Junior and Princess. Junior has followed in his father's footsteps and is trying to pursue a career in singing. 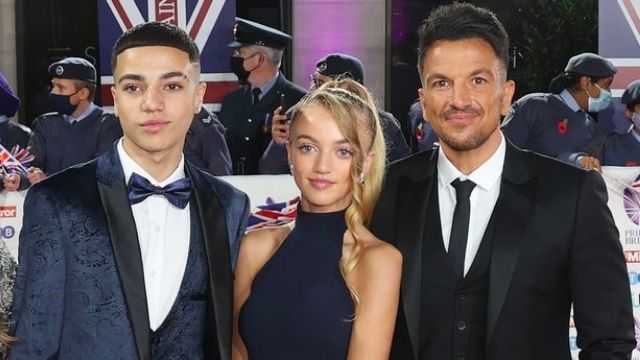 Peter Andre with Princess and Junior. Image Credit: The Mirror.

On September 25th 2021, Junior performed his dad’s song Mysterious Girl at the Kisstory Festival. While Junior is becoming a mini Peter Andre, Princess looks up towards her mother Katie.

Katie didn't have an easy life after her divorce, she told OK Lifestyle: "When Pete left me, I was devastated and I went out drinking and partying".

Alex and Katie first met in 2009 at Michelle Heaton's 30th birthday party at Café de Paris in London. The couple split after only 11 months of marriage, Katie was the one to end her marriage this time around. 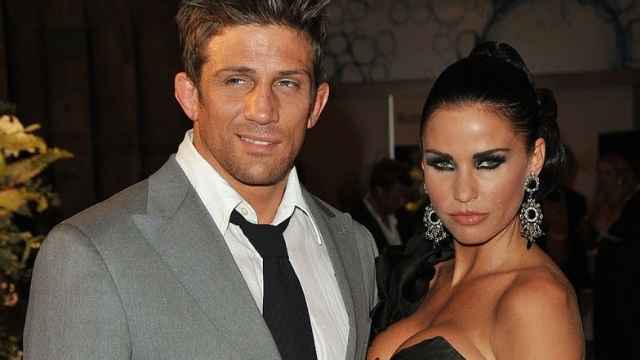 Katie couldn't put Alex's past behind her. The former cage fighter occasionally would cross-dress as his female alter ego, Roxanne. This played as one of the main factors in their divorce, along with marrying too soon after her split with Peter.

Katie also said in a statement to the Daily Mail: "Alex changed from the man I fell in love with and some of his behaviour became difficult for me to understand and caused issues".

Katie felt like she was the dominant one and the man in the relationship, which is something she didn't want to be.

Katie's third husband really wasn't 'third time lucky', in fact, it was the complete opposite. They had a turbulent relationship from the very start.

Katie and her then-husband, Kieran Hayler, who at the time was a builder and part-time stripper, met online in November 2012 over an online chat service Blackberry Messenger (BBM).

They didn't wait long until tying the knot, as Katie and Kieran got married just two months after meeting, in January 2013. Kieran had proposed to Katie on Christmas Day when she said: yes! 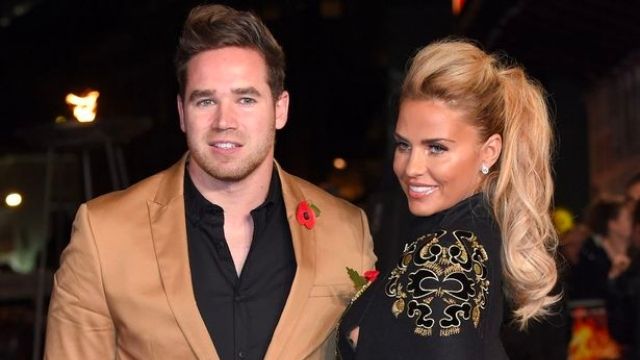 After the wedding, Katie fell pregnant with her fourth child and gave birth in August to their son Jett Hayler. The relationship to others seemed like it was healthy and Keiran may have been Katie's final love. However, it just shows that no one knows what's really going on behind closed doors.

In May 2014, Katie discovered out of the blue that hubby Kieran cheated on her with her best friend, Jane Pountney, who was a bridesmaid at their wedding. The timing wasn't the best for the couple as Katie had revealed a few days earlier that she was pregnant with their second child, daughter Bunny.

Kieran was blaming his affair on a sex addiction which he said he had, and began therapy to try and fix his relationship with Katie. Katie was extremely supportive considering the circumstances and even paid for his therapy to help Kieran on a new path.

The therapy seemed to have worked and Kieran moved back into Katie's house to try and work on their marriage. The following year the couple decided to renew their wedding vows, and seemed to have moved past the cheating drama. They were as happy as a couple with trust issues could be. Katie opened up on the chat show Loose Women saying: "Then our marriage was perfect, our family was perfect". 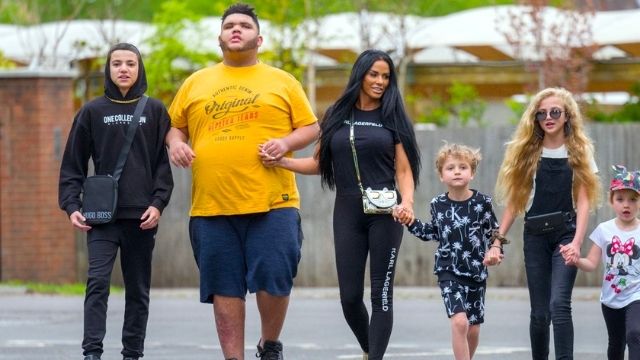 It wasn't until 2017 where it was a month of highs and lows. Katie started going out a lot more and was caught by paparazzi for flirting with other men. In July 2017 Kieran revealed that he had caught Katie messaging DJ Tom Zanetti, the pair met when working on music together and exchanged a few flirty messages.

According to Heat World magazine, Katie said she didn't feel bad at all about it, claiming: "I didn't do anything with him, unlike Kieran who cheated on me".

In August 2017 Katie Price announced she and her husband Kieran Hayler would be getting a divorce. It turned out that Kieran was having an affair with their children's nanny, Nikki Brown. This was the final straw for Katie. The couple still keep in contact to co-parent their two children.

BOOK NOW
Katie Price
Book the one and only Pricey for a personalised video message on Thrillz!

Katie is currently with her fiancé Carl Woods, who is a car salesman from Essex and also appeared on the reality TV show Love Island in 2016. Carl and Katie have known each other for a while through TV work and mutual friends; the couple were set up through their friends and began dating in June 2020.

Carl and Katie got engaged in April 2021, when he decided to pop the question, some may think it's too soon but Carl told Closer Online: "The timing was perfect, as the pandemic has helped us quickly settle into family life". 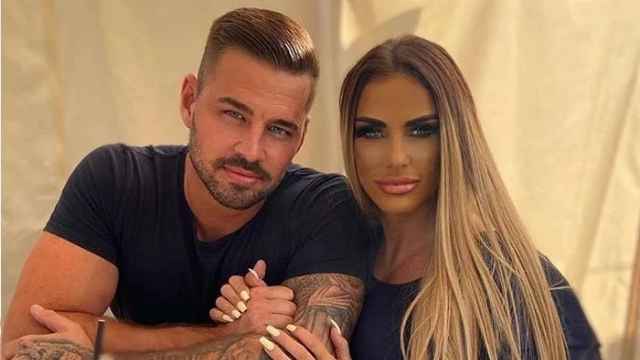 The former Love Island star Carl has seemed to have formed a close relationship with Katie's son Harvey.

What does the future hold for Katie's love life?

The mum of five has been touring the UK hosting her makeup masterclasses in Birmingham, Manchester, Derbyshire, and in recent weeks, she has been busy in Cardiff, Southampton and Belfast.

Katie has also set up and released her own false lash company called 'By Katie Price', and released bath products through another side hustle called 'Scented by Katie Price'. Katie has more recently appeared on Good Morning Britain on Monday 27th September 2021 with her younger sister Sophie, where the sisters spoke about being "polar opposites" and what their lives are like.

What does the future hold for Katie and her love life? Only time will tell...

Pricey is back! Why not book Katie Price for a personalised video message or birthday shoutout for you or a friend on Thrillz!