Blog/Kerry Katona's husbands: A dive into the relationships of the TV star 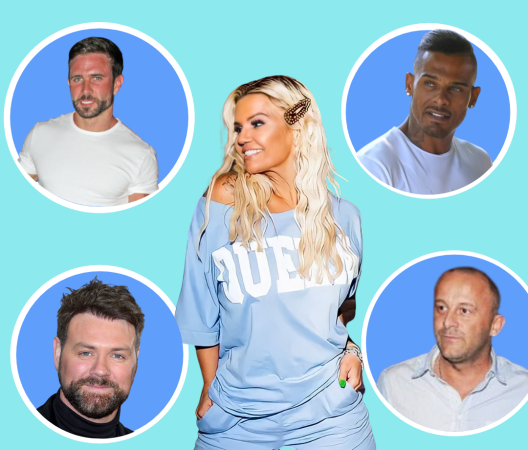 Kerry Katona's husbands: A dive into the relationships of the TV star

Kerry Katona hasn't had much luck in love from her previous relationships. The former Atomic Kitten singer has been married and divorced three times and has been the victim of cheating, abuse and addiction at the hands of her former spouses.

Thrillz takes a dive into Kerry Katona's past relationships, what went wrong and whether she is finally lucky in love today. 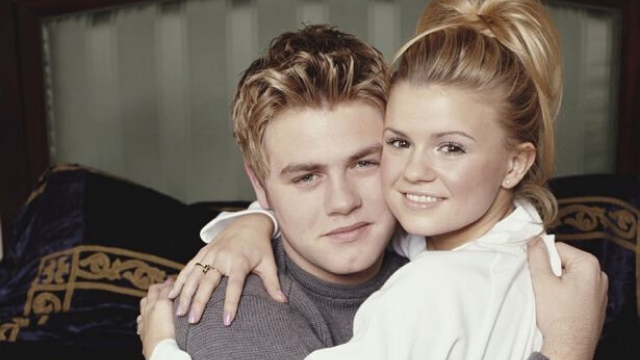 Brian McFadden was Kerry Katona's first husband. He is best known for being a member of hit Irish boyband, Westlife. Brian and Kerry met during the 1999 Smash Hits tour when Kerry Katona was still in Atomic Kitten. The two fell in love and were a match made in pop music heaven!

Kerry Katona and Brian McFadden went on to marry in January 2002 in the lavish Slane Castle in Ireland. The pair have two daughters, Molly, 19 and Lilly-Sue, 18. The marriage didn't last however and the couple split in September 2004 with their divorce being finalised two years later in December 2006. 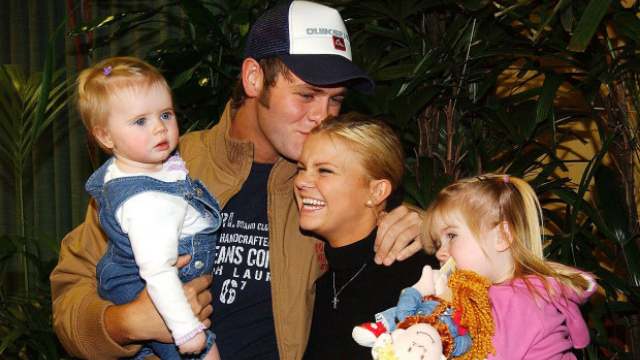 Kerry and Brian were married for four years and have two daughters together. (Image Credit: Getty Images)

Rumours surfaced of how the couple split. Apparently there was a tense phone call between the pair, with Brian McFadden admitting he didn't love Kerry anymore. According to Brian the decision to split was mutual, but Kerry insists she begged him to stay. It was later revealed that Brian cheated on Kerry with a stripper during his stag do. Kerry found out six months later by reading about it in the tabloids. 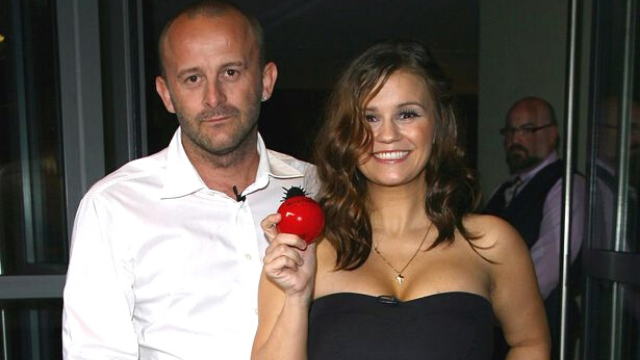 The Former Atomic Kitten singer then went on to marry taxi driver, Mark Croft, in February 2007. They have two children together, a daughter, Heidi, 14 and a son, Maxwell, 13. In her autobiography entitled Still Standing: The Autobiography, Kerry Katona describes how she met Croft when he was supplying cocaine to her mother, Sue, in September 2005.

Their marriage survived three years but cracks had already begun to show soon after the pair tied the knot. Drugs and money issues rocked their relationship and Kerry admitted she was with Mark so that she could get free drugs. Kerry and Mark Croft announced their split in 2009, they then reconciled but then officially divorced in 2011. 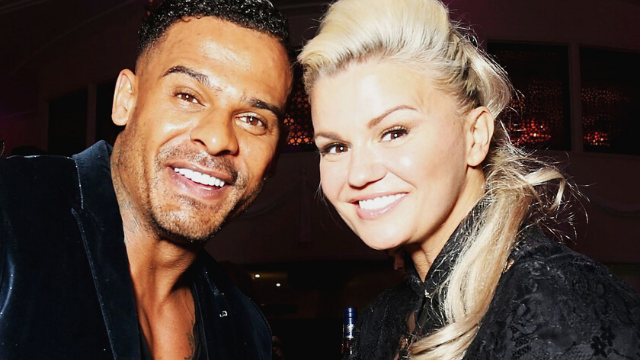 Kerry's third husband was former rugby league player, George Kay, who she married in September 2014. They have one daughter, Dylan-Jorge (DJ). Kerry and George were married for just over a year, with Kerry announcing the couple had separated in October 2015 after Kay allegedly assaulted her at their home, which he was then arrested by police for. 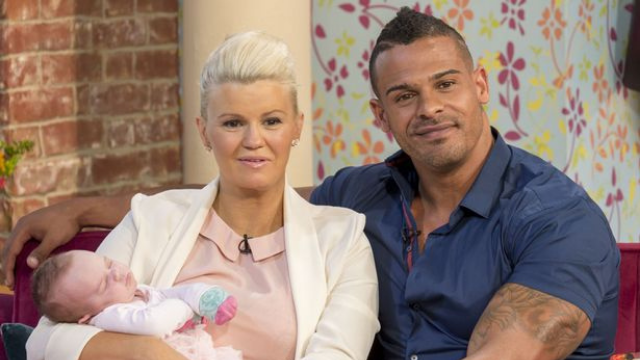 Kerry and George had one daughter together, DJ. (Image Credit: Steve Meddle for ITV)

George Kay was charged with assault by beating and possessing a banned weapon, the charges were later dropped due to lack of evidence. George, like Kerry, battled a lot with his mental health and addiction. During their relationship he was once detained under the Mental Health Act after having a 'breakdown' outside their home. George Kay later tragically died from an overdose in July 2019. 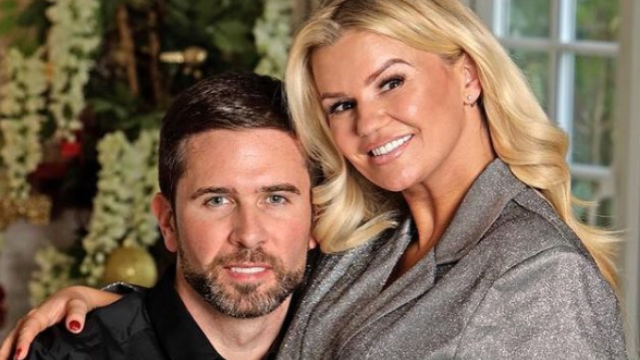 Kerry is now engaged to former boyfriend, Ryan Mahoney, who she has been with for three years. The pair met on popular dating app Bumble.

Ryan got down on one knee in August 2020 during a family holiday in Spain whilst celebrating Kerry's 40th birthday.

Ryan got the former Atomic Kitten singer a massive two carat diamond ring and showed it to her children first. Ryan is really close to Kerry's kids so he made sure he involved them before asking for Kerry's hand in marriage. 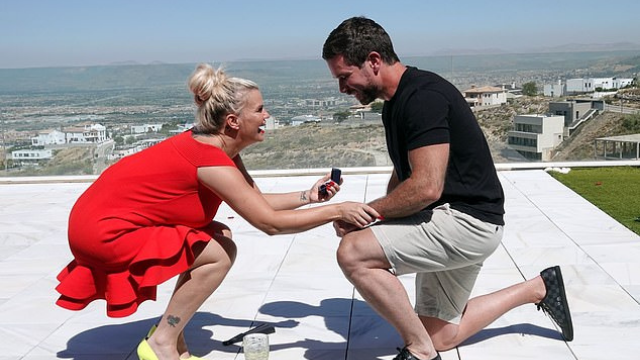 Ryan got down on one knee while he, Kerry and her children were out celebrating her 40th birthday in Granada, Spain. (Image Credit: BackGrid)

The engaged pair are very much in love but are definitely taking a different approach to Kerry's normal way of doing things. She recently told how by now, after the three year mark, Kerry has normally already been married and divorced. With Ryan, the pair are three years in and haven't tied the knot yet. Kerry is also in no rush to have kids yet, she has said however, that if she does decide to have children she will use a surrogate. 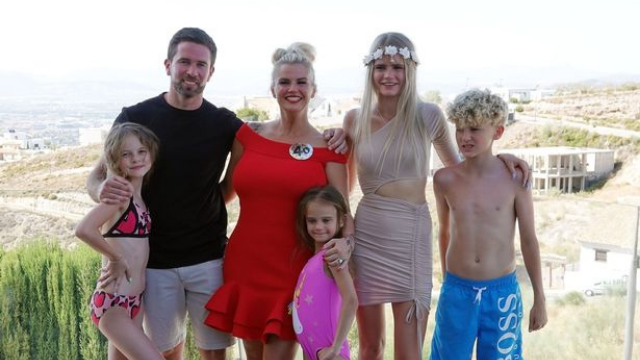 Kerry and Ryan along with four out of five of Kerry's children. (Image Credit: BackGrid)

Kerry exclusively told Thrillz: "Ryan is the guy I have been looking for my whole life. The kids absolutely adore him, I think my son, Max, is his best friend. If me and Ryan broke up, I genuinely believe the kids would go and live with him!"

When will the couple be getting married?

Kerry's fiancé, Ryan Mahoney, exclusively told Thrillz: "Getting married is on hold because of the travel restrictions, more than likely it's looking like next year. We want to go out to Las Vegas when everywhere is operating as normal so we are not restricted when we are out there and we can really enjoy it."

It is clear that Kerry Katona and Ryan Mahoney are very much in love. Whilst her previous relationships may have failed her, Ryan seems to be the silver lining in Kerry's love life.

Thrillz have had the pleasure of meeting Ryan a few times and we have only good things to say about him! Kerry and Ryan seem to bring out the best in each other, being partners in life and in business is clearly working well for them. 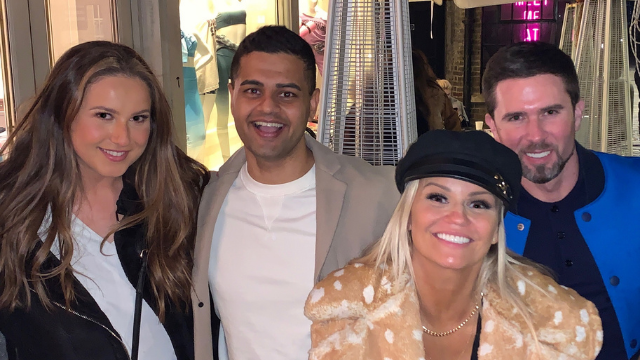 Eloise and Anjan from Team Thrillz at dinner in Mayfair with Kerry and Ryan.

Things seem to finally be falling into place for Kerry Katona, she recently announced that she has become a millionaire again since her declared bankruptcy a few years ago, with the help of her OnlyFans account and other business ventures.

Hopefully Kerry's fairytale ending can go ahead next year, and she can finally have her happily ever after that is well overdue!

Got a friend's birthday coming up? Book Kerry Katona for a personalised video message on Thrillz! It makes for a perfect and unique gift for every occasion!