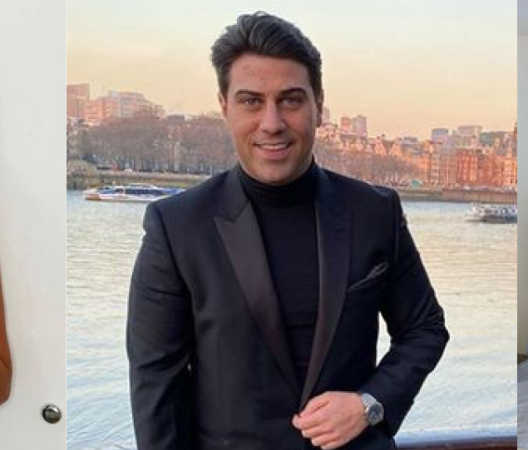 Among our vast selection of celebrities are a few very well-known reality TV stars from the UK. Reality TV shows such as Love Island are a massive hit because of how entertaining they are and, of course, the possibility of finding real love! Jon Clark and Georgia Harrison are our two celebs that have featured on Love Island and also The Only Way Is Essex. It's fair to say they have both dealt with their fair share of drama and, if not for their dynamic personalities, they probably wouldn't have made it as far as they did.

Jon was actually runner-up of the first season after his romance with Hannah blossomed when they met on the show and still regards himself as the OG of Love Island. Jon and Hannah were one of the show's favourite couples throughout, however after the show ended their relationship didn't last too long despite their entertaining relationship and the fact that Jon proposed to Hannah in what was a climactic end to the season. Since the end of the season and their break-up, Jon moved on to appear on TOWIE alongside his brother and has been on the show since. His time on Love Island gained him a big following though, and also made Love Island popular as Jon and Han's time on the show was eventful and made it difficult to stop watching! If you haven't heard of Jon already it's totally worth checking out the first season of Love Island as it is hilarious and so binge-worthy and he's one of the most entertaining people on it.

Georgia Harrison also made an appearance on Love Island in season three. The 22 year old managed to stay throughout the entirety of the season as well, after pairing up with Sam Gowland later on in the show. Her bubbly personality and her desire to meet someone worthwhile were what got her so far in the season but she wasn't fortunate enough to meet 'the one'. The personal trainer was also in TOWIE but it was for a brief period before her appearance on Love Island. Her time on TOWIE was short-lived probably due to the sheer amount of drama but she remains close friends with other members of the cast. In her time on, and off, of the show, she still managed to find herself in a love triangle and has had a few flings in her years on reality TV. If that wasn't enough Georgia even went on to star in a Celebrity version of Ex On The Beach alongside Callum Best, Joey Essex and Sophie Kasaei. Despite connecting with Olympic judoka Ashley McKenzie, the blonde bombshell left the show single but made "made friends for life". Since her time on dating shows she has moved on to bigger and better things and has appeared in shows and challenges much more out of her comfort zone.

The two eccentric and glamorous stars are often in and out of TV shows, balancing their personal and their love lives. It's difficult keeping up with what's going on! With Thrillz, they are just a few clicks away. You can have a personalised video message from them for you or someone you know who loves them. They are both funny and lovely TV personalities with a big following so it's a golden opportunity to get a video message from them, just for you.

They aren't our only UK reality TV stars worth a mention though!

Our other reality star that is widely known for her appearances in TOWIE is Nicole Bass. The 25 year old from Essex, is already a well-known name on the reality scene as she appeared in The Only Way is Essex for season 15 and 16. In January 2017, she appeared in the sixth series of Ex On The Beach, and as you would expect from the show, was involved in drama for most of her time in. She has had a few relationships with high-profile reality TV stars and models making her a prime target for those types of shows. She has also dated Lewis Bloor and Aaron Chalmers who are famous for being on similar shows.

In 2019, she was a contestant on MTV's The Challenge too. She featured alongside Georgia Harrison who she has been close friends with since meeting on TOWIE. Nicole doesn't shy away from being involved in all the action and is also a strong personality. So far she's managed to rack up 300k followers on Instagram!

So if you know someone that loves reality TV shows packed with drama, then they might just love a personalised video from one of these reality stars. A lot of people love those sorts of shows, for some it's a guilty pleasure. So if one of your mates or family does, don't hesitate! Make their day with a personalised message from one of the stars themself. It can be a question for them, advice, a motivational message or something funny, make it your own! 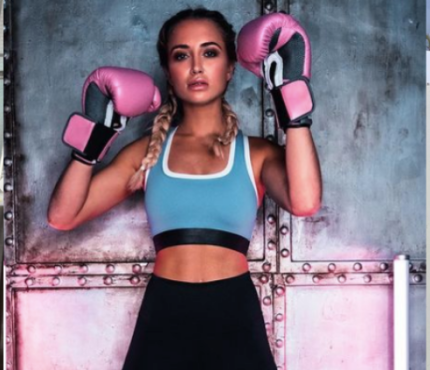 georgia harrisonthrillztowielove islandex on the beach
Reality TV Star Georgia Harrison on living a positive and healthy life.Dec 01, 2020
Get 10% OFF your first purchaseSign up for email updates and offers