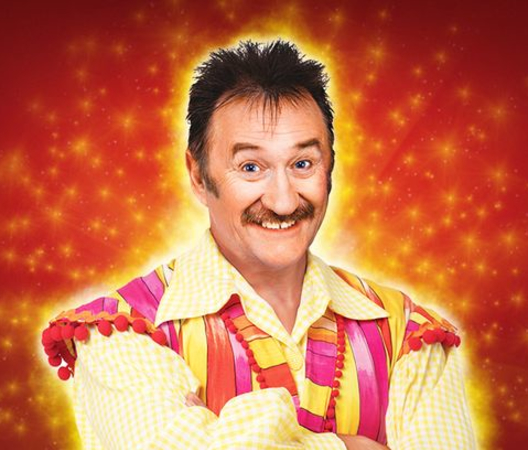 How Did Paul Chuckle Become a British TV Icon?

Exploring the Life and Career of the ChuckleVision Legend Paul Chuckle

Paul Chuckle, whose real name is Paul Elliott, became a star of the small screen alongside his late brother, Barry. The pair performed as The Chuckle Brothers for decades, and were best known for starring in the long-running CBBC children’s programme ChuckleVision. 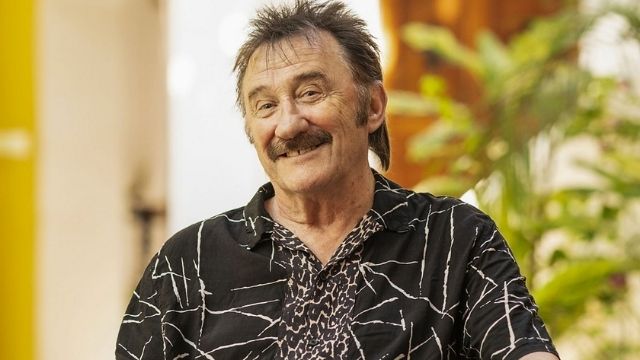 Paul Chuckle smiling after his interview with the BBC (Image Credit: BBC)

But how did Paul Chuckle and his brother become stars? And what else has Paul achieved outside of ChuckleVision?

Let’s take a closer look at this Chuckle Brother’s long and storied career.

The Chuckle Brothers’ Rise to Fame

Paul Elliott and his brother started their comedy career as The Harman Brothers, and got their big break when they won the classic talent show Opportunity Knocks in 1967. They made an impact on audiences when they appeared on New Faces in 1974, and debuted five years later on the BBC show Lennie and Jerry. Other television appearances followed, and they launched Chuckle Hounds in 1985.

In this programme, the brothers dressed as dogs and performed dialogue-free comedy routines. Chuckle Hounds’ success enabled the pair to star in ChuckleVision, a series that would make them two of the biggest children’s entertainers in UK history.

The Story of ChuckleVision

Paul Chuckle and brother, Barry, became household names with their hit CBBC series ChuckleVision. Episodes followed the hapless brothers as they embarked on a comic adventure filled with slapstick gags and child-friendly jokes.

The Chuckle Brothers’ catchphrase “to me, to you” is still embedded in the public consciousness, and the ChuckleVision theme tune is bound to stir nostalgic memories in people of a certain generation. 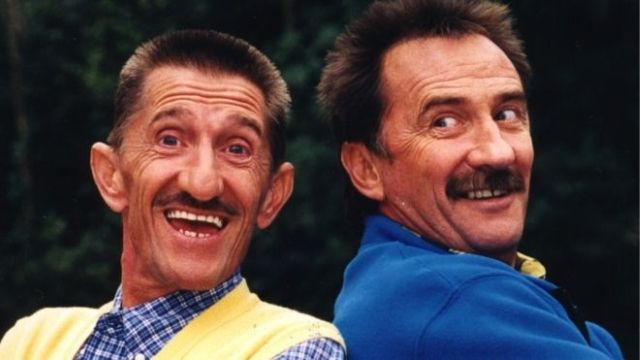 Incredibly, ChuckleVision ran for 292 episodes across 21 series between 1987 and 2009. It was voted the greatest CBBC show ever made by Radio Times readers in 2019, followed by The Story of Tracy Beaker, Dick and Dom in da Bungalow, and Horrible Histories.

Paul and Barry were joined in ChuckleVision by their real-life older brother, Jimmy Patton. He played a series of different characters referred to as “No Slacking” (his catchphrase, typically aimed at the brothers). 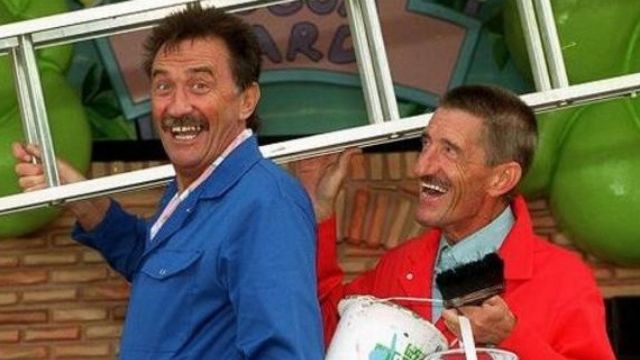 Paul and Barry Chuckle on their Tv show ChuckleVision (Image Credit: The Mirror)

Jimmy Patton was also part of a double act, The Patton Brothers, along with his older sibling Brian. Like Jimmy, Brian often appeared in ChuckleVision as “Get Out Of It!” — another character named after his catchphrase.

The Chuckle Brothers also hosted a CBBC game show, To Me … To You …, from 1996 to 1998. The pair received a Special Award for Lifetime Achievement at the 2008 British Academy Children’s Awards. They also won a series of Channel 4’s Celebrity Coach Trip in 2010.

While the sad passing of Barry in August 2018 brought the siblings’ career as a double act to an end, Paul Chuckle still remains as an active performer.

The Chuckles on Stage

As The Chuckle Brothers, Barry and Paul appeared on stage on many occasions throughout their long careers. They starred in live shows such as The Adventures of The Chuckle Brothers, Spooky Goings On, Raiders of the Lost Bark, Barry Potty and his Smarter Brother Paul in The Chamber of Horrors, and more.

ChucklesWorld and The Duo’s Animated Comeback

Barry was aged 73 at the time of his death in August 2018, which was caused by a terminal heart condition. The event prompted an outpouring of condolences from fans and fellow performers, including the stars of ITV’s Loose Women and Tinchy Stryder, who worked with the brothers in 2014. 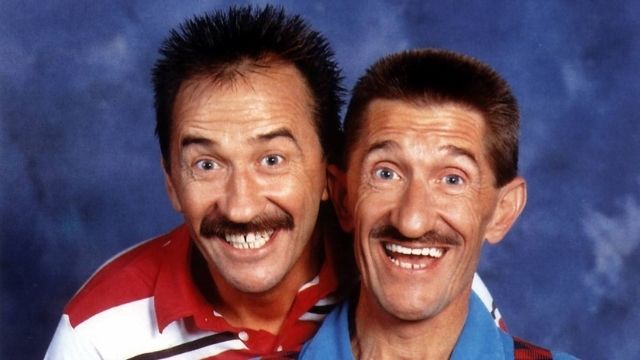 The Chuckle Brothers could return as an animation or book (Image Credit: The Mirror)

In a Yorkshire Live article, Chuckle invited artists to submit sketches of himself and his late brother, Barry, “as [they] were”. He said that “The Chuckle Brothers have lived on”, and that he “constantly [gets] lots of lovely messages, thousands of social media followers and [he gets] stopped in the street all the time”.

The Chuckle Brother promised that he would “personally see every” illustration submitted for ChucklesWorld, and that it wasn’t a competition.

If The Chuckle Brothers return to screens in animated form, or in a series of children’s books, it’s incredibly likely that fans will embrace the new project with open arms.

Who is Paul Chuckle Married To? 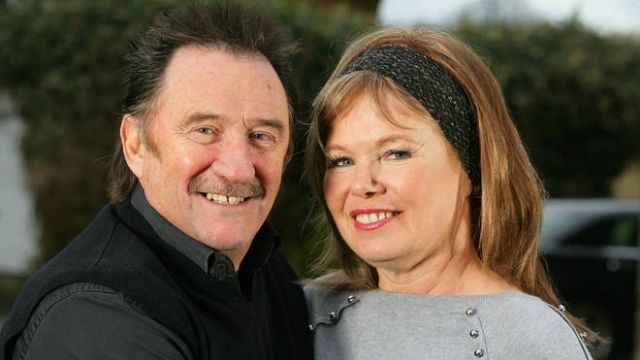 Unlike Paul Chuckle, wife Sue prefers to avoid the public eye and lives a quieter life. Still, she has received some media attention over the years. For example, Paul Elliott told Express.co.uk in May 2020 that his wife, Sue, didn’t know whether he was “going to live or die” after he contracted COVID-19. He was diagnosed with Coronavirus via phone after Sue used the NHS 111 phone service.

The Chuckle Brothers star and wife Sue own a number of properties in multiple European countries, including France and Italy.

Do Paul Elliott and Wife Sue Have Kids?

The Chuckle Brother has a son, Paul Jnr. He made the news in 2018 after he had an image of his dad’s face tattooed on his right leg. While Paul Elliott appeared delighted with his son’s tribute, he claimed that wife Sue “hates tattoos”.

BOOK NOW
Paul Chuckle
Paul Chuckle is a British icon and a legend in his own right! Why not book a personalised video message from me, to you... to me, to you, from Paul Chuckle!

His daughter, Nicola, tragically passed away in 1975, aged just three months old, due to a rare liver condition.

In September 2020, Chuckle revealed that he is related to Sophie and Peter Sandiford of Gogglebox fame. He said that he is “proud to be Great Uncle Paul” to the siblings.

Where Can You Find Paul Chuckle Today?

In recent years, fans may have seen Chuckle appear on various popular game shows to raise money for good causes. He has taken part in Tenable All Stars, Pointless Celebrities (alongside Dani Harmer, best known for her role as Tracy Beaker), and Celebrity Mastermind. On the latter, he played in aid of Marie Curie and chose English Football Clubs in the 2018 - 19 season as his specialist subject.

But Paul Elliott is also busy with his DJ work. An October 2021 North Wales Live article revealed that Chuckle would celebrate his 74th birthday with a DJ set at the Cube Nightclub in Bangor, North Wales. 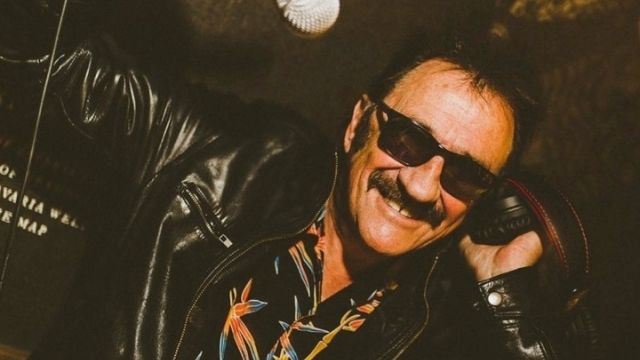 He told North Wales Live that he was “really looking forward” to the gig, and was excited to “get everyone on that dance floor”. This gig was part of a tour, in which The Chuckle Brother performed at many venues throughout the UK.

A mobile game based on The Chuckle Brothers, titled Chuckle World, was released for Android and iOS devices in 2016. The game was a Tinder-style quizzer featuring thousands of questions. Players could answer by swiping left or right on their mobile screen, with questions for players across all age groups.

He currently lives with his wife in Serlby, Doncaster

Do you want a personalised 'to me to you' video message from Paul Chuckle? You can book him now on Thrillz!