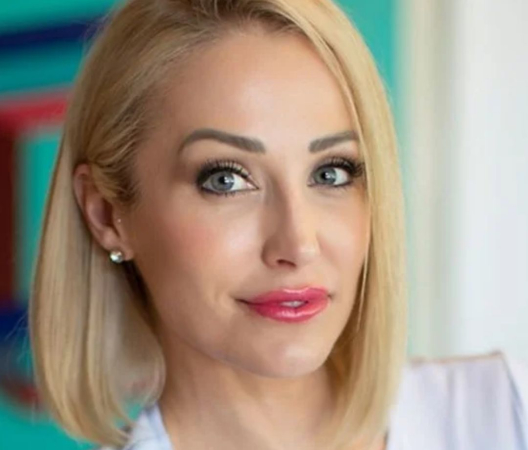 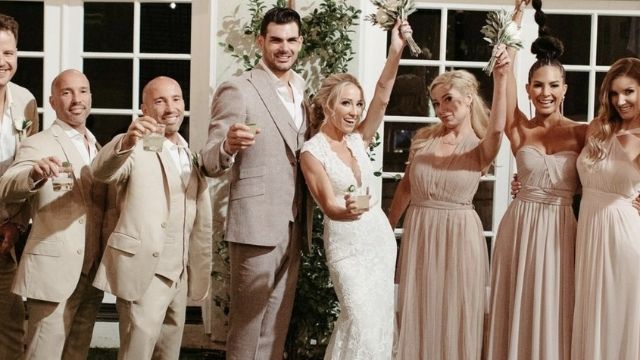 Mary Fitzgerald and husband, Romain Bonnet, are two of the main stars of Selling Sunset, the hit Netflix series that debuted in 2019. Mary’s a hugely successful, intelligent, ambitious, and glamorous real estate agent with the Oppenheim Group, a firm specializing in luxury properties. Romain’s a French model and former pastry chef who has been at her side throughout Selling Sunset. Together, they’re a beautiful, likeable, strong couple.

It’s little surprise that their wedding became one of Selling Sunset’s biggest storylines, and their marriage has continued to be a major theme in the Netflix show. But how did they meet? And does their age gap affect their relationship? Join us as we dive into the story of the Selling Sunset golden couple. 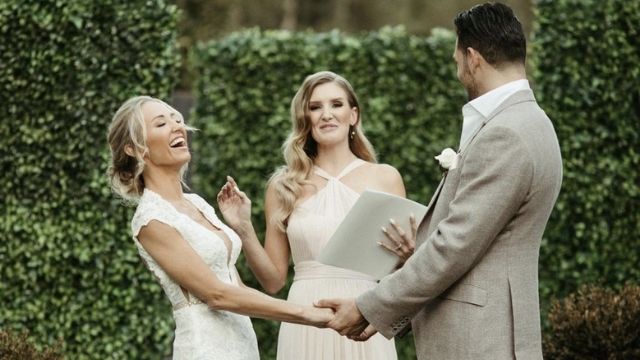 Mary Fitzgerald and Romain met when she became the model’s realtor. He was looking to buy a property in the Hollywood area after his career brought him to Los Angeles – and this Frenchman hit the jackpot. Romain had built a successful portfolio after modelling in a variety of sports-themed shoots, from swimming and tennis to rock climbing, and was attracting a lot of interest in the City of Angels.

According to Women’s Health Mag, Mary said: “Romain flew out to look at some homes in the area and I was his agent! We hit it off from there.” Romain secured plenty of bookings in the area, and his modelling agency suggested he relocate to take advantage of his booming popularity. (Don't cha wish it was that easy to get a holiday!)

How Big is the Age Gap Between Selling Sunset’s Mary Fitzgerald and Romain Bonnet?

There’s a 13-year age gap between Mary and Romain — but that’s not an issue. Mary has been very open about it: “I know we have an age difference, but it just never bothers either one of us.” She continued: “We don’t really think about it.” Clearly the old adage: love has no age, no limit; and no death is applicable here.

How Does the Age Gap Affect Romain’s Relationship with Mary’s Son?

Mary has a 23-year-old son, Austin, who’s just a few years younger than Romain. But Mary has assured fans that this isn’t a problem. 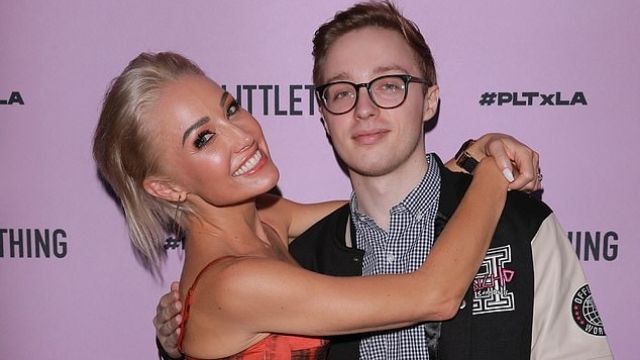 “They get along really well,” she told Hello! “They don’t look at each other like a son and stepdad.” She also said that Austin admires and looks up to the "guys that are very important and special in my life and are a central part of [it]". She particularly refers to Brett and Jason, and now Romain too, as key companions that act as role models for her son.

The wedding of Mary Fitzgerald and Romain Bonnet was one of the high points of Selling Sunset season two.

But guess what? The couple had already legally tied the knot months before the televised wedding in a civil union at the Ventura Courthouse, back in March 2018. They chose not to tell fans, and instead, officially marked their commitment to one another with the wedding day that was filmed for the season two finale. It was an intimate event with the golden couple surrounded by friends and family (cue happy tears). 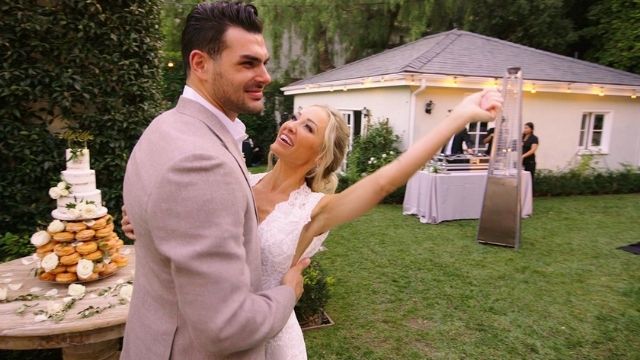 The couple had a secret civil union before their "official" wedding in the Selling Sunset finale. Image credit: Netflix.

Why Did Mary and Romain Keep Their Civil Union a Secret?

A representative for Mary Fitzgerald and Romain Bonnet said that they chose not to tell anyone, even friends or family, about their March 2018 wedding as “they were still trying to see if their relationship would work out in the long term. In their minds, they weren’t properly married until the wedding was filmed during the show.”

BOOK NOW
Mary Fitzgerald
Why not get a personalised message from Selling Sunset's favourite realtor? 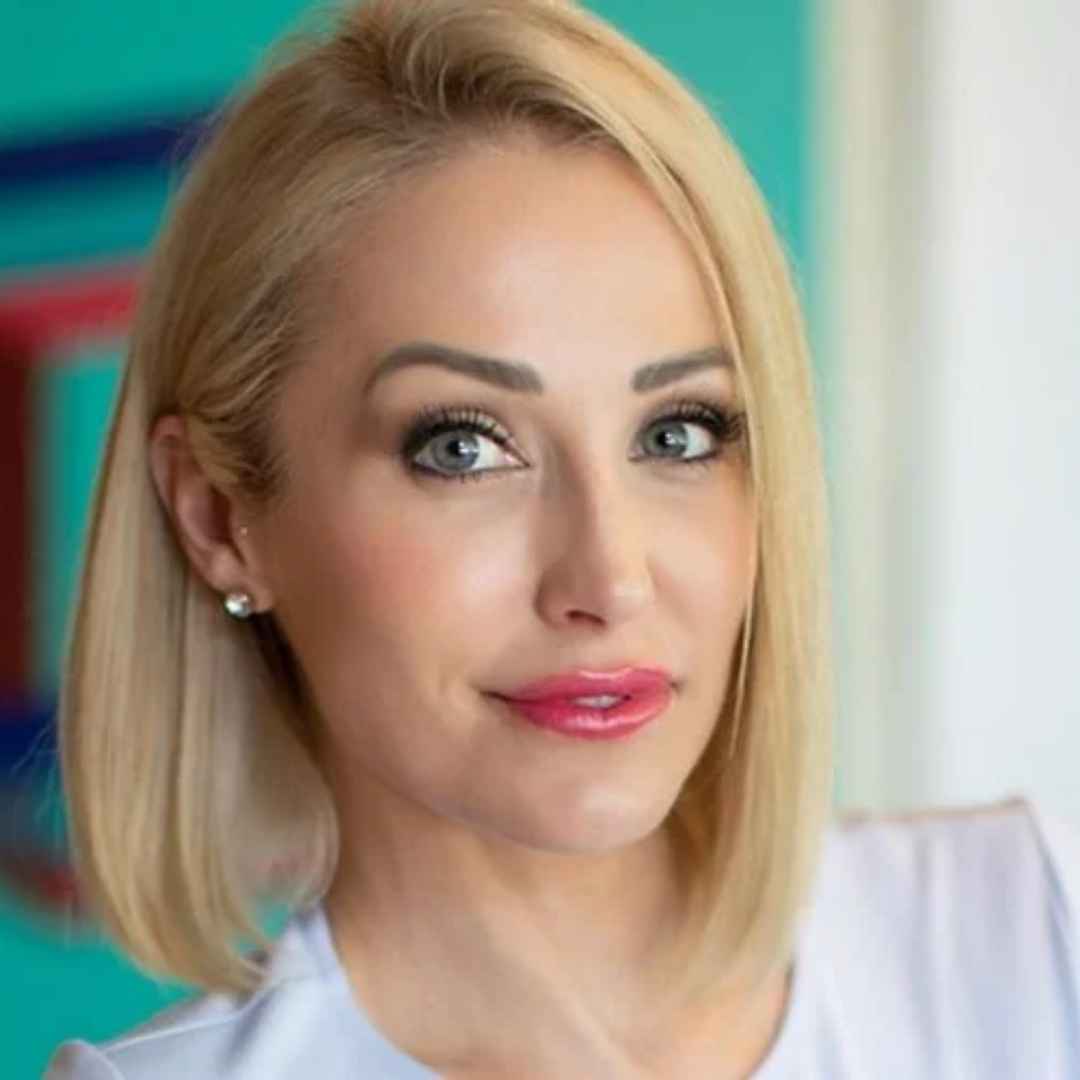 Mary described the ceremony filmed for the show as her “dream wedding”. She told People: “Neither of us are big, showy kind of people, and we just wanted the people closest to us, where it just felt sincere and comfortable.” Viewers got to watch Mary's wedding planning during the build-up to the event, watching in anticipation and with glee. 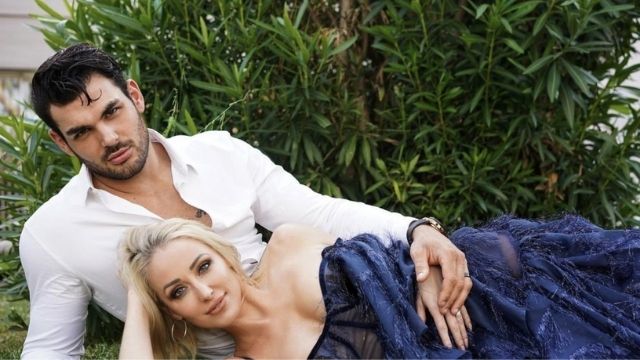 Mary shared this picture on Instagram with the caption: "Love is the answer." Image credit: Ricardo Guerrero.

Her Selling Sunset co-stars were present on the October 2019 wedding day, including Heather Rae Young and Chrishell Stause. Fellow agent, Christine Quinn, had her own wedding that was filmed for the show in season three, and captured fans' imaginations by wearing a black dress instead of the traditional white gown. Très chic! 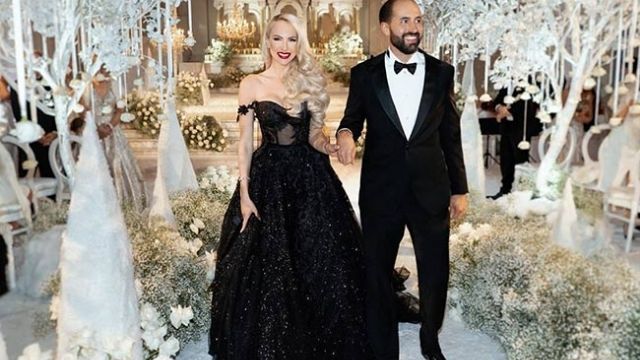 How is Married Life for Mary Fitzgerald and Romain Bonnet Today?

Since the on-screen wedding, Mary has said that she and Romain “don’t see each other a lot” (according to Us Magazine). She worked from home frequently during the pandemic, as millions of other people did, while Romain spent time at various locations as a project manager for the Oppenheim Group. 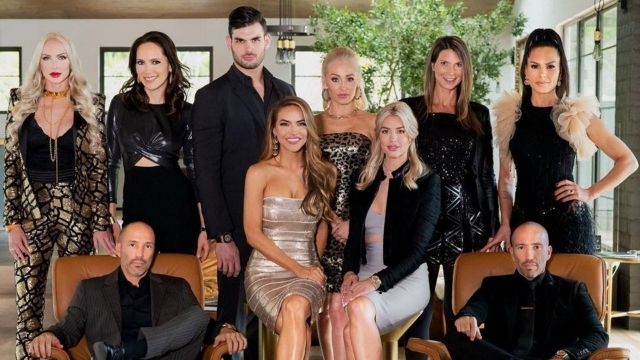 Mary said that they were “like ships passing in the night,” and were “looking forward to spending time together”. She believes spending time apart is the secret ingredient that has helped their marriage stay so successful: “We don’t have time to fight. It probably does help […] we’re always still looking forward to seeing each other. We’re not at each other’s throat.” Perhaps this is the secret to a happy marriage...

Fans will see the couple’s marriage continue to blossom when season four of Selling Sunset hits Netflix on November 24th, 2021.

Psst, don't forget that you can get a personalised message from Mary Fitzgerald right here at Thrillz! Whether it's a birthday present, Christmas gift, or perhaps some words of reassurance on your wedding day, make it one to remember with a video you can keep forever.