Alan Kennedy (date of birth 31 August 1954) is a former footballer best known for his time with Newcastle United, Liverpool, and Sunderland. Kennedy played for Liverpool when… read more

Alan Kennedy (date of birth 31 August 1954) is a former footballer best known for his time with Newcastle United, Liverpool, and Sunderland. Kennedy played for Liverpool when the club won five league championship titles in a row, from the 1978-79 season to 1983-84. He also earned two international caps for England, and scored multiple decisive goals that helped his teams win League and European Cups.

Kennedy started to play football professionally when he joined Newcastle United at just 18 years old. He stayed at the club for five years, and scored 9 goals across 158 appearances. Kennedy was part of the team when Liverpool destroyed Newcastle United's FA Cup Final hopes in 1974, and transferred to the Reds just four years later in a record-breaking deal. Liverpool paid £330,000 for Kennedy, the highest amount ever paid for a full back at the time, as a replacement for Joey Jones.

However, Kennedy has openly discussed his challenging debut for Liverpool, and admitted that the pressure he felt in that match against Queens Park Rangers "was a little bit too much" for him. At halftime, manager Bob Paisley even voiced his concern over Kennedy's performance with the jaw-dropping line: "Alan, I think they shot the wrong Kennedy."

Still, Alan Kennedy soon became recognised as one of the club's most important players and played a key part in some of LFC's major victories. He also went on to form a strong defensive lineup with Phil Thompson, Phil Neal, and Alan Hansen.

Kennedy made more than 250 appearances for Liverpool during his eight-year stay, and scored 15 goals. He played in 37 matches during his first two seasons with the Reds, winning League Championship medals for both.

Alan Kennedy scored a pivotal goal in Liverpool's League Cup Final against West Ham in 1981. Neither team had secured a goal by the end of the match, and it looked set to stay that way for much of extra time. However, Alan Kennedy changed that when he scored at the 118th minute.

Unfortunately, West Ham equalised with a penalty and the match ended 1-1. As a result, Liverpool and West Ham replayed the game at Villa Park a few weeks later. Liverpool stormed to victory with goals from Alan Hansen and Kenny Dalglish, and this was the first (but certainly not the last) time that LFC won the League Cup.

Another milestone achievement in Kennedy's career came when he scored a crucial goal in the League Cup Final against Manchester United in 1983. He pulled this off with just 15 minutes left to play, leading Liverpool to win 2-1 in extra time. Bob Paisley lifted the trophy to mark the last major final as Liverpool's manager, and this was the Reds' third successive League Cup. LFC's victory prevented Manchester United from becoming the first team to win both the League Cup and FA Cup in the same season.

Kennedy also scored the only goal in the European Cup Final against Real Madrid in 1981, in Paris. He launched a stunning cross-shot past the Real Madrid keeper late in the match's second half, and made scoring vital goals look easy.

This terrific achievement enabled Liverpool to lift the trophy, but Kennedy came close to missing this unforgettable European Cup match altogether when he fractured his wrist in the semi-final first leg match against Bayern Munich. Kennedy wanted to play despite this injury. The solution? A metal cast strapped to his wrist. Looking back on the event for the BBC, Kennedy said: "It was a bit cumbersome and heavy and would undoubtedly be classed as dangerous in today's football world."

As well as contributing to Liverpool's remarkable victory over the formidable Real Madrid, Alan Kennedy made another incredible achievement during another European Cup Final, this time against Roma in 1984. Liverpool and the Italian champions were equal at 1-1 by the end of the match and after extra time. Fortunately, Kennedy scored a critical penalty that netted Liverpool another European Cup victory.

Next, Alan Kennedy joined Hartlepool United, then played for two European teams: Boldklubben 1903 and Beerschot (now K Beerschot VA). Kennedy returned to the UK in 1988, when he played for Northwich Victoria. The following year, he joined Colne Dynamoes and made 16 appearances for Wrexham. Alan Kennedy also played for Morecambe, Netherfield, Radcliffe Borough, and Barrow.

Kennedy's career came to a close at the age of 40 after he spent years playing non-league football, but he continued to represent Liverpool in the Sky Sports Masters series in later years. He also took part in a charity match against AC Milan Glorie in 2019, playing for Liverpool FC Legends alongside other beloved stars like Michael Owen and Jamie Carragher.

At the time, he told the Daily Mail that he'd "have gone mad" if he hadn't been invited to play. He continued: "I've kicked a ball since I was a kid and I am still kicking a ball." In total, Alan Kennedy played in more than 500 matches throughout his professional career.

What TV Shows Has Alan Kennedy Appeared In?

Alan Kennedy has featured in various TV programmes since he started his career. These include Football Focus, Reds & Blues: The Ballad of Dixie & Kenny, Celebrity Eggheads, and more. He also appeared in the second series of Harry's Heroes: The Full English, in which renowned manager Harry Redknapp brings a team of former England players out of retirement for one more game. Other players to take part in the series included David Seaman, Robbie Fowler, Matt Le Tissier, Paul Merson, and Neil Ruddock.

Alan Kennedy has also been a pundit for Sky Sports, has appeared on Capital FM, and is a popular After Dinner speaker.…

Alan Kennedy (date of birth 31 August 1954) is a former footballer best known for his time with Newcastle United, Liverpool, and Sunderland. Kennedy played for Liverpool when the club won five league championship titles in a row, from the 1978-79 season to 1983-84. He also earned two international caps… 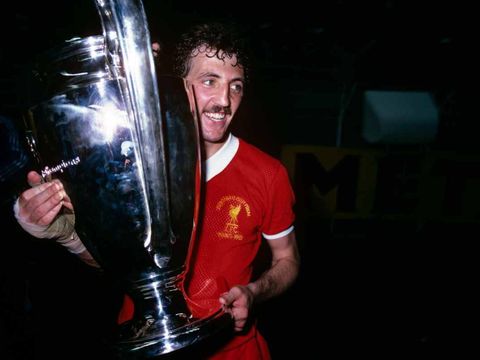