Book a personalised video from David from Milkshake!
Cancel

Shout out package
Book me for a personalised video message for any occasion for you or a loved one
Consumer£15
Business£60
Performance package
Would you like me to sing your favourite song? Or sing a special happy birthday song? Nows your chance!
Consumer£20
Business£80
Book Now

Actor, singer and presenter of the hit kids TV show Milkshake, David Ribi, began performing in 2008. He is one of the most notable West End performers to date, starring in Dreamboats and Petticoats, the first ever UK tour of Mamma Mia, and the European Tour of the Rocky Horror Show. Outside of performing, Ribi teaches workshops, training sessions and singing classes to budding performers across the country. He has a number of theatre credits under his belt and high status on stage and TV.

David Ribi was born on 1st August 1987 in Surrey, England. When he was just a young lad, he sang in choirs, open mic nights, school and university shows. Ribi was unaware at the time that performing arts schools existed, as his sixth form college was fairly corporate and academic. So Ribi enrolled for a degree at the Royal Holloway University to study Drama and Theatre.

Training as an Actor

During his time at university, Ribi realised he preferred the performance side over the theory, and started to invest his attention towards physical theatre. He enrolled and trained at YEM Theatre School until 2006, where he achieved a diploma in musical theatre. In an interview with Industry Secrets, David says that the benefit of not having trained professionally in performing arts schools like ArtsEd and LAMDA was that he"didn't have the generic musical theatre classification", but was told he had a more "raw nature, which made [him] stand out".

Starting Out in Musical Theatre

David believes that he became an actor in the West End because he was in the "right place at the right time". He spent 10 years in musical theatre and West End shows; Ribi was cast in the ensemble of Mamma Mia's UK Theatre Tour, as Brad Majors in the European Tour of the Rocky Horror Show, Matt White in the number 1 UK Tour of Hairspray and as the lead character Bobby in Dreamboats and Petticoats. Other notable mentions are David's role as the Gingerbread Man/Bobby Shaftoe in Wave the Stick Productions' of Nursery Crimes at Kings Head Theatre and Frankie Valli/Buddy Holly in the UK Tour of Shakin' All Over.

Earlier roles saw David Ribi at the Regent Theatre (as Tim Hernshaw in Rent), the Bloomsbury Theatre as The Voice of Tomorrow soloist in Murdoch Scott Productions and much more. With an impressive vocal range as a Bari/Tenor, David sang and performed in several touring productions in lead and ensemble roles. He also recorded the debut album as Benny/Piano in the Waterloo UK Original Cast.

After a decade where David toured internationally, the performer admitted he lost a bit of interest in musical theatre. Although he enjoyed the process, Ribi desired to use his brain more and wanted something different. Ribi took his next steps into the music industry, writing his own music and becoming a musical director for 'Triptonic' (which is well-known on worldwide cruises). After this, David Ribi was a well-seasoned professional session singer and music producer.

Becoming a One Direction Member

In 2014, David formed a tribute band 'Only One Direction' and portrayed the One Direction band member Niall Horan. The band performed internationally, including a United Arab Emirates Tour in Dubai. Fans watched the "West End boyband" performing hit classics, and the performers wore the same outfits as the original famous five.

David was part of the 'West End Onesie Club', the band initially consisted of other West End performers like Sabrina Aloueche and Tim Driesen, who released the song "Onesie Time" which was co-written by Ribi. This saw the band performing in their onesies during the recording process. David has also released new songs and covers with award-winning writer Scott Alan, demonstrating a wide range of singing styles, from musical theatre to pop and beyond.

Through a friend, David Ribi found out about Milkshake and the audition process. He fell into presenting, but it was never something he initially aspired to do. "Suddenly I was sat in a studio with a camera in my face... and it was scary but really fun at the same time. I think it went quite well because I got the job". Ribi joined the cast of Milkshake in 2017, and quickly became a huge British TV personality. Shows were originally live when Ribi first started, now they are pre-recorded. Milkshake is a morning TV staple for the majority of kids across and David also performs in their UK theatre tour.

Before making his stage debut, David filmed funny videos on YouTube, which includes singing the Pokèmon theme tune, a testament to his prior presenting days. The TV personality can also play grade 7 piano and can adopt many accents, like cockney, Scouse and Irish. Outside of performing, he loves travelling and is a skilled roller-skater. David is also a proud patron of Sensory Park Autism Centre, established to give families support in special educational needs (SEN).

What's Next for David Ribi?

David Ribi is a person who wants to keep doors open. He has several other jobs, such as directing a harmony group, dabbling as a singer-songwriter, and also sings at weddings and on cruises. He will likely become a huge presenter on several UK television shows and anything that requires his musical ability. David also provides tutorials and workshops for people who want to become presenters.…

Actor, singer and presenter of the hit kids TV show Milkshake, David Ribi, began performing in 2008. He is one of the most notable West End performers to date, starring in Dreamboats and Petticoats, the first ever UK tour of Mamma Mia, and the European Tour of the Rocky Horror Show. Outside of performing,… 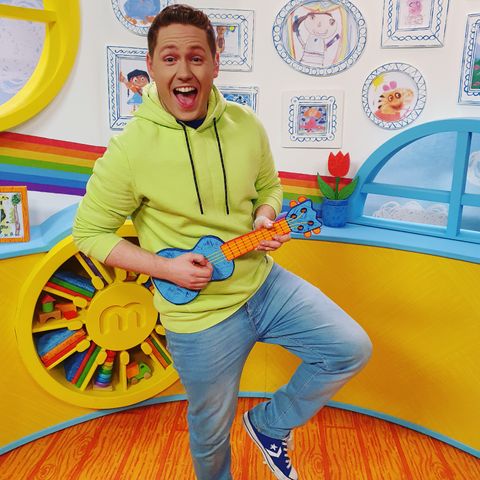 Shout out package
Book me for a personalised video message for any occasion for you or a loved one
Consumer£15
Business£60
Performance package
Would you like me to sing your favourite song? Or sing a special happy birthday song? Nows your chance!
Consumer£20
Business£80
Book Now