G
Greg
Shout out
Stag do
Fantastic!! Exactly what we wanted!!
Jan 2022
Cancel

Shout out
Stag do

The incredible David Schaal boasts many roles as an actor and writer, earning notable credits across television and film. Well-known as Terry Cartwright (Jay's dad) from the h… read more

Shout out
Stag do

G
Greg
Shout out
Stag do
Fantastic!! Exactly what we wanted!!
Jan 2022

The incredible David Schaal boasts many roles as an actor and writer, earning notable credits across television and film. Well-known as Terry Cartwright (Jay's dad) from the hit TV show 'The Inbetweeners' and from the British sitcom 'The Office' as Taffy, David Schaal remains a true icon. He has also starred in the award-winning film Mr. Nobody, to name but one. Off-screen, David has several writing credits to his name, such as the play Reality Chokes and the short films Poppy's Present. More recently, Schaal has dabbled in poetry and as a pianist, fleshing out his impressive repertoire of skills.

David Schaal was born on 27th May 1963 in Albuquerque (New Mexico). Schaal left school at 16 years old. His keen interest in acting began after watching a production of The Caretaker by playwright Harold Pinter, starring Jonathan Price, Warren Mitchell and Kenneth Cranham.

At 19, David returned to college to study for his O-Levels, choosing English and Drama. Later, he trained at the Rose Bruford College of Speech and Drama in London. Here, he studied Theatre Arts, earning quite the reputation and necessary skills for a lifetime of acting. Before rising to stardom, Schaal worked a few dead-end jobs, including at the Institute of Electrical Engineers, a bread factory and in bars.

The Road to Television

After a lot of hustling, David Schaal landed several roles in television. This includes: Doc Martin, Silent Witness, the IT Crowd, Peak Practice and Casualty. He had a notable role as Shirley Carter's seedy landlord, Norm, in Eastenders, as well as in the popular kid's drama 'Grange Hill' as the troubled father, Tom Hargreaves.

After breaking into the acting scene, Schaal landed a role on the Channel 4 iconic show The Inbetweeners and in Ricky Gervais' The Office. In an interview with BTG, Schaal says that his favourite role was as Jay's dad because it was "the job that bought the most fun and [he] got to go Australia to shoot the second film". This is also where the phrases "clunge" and "fwends" were born, leaving viewers in stitches.

David Schaal reminisces further, saying that he was one of the only adults that got written into the script - it was a huge scene where Jay fibs about his success to his friends. It turns out that the writer of The Inbetweeners movie forgot to cut David's scene, but it became one of the most memorable!

The actor wields a pen amongst many talents, enjoying success in this field, too. David Schaal wrote the British gangster film 'Back to Archway', which is about a hitman from the Swells family living in retirement in Spain who returns to England to locate his wife's killer. Fans may also recognise his other works in plays: Shame, Baby Blue, The Legacy of Colonel Ash, No Hiding Place and Reality Chokes.

Schaal admits he's been writing for many years and it began more as a hobby. He co-wrote the script for Heavenly Waters (about an old rock band in the 1970s who randomly discover they were super famous in Italy). In 2012, Schaal wrote the play 'Brotherly Love' which is about two estranged brothers and was performed at the Real London Ensemble starring Eva Gray. Schaal says that acting is his first love and a full-time career, but writing comes a close second, so he aims to pursue this to the next level.

From the Small to the Big Screen

David Schaal racked up several film credits throughout his career. He has starred in the football hooligan film I.D., Kidulthood and Dirty Weekend. Fans might also remember Schaal playing Eric in Ben Wheatley's film 'Down Terrace'.

In 1999, Schaal played the role of DS Bevan, a family liaison officer, in The Murder of Stephen Lawrence directed by Paul Greengrass. He told BTG that this was his most challenging role, as it felt very raw and emotional to be part of. More recently, Schaal starred alongside actors Olivia Williams and Rufus Sewell in 'The Trouble with Jessica', a new dark comedy film.

Some of David Schaal's writing works have taken to the stage. He even earned his stripes as a director at the Edinburgh Festival for Reality Chokes, in which he also played the character 'Rob'. Schaal is also an acting coach at The Reel Scene, teaching aspiring actors his tips and tricks for the industry.

David Schaal has also performed in gigs at Blackpool Rebellion Punk Rock Festival for poetry. He was inspired by professional poets Steven Wells and John Cooper Clarke. He claims that John Cooper Clarke was the beginning of modern-day spoken word poetry and the early onset of rap. Although David doesn't consider himself a professional poet, claiming it's "more a hobby than a career" and just something he's enjoyed from a young age.

In his free time, David loves watching American dramas, including Breaking Bad, The Sopranos and Deadwood. In the future, he would like to start a podcast or be a part-time radio presenter. David Schaal is a West Ham United fan, and holds a season ticket to the games. He's also on Thrillz and creates personalised video messages for his fans in the UK!…

The incredible David Schaal boasts many roles as an actor and writer, earning notable credits across television and film. Well-known as Terry Cartwright (Jay's dad) from the hit TV show 'The Inbetweeners' and from the British sitcom 'The Office' as Taffy, David Schaal remains a true icon. He has also… 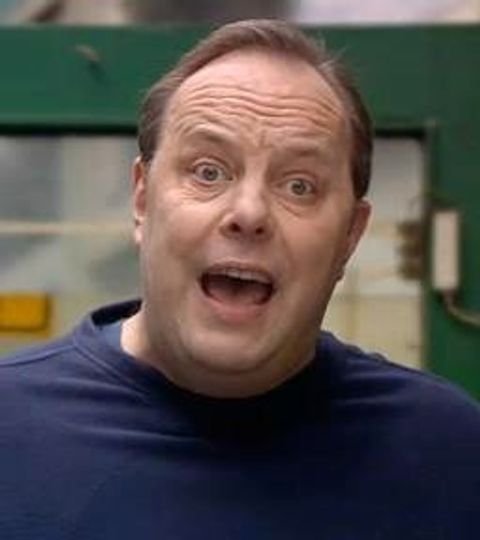