Helen Fospero is a British TV journalist and presenter. She has appeared on many popular programmes for major channels, including Lorraine and GMTV for ITV, The One Show for the BBC, and Sunrise for Sky News. Helen is also an experienced, successful corporate host, and has presented events for some of the world's biggest brands.

The Start of a Successful Journalism Career for Helen Fospero

Helen was born in Cleethorpes, Lincolnshire, but was raised in Grimsby. She began her journalism career with a job at her local newspaper before she became involved with a national news agency. Helen soon started contributing to tabloid and broadsheet newspapers based in London's famous Fleet Street.

In the late 1980s, Helen was one of the first journalists selected by Sky Television, and started working for Sky News as a home news editor.

Working as a Presenter on Sunrise, Live at Five, and GMTV

Helen stayed with Sky News for almost a decade, and worked as a presenter for its shows Sunrise and Live at Five. She moved to GMTV in 1997, and became a Showbiz correspondent. Later, Helen left the UK to work as a US correspondent based in New York City. As a result, she was in Manhattan on 11 September 2001 and witnessed the attack on the Twin Towers from her apartment. Helen was the only British TV journalist to watch the World Trade Center fall in person.

Later, Helen delivered news on the day's events while broadcasting live from Ground Zero. As ITV's US correspondent, Helen also covered other crucial events such as the US presidential elections.

Helen returned to the UK and became a newsreader on GMTV's News Hour in 2009, before taking over as the main newsreader for both the main show and GMTV with Lorraine. She stayed with GMTV until it ended in September 2010.

What Other Shows Has Helen Fospero Presented?

Helen Fospero has worked as a stand-in presenter on many episodes of ITV's long-running morning show Lorraine when host Lorraine Kelley has been away. Helen is a regular presenter BBC One's daily primetime programme The One Show, and a reporter for the channel's popular Watchdog consumer affairs show.

She has interviewed many high-profile guests throughout her career, including George Clooney, Diana Ross, and Elton John. As Entertainment Correspondent, Helen has also presented live from the Academy Awards red carpet.

Helen Fospero has travelled across the globe in her work as a corporate host and presenter. She has taken part in corporate events in South Korea, Madrid, Shanghai, and many other countries. Helen counts such major brands as Barclays Bank, Rolls-Royce Motor Cars, and Pioneer Investments amongst her clients.

Helen regularly hosts award ceremonies, presents conferences for blue-chip clients, and performs voice-overs for diverse projects. One of her most notable projects involved running Investor Allstars, which celebrates achievements in Europe's tech scene, for ten years. Attendees have praised Helen for cultivating a wonderful atmosphere and handling what can sometimes be a demanding crowd.

Helen is a founder of Nicholls Spinal Injury Foundation (NSIF), which was launched by renowned hotel chef David Nicholls after his son became paralysed. Helen has helped the foundation raise millions of pounds to research a cure for spinal injuries.

What is Helen Doing Now?

Amongst her business ventures and reporting, Helen can also be found recording personalised videos for fans on Thrillz. She also hosts a podcast "The Convex Conversation" which explores inspirational life stories of her guests, including Sir Mark Omrod MBE and singer Sophie Ellis-Bextor.…

Helen Fospero is a British TV journalist and presenter. She has appeared on many popular programmes for major channels, including Lorraine and GMTV for ITV, The One Show for the BBC, and Sunrise for Sky News. Helen is also an experienced, successful corporate host, and has presented events for some of… 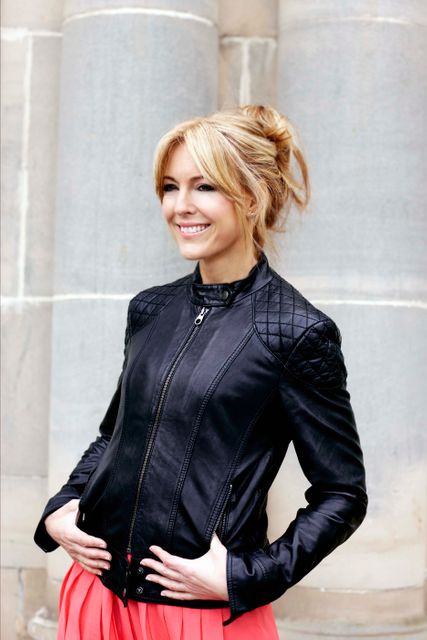