M
Martin
Shout out
Birthday
Thank you so much, it is brilliant, he will love it. Cheers. Martin Hesketh aka Heskyballs.....
Apr 2021
A
Andrew
Shout out
Anniversary
Great fun - good value as well.
Apr 2021
E
Elizabeth
Shout out
Birthday
Fantasic birthday message from Henning Wehn!
Apr 2021
W
Wayne
Shout out
Birthday
Amazing video from Henning, going to absolutely make my mums day! My mum loves henning and I cant wait…
Mar 2021
a
andrew
Shout out
58th Birthday
Excellent funny birthday shout-out. Thank you soooooooooooooo much! : -)
Mar 2021
P
Paul
Shout out
Birthday
Spot on, great video and really fast reply!!
Feb 2021
m
mark
Shout out
Valentines
Brilliant- thank you. Completed on the same day. Very happy
Feb 2021
D
Dean
Shout out
Valentines Day
Massive thanks to Henning Wehn who did a fabulous shout out for my girlfriend this Valentine’s Day. Thanks…
Feb 2021
J
Jackie
Shout out
Birthday
Thank you Henning this really made my morning!! He’ll love it on his bday on 9th feb. Hope you are all…
Jan 2021
N
Nicola
Shout out
30th Birthday
Amazing!! Absolutely thrilled with the shoutout. It arrived immediately and found it ever so funny, spot…
Jan 2021
M
Mags
Shout out
60th Birthday
Wow - thanks so much for the fantastic video - arrived so quickly and just perfectly personalised. Highly…
Jan 2021
Cancel

Henning Wehn is temporarily unavailable, enter your email below to be notified when they are back

Henning moved to the UK from Germany in 2002 where he started working in the Marketing department of football club, Wycombe Wanderers where he one day seized the opportunity to perform at an open mic night and decided to try his hand at comedy. And thus, the ‘German Comedy Ambassador’ was born.

Henning’s television and radio appearances include “Live At The Apollo”, “Have I Got News For You”, “Would I Lie To You”, “8 Out Of 10 Cats Does Countdown”, “Fighting Talk” and “The Unbelievable Truth”.

As Henning’s official website title states, he is the “German Comedy Ambassador to the United Kingdom”, a self appointed title that seems to have stuck with him throughout his comedic career.

Henning has also appeared in a few episodes of some extremely popular British comedy panel shows, including “8 Out of 10 Cats Does Countdown”, “Have I Got News for You” and has also made an appearance on “Would I Lie To You?”

Henning also made an appearance on “Room 101” in 2014, a British comedy television series based on a radio show of the same name. His appearance on the show was met with criticism and mild controversy.

He performed several other tours over the years, which includes “Eins Zwei DIY” in 2015 and 2016, “Westphalia is Not an Option” in 2016 and 2017 and “Das Neuen Materialen Nachte” and “Get On With It” in 2018. In 2017, Henning made his big screen debut in the romantic comedy “One Night in Bath” in which he played one of the supporting characters called Herman.

Reception of the German Comedy Ambassador in the United Kingdom

Henning is known for applying common German stereotypes to his comedy. The opinion on Henning’s stand-up comedy is somewhat divided. Henning sees himself as “one of Britain’s foremost social commentators” while everyone else describes him as “that German bloke”!

It’ll All Come Out In The Wash

Due to the pandemic, Henning’s next tour entitled “It’ll All Come Out In The Wash'' has had to hold its first set of shows virtually. They will be shown via zoom. This hasn’t put people off, however, as tickets have completely sold out! His tour is currently going ahead live and in person from September 2021 and tickets are available now. On Henning’s official website, the bio for the tour states: “Watch Henning give everything a good rinse and witness him wring sense out of the nonsensical. Henning has no agenda, he just happens to be always spot on. It’s a curse.”

The tour bio is followed by a couple of questionable reviews. One from The Times stating: “A master at using his outsider status. Dazzlingly funny” and one from ‘some bloke on Twitter’ stating: “He’s German but he means well”!…

Henning moved to the UK from Germany in 2002 where he started working in the Marketing department of football club, Wycombe Wanderers… 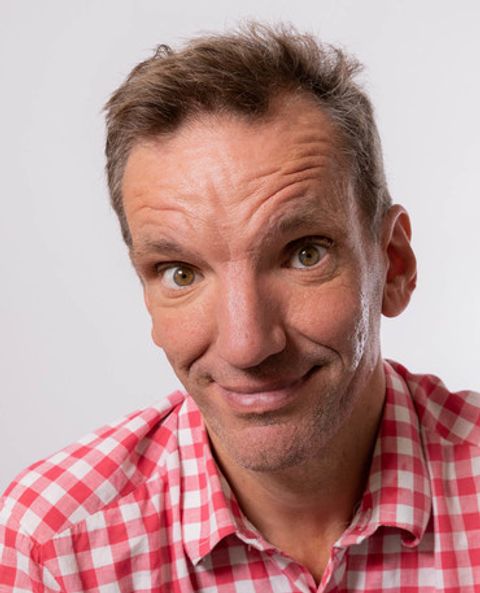 Henning Wehn is temporarily unavailable, enter your email below to be notified when they are back