R
Roger
Shout out
Friends get together
Superb delivery - thanks Hoggy!
Aug 2021
Cancel

Matthew Hoggard is a former cricketer who played for England, Yorkshire, and Leicestershire. Hoggard is also an After Dinner speaker and a cricket pundit, appearing on cricket… read more

R
Roger
Shout out
Friends get together
Superb delivery - thanks Hoggy!
Aug 2021

Matthew Hoggard is a former cricketer who played for England, Yorkshire, and Leicestershire. Hoggard is also an After Dinner speaker and a cricket pundit, appearing on cricket coverage across Sky Sports and the BBC. To this day, he is considered one of the best cricket players of our time, and continues to contribute to the sport off-pitch.

Matthew Hoggard was born in Pudsey, Leeds, on 31 December 1976. He demonstrated strong skills as a cricket player from a young age, and played for Pudsey Congs Cricket Club in his teens. When he was around 17, Hoggard met former Yorkshire player Phil Carrick, who was impressed by the young cricketer's performance.

Developing a Love for Cricket

Carrick was instrumental in helping Matthew Hoggard gain recognition from the Yorkshire club, which led to Hoggard debuting for the team at just 19 years old. Matthew Hoggard played for Yorkshire from 1996 to 2009, and made news headlines in 2006 when a small but significant side strain forced him to sit out Yorkshire's final two matches of the season. Many other well-known cricketers have played for Yorkshire over the decades, including Azeem Rafiq, Michael Vaughn, Joe Root, and Geoff Boycott.

Playing for England: Taking on New Zealand and West Indies

Hoggard had played for Yorkshire for four years when he was first invited to play for England. He replaced Andrew Caddick, who had suffered an injury, in the NatWest Series. Despite having played just two Tests, Hoggard was later selected to lead the attack during England's tour of India in 2001/2002.

When the England side took on New Zealand, Matthew Hoggard claimed 7 wickets for 63 runs. Hoggard was on amazing form again for England's tour of the West Indies two years later, and claimed the England side's 34th Test hat-trick. This helped the club win its first series in the West Indies for more than 35 years, and to become the first visiting team playing in a Caribbean series to win three Tests.

Matthew Hoggard continued to prove himself as an invaluable member of the England cricket team in 2005, particularly when he took 12 wickets for 205 in the series' fourth Test Match in South Africa. This was the best any England player had achieved since Ian Botham took 13 for 106 around 25 years earlier. Hoggard was also famously instrumental in England's win against Australia at Trent Bridge in that same year's Ashes.

He was awarded an MBE in the 2006 New Years Honours list for this achievement, and was officially ranked the world's fourth-best Test match bowler (due to his performance during the First Test match against India, where he was named Man of the Match). Shortly after, Matthew Hoggard was announced as one of the Wisden Cricketers of the Year. His career with England ended in 2008.

Matthew Hoggard left Yorkshire at the close of the 2009 season, but was appointed Leicestershire County Cricket's new captain soon after. He served as captain for three seasons, until he retired from cricket.

One of Hoggard's most notable successes in this role was leading Leicestershire to victory against Somerset in the 2011 FL t20 final. Hoggard said that was a "fantastic achievement" during what he considered "a turbulent time at the club".

Matthew Hoggard retired from cricket at the end of the 2013 season, after 17 years. He had played in close to 250 first-class matches, and claimed 786 wickets for multiple teams. Hoggard faced Hampshire in his final match. At the time, Hoggard released a statement thanking his family, friends, the clubs he'd played for, and even "past opponents" for the "support and dedication" they showed him throughout his career.

Since retiring, Matthew Hoggard has served as an assistant coach for women's cricket team Loughborough Lightning, and authored the book 'Hoggy: Welcome to My World' in 2009. This was serialised in The Times. He has also written columns for Cricinfo, a cricket news website, and the Independent's website during England's Test series in 2011.

What Other TV Shows Has Matthew Hoggard Appeared On?

Hoggard has appeared on many popular TV programmes. He has taken part in the hit BBC quiz show Pointless Celebrities twice to date: a celebrity special in 2019 and a a sport special in 2020, alongside other successful sports figures like Graeme Swann.

Matthew Hoggard also featured on the BBC's long-running sports quiz A Question of Sport several times since 2005. He has competed in Celebrity MasterChef, Celebrity Eggheads, Mastermind, and a League of Their Own.

Matthew Hoggard Today: After Dinner Speaking, Hoggy's Grill, and Beyond

It was announced in October 2020 that Hoggard was launching Hoggy's Grill, a new Rutland Water cookery school. As reported by Leicestershire Live, Hoggard has a passion for barbecuing and has "even been known to cook Yorkshire puddings on the grill - and Christmas dinner." The aim was to help attendees learn how to prepare various types of barbecued food and put their barbecuing skills to the test.

Matthew Hoggard also regularly entertains audiences with After Dinner, speaking at various types of events, drawing on his years as a professional cricket player and fascinating personal experiences.…

Matthew Hoggard is a former cricketer who played for England, Yorkshire, and Leicestershire. Hoggard is also an After Dinner speaker and a cricket pundit, appearing on cricket coverage across Sky Sports and the BBC. To this day, he is considered one of the best cricket players of our time, and continues… 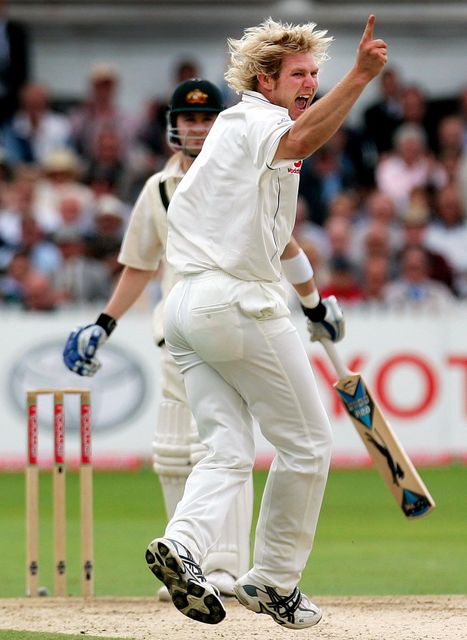