Chris Kirkland is a football coach and former goalkeeper. He played for several teams between 1998 and 2016, including Liverpool, England, and Wigan Athletic. Since retiring as a professional football player, Kirkland has coached Liverpool F.C. Women and Port Vale. He is also a mental health advocate and launched the social media platform YAPA (You Are Perfect Always).

Christopher Edmund Kirkland, date of birth 2 May 1981, was born in Barwell, Leicestershire. His father helped him hone his skills in goal from a young age, and Kirkland's strong abilities eventually won him a trial with Blackburn Rovers. He was later offered a contract with Coventry City, and signed with the club in summer 1998.

Kirkland was regarded as one of the UK's most promising young goalkeepers when he launched his football career at Coventry City. He played his first match in the League Cup, and helped Coventry City beat Tranmere Rovers 3-1 the following year. Coventry City's manager, Gordon Strachan, regularly picked Kirkland for Premier League games, and his impressive performance earned him a place on the England under-21s team. His Coventry City teammates selected Kirkland to be Players' Player of the Year in 2001, and he was also named Most Improved Player.

Later that year, Chris Kirkland moved to Liverpool in a £6 million transfer. This was the highest price ever paid for a goalkeeper in the UK at the time.

Kirkland stayed at Liverpool for five years, and made 25 appearances for the club in total. During the 2002 - 03 season, Kirkland played 14 matches in a row for the Premier League team, but was unable to continue with the rest of the season due to an ankle injury. He sustained further injuries in 2003, including a finger fracture which required surgery.

Chris Kirkland played 14 consecutive games in the 2004 - 05 season, with multiple Champions League matches, though a back injury ruled him out of the final. He was replaced on the substitutes' bench by Scott Carson. After Liverpool defeated AC Milan in penalties, Carson offered to give Kirkland his Champions League winners medal, but Kirkland declined.

He was later loaned to Championship club Leicester City, and made his debut in a victorious match against Ipswich Town in December 2010. After playing three matches for Leicester City, Kirkland played for Wigan Athletic again but was injured after colliding with another player. He was also loaned to Doncaster Rovers for a brief spell before returning to the Wigan team.

Kirkland has also set up the Chris Kirkland Goalkeeper Academy to provide training for aspiring goalkeepers, working with young children and adults alike.

Coaching Career and Returning to Anfield with Liverpool FC Women Chris Kirkland took on his first coaching role in early 2017, when he started working with Port Vale goalkeepers as a favour for his former teammate Michael Brown. He later became goalkeeping coach for Liverpool FC Women in 2018, and worked as the team's caretaker manager soon after when Neil Redfearn retired. Chris Kirkland told Sky Sports that he was "delighted" to coach Liverpool FC Women in 2018. He said: "It is Liverpool at the end of the day. It is my club. I have always supported them and used to go to games at Anfield when I was eight years old."

Kirkland stayed in his temporary Liverpool manager role for more than one month, until Vicky Jepson was appointed permanent manager. He returned to his duties as goalkeeping coach, but also acted as assistant manager. Kirkland remained at Liverpool F.C. Women until March 2019. In summer 2020, Kirkland became Colne F.C.'s Head Goalkeeper Coach.

Kirkland is dedicated to raising awareness of mental health issues, and has openly discussed his own challenges. When he spoke to This Is Anfield during Mental Health Awareness Week in 2020, he offered advice for others struggling with their own situations and shared the difficulties he faced when battling depression.

In 2018, Kirkland and entrepreneur Jack Knowles launched YAPA (You Are Perfect Always), a social media app designed to provide users with a space in which they can discuss their feelings and help others. It features no follower counts, images, or likes. Within six months, the app had become one of the 150 most popular apps on the App Store and had users in 60 countries.

He started to experience depression after moving from the Wigan team to Sheffield Wednesday, and attended Parkland Place rehabilitation centre to receive professional help. Chris Kirkland has said that talking about his own mental health challenges "felt like a massive weight" off his shoulders, and that it was "life-changing" for him. He later became the centre's sports ambassador. Speaking of his ambassadorial role, Kirkland said: "I'm not doing this for footballers, or sportspeople - I'm doing this for people in general, but I do know a lot of footballers are struggling as well."

Chris Kirkland partnered with fellow Premier League footballers. Brett Emerton and Kevin Davies, to help The Prince's Trust launch Get Started in 2008. This national programme works with young people to help them grow in confidence, develop teamwork skills, and earn qualifications to build a brighter future.…

Chris Kirkland is a football coach and former goalkeeper. He played for several teams between 1998 and 2016, including Liverpool, England, and Wigan Athletic. Since retiring as a professional football player, Kirkland has coached Liverpool F.C. Women and Port Vale. He is also a mental health advocate… 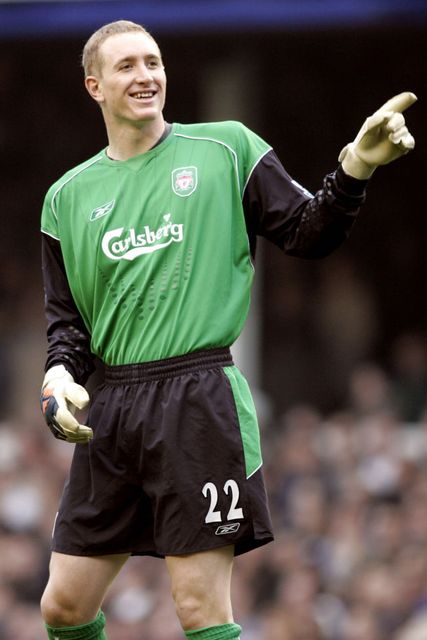