February 2021
Great video by Luke, responded really quickly and covered all the personal notes requested and more. Really appreciated and put a smile on my friends face 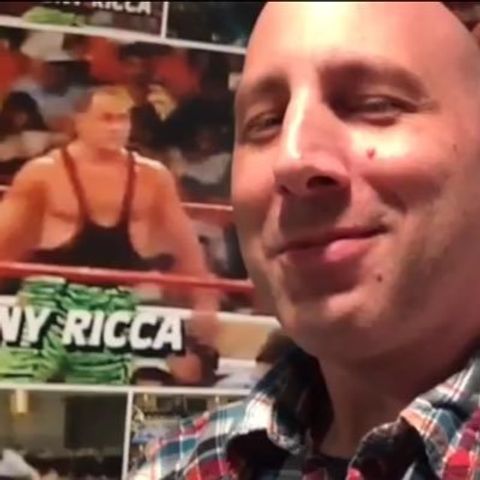 Luke Chadwick is a former professional footballer who made his mark as a midfielder in a variety of clubs across the UK. ‌ From Manchester United to Milton Keynes Dons, Luke Chadwick has a long-standing record of success on the field. Making his debut at just 19 years old for Manchester United, he’s made a total of 460 appearances across 17 years of professional play. ‌

Born in 1980 as Luke Harry Chadwick, Luke Chadwick grew up in Cambridge. While not much is known about his early life, he started football at a young age. He entered the youth leagues in 1997, playing for Manchester United for two years. His impressive performance led to him making his debut for the same club in the senior leagues in 1999. ‌

After debuting with Manchester United in 1999, Luke Chadwick went on to play for several more clubs, including West Ham United and Stoke City. ‌ When he started with Stoke City in 2005, his successful performance as a midfielder led to him securing a permanent deal — and it earned him many fans. In 2006, he signed with Norwich City, making an immediate impact as he scored on his debut. After battling an injury, he made a long-awaited comeback in several victories with the club. ‌ While still battling several injuries, Luke Chadwick joined Milton Keynes Dons for a several-year deal, later earning the award of Milton Keynes Dons Player of the Season for two years in a row. ‌ In 2014, Luke Chadwick returned to his hometown club, Cambridge United, eventually signing on permanently. ‌

After leaving Cambridge United, Luke Chadwick signed for Soham Town Rangers for one season. He eventually returned to Cambridge and transitioned into his coaching career, becoming a full-time coach for the club’s academy.

While not much is known about Luke Chadwick's net worth, his 17 years of professional experience have made him very financially successful. ‌ Today, he proudly continues to inspire the next generation of football stars with the leading children’s coaching organization. Luke Chadwick's wife, Hayley, has supported him in his career for over 14 years. Together, they have two sons, both of whom are following in his footsteps and breaking into the football scene. ‌

Speaking Out About Mental Health in the Limelight

Looking back on his many years as a midfielder, Luke Chadwick has spoken with pride about his career and his love of football. Recently, he’s spoken out about how he managed his mental health as a football star who was thrust into the spotlight at such a young age. ‌ Luke Chadwick discussed how his mental health was affected by relentless abuse in the media. The BBC TV programme They Think It’s All Over made fun of his appearance — pointing out spots on his face or teeth sticking out. These attacks on his physical appearance affected him deeply as a young player, devastating his self-esteem. ‌ After advocating for his mental wellbeing, he received an apology from the show’s former host Nick Hancock.

Getting a video message from Luke Chadwick has never been easier. Whether you want to get in touch with your favorite football star or want to surprise a loved one with a unique gift, book now for a Luke Chadwick personalised video message.…

Luke Chadwick is a former professional footballer who made his mark as a midfielder in a variety of clubs across the UK. ‌ From Manchester United to Milton Keynes Dons, Luke Chadwick has a long-standing record of success on the field.…