L
Lisa
Shout out
Thank you for a great season
So easy and such a lovely relaxed genuine message
Apr 2022
S
Simon
Shout out
Birthday
Amazing, personalised message from the legend that is Matt Dawson! Thanks so much Matt, Mum will be over…
Mar 2022
B
Brian
Shout out
Birthday
Thanks Matt that message was amazing and will make Jenny's day . I really appreciate how you put the…
Jan 2022
A
Anne-Marie,
Shout out
Birthday
Great thanks. It's Tiny not Tinnie 😂😂😂 xx
Dec 2021
B
Billie
Shout out
Charity Kayak
Such a great guy and such a perfect shout out.
Oct 2021
M
Martin
Performance
Birthday
Pretty terrible really tbh. Nothing natural about the video and it's so obvious he reading off a script.…
May 2021
K
Katie
Shout out
40th wedding anniversary
Thank you so much Matt, the video you recorded for my mum and dads 40th wedding anniversary is fantastic.…
Feb 2021
s
stephanie
Shout out
Dads 50th Birthday
Thankyou so much for the video message for my dad's 50th! It's awesome and I cannot wait to share it…
Jan 2021
C
Caroline
Shout out
Birthday
AMAZING!!!!! This is so perfect, and it will mean so much. Huge thanks.
Dec 2020
K
Katie
Shout out
Christmas
Just lovely. A very special message indeed. We are delighted and can't wait to see his face. Thank you…
Nov 2020
B
Brett
Shout out
Birthday
Incredibly fast! Thank you sir. She will be absolutely delighted (you've taken the pressure off me!)…
Nov 2020
G
Gordon
Shout out
Motivation
Can't thank you enough for this- what a message!! Received within 5 minutes of the order too! You are…
Nov 2020
Cancel

Shout out package
Book me for a personalised video message for any occasion for you or a loved one
Consumer£65
Performance package
celebrations or reminisce about old rugby days. Hi’s, goodbyes or words of motivation
Consumer£100
Book Now

Matthew James Sutherland Dawson – aka Matt Dawson – was born on October 31st 1972 in Birkenhead, England. His zodiac sign is a Scorpio. Matt Dawson is a retired rugby player,… read more

L
Lisa
Shout out
Thank you for a great season
So easy and such a lovely relaxed genuine message
Apr 2022
S
Simon
Shout out
Birthday
Amazing, personalised message from the legend that is Matt Dawson! Thanks so much Matt, Mum will be over…
Mar 2022
B
Brian
Shout out
Birthday
Thanks Matt that message was amazing and will make Jenny's day . I really appreciate how you put the…
Jan 2022
A
Anne-Marie,
Shout out
Birthday
Great thanks. It's Tiny not Tinnie 😂😂😂 xx
Dec 2021

Matthew James Sutherland Dawson – aka Matt Dawson – was born on October 31st 1972 in Birkenhead, England. His zodiac sign is a Scorpio. Matt Dawson is a retired rugby player, most known for his position in the Rugby Union as the scrum-half for the British and Irish Lions. Matt was quickly recognised in rugby internationally, as well as his win on the England side of the Rugby World Cup in 2003 against Australia in Sydney. Subsequently, he was awarded the MBE title for his enormous contribution to the sport. His famous catchphrase is "I haven't a scooby!".

Matt Dawson is a huge fan of golf and snooker, but also loves walking his dogs. Matt will often sign up to run marathons and cycle rides to raise money for charity. When asked who his heroes were, Matt told The Telegraph it was "Muhammad Ali. Rugby-wise, I always looked at Nick Farr-Jones. Other than that, I admire sportspeople who have something. James Cracknell, who I have trained with, has a hell of a lot of mental strength."

Dawson took the 12-plus exams and gained entry into the Royal Grammar School in High Wycombe. Before dedicating his life to the Rugby Union, Matt played cricket for the Buckinghamshire Under-18s as a wicketkeeper-batsman. A very sporty guy, Dawson also played football for the Chelsea Schoolboys as a winger. His first job was as a security guard and was the head coach at Spratton Hall School.

Matt Dawson began playing rugby in 1991 for the Northampton Saints and was immediately spotted on the pitch from an early age. He passed the first test, allowing him to sign up for the Rugby union. Dawson’s career took off in 1995 whilst playing for the London Wasps, quickly becoming England’s most wanted player. In his England debut, Matt had 77 caps (appearances internationally) and made a memorable performance in the game with 16 score attempts.

In the next stage of his career, Dawson joined the British Lions in 1997 in South Africa. He then toured Australia in 2001 and New Zealand in 2005. During the Six Nations Championships in 2000, he captained the team bringing the British Lions to victory.

In November 2002, Matt Dawson had a lucky escape. He sustained a neck injury that almost ended his career, after a brutal tackle by Springbok skipper, Corné Krige. England were still the crowned winners, scoring 53-3 against South Africa.

The Game of Winners

One of Matt's best playing moments to date was as captain during the World Cup in 2003. With only 60 seconds remaining, Matt made a nail-biting move, running 20 metres upfield and managing to feed the ball to Jonny Wilkinson. It was a near miss, yet it came down to this remarkable team collaboration that made for the winning drop goal. There's a general understanding that Matt Dawson and Jonny Wilkinson are not dear friends despite years of playing together, but they maintained professionalism on the pitch.

Dawson retired at the age of 33 in 2006, fulfilling a mighty legacy. Many across the country consider Matt Dawson a firm favourite, and he’s regularly cited by sports journalists today for his "excellent team captaincy". Despite his retirement, Matt never stopped working! He’s a regular writer for news and media, including the BBC’s Grandstand and The Telegraph, so sport remains a passionate element in his life.

Matt Dawson married former German model, Carolin Hauskeller, who gave birth to two beautiful boys, Alex and Sami. One year after Alex was born, Matt's wife gave birth to Sami, but the couple quickly discovered that he had a rare case of Meningitis. Matt and Carolin shared the news, in an attempt to raise awareness of the symptoms and help those like Sami understand the condition.

In September 2020, the news went viral after Matt announced on Twitter that he had split up with his wife. He tweeted: "We know this will be a surprise to most, but after 11 years together Carolin and I have decided our relationship needs a new direction, bringing our marriage to an end."

This caused a major Twitter frenzy and was quickly swallowed up by all major news outlets. However, Matt Dawson and wife Carolin, are co-parents to their children, so they continue to be a united family and ensure their sons live happy lives.

Captain of the BBC Sports Quiz

Matt's career took a new direction and became a regular star to the BBC One audience. In 2004 he made his first TV appearance as team captain on the BBC quiz show Question of Sport, presented by Sue Barker. This added more limelight onto rugby sensation, Matt Dawson. He was the show's longest-reigning host, joining former Scottish footballer, Ali McCoist and former English cricketer, Phil Tufnell.

In the autumn of 2020, Matt Dawson, Phil Tufnell, and Sue Barker left the show, clearly competing with other sport quiz shows. Matt later tweeted: “needless to say I will miss Question of Sport immensely.”

Contrary to popular belief, Matt is light on his feet, and in 2006 he traded his rugby boots for dancing shoes. He waltzed to the final of the BBC’s Strictly Come Dancing contest and won second place with dance partner, Lilia Kopylova. The show attracted over 12 million viewers every week, and Matt was clearly the nation’s favourite.

Shortly after, Celebrity Masterchef made its debut on the BBC in 2006. Matt Dawson appeared in the first series, sautéing his way to the final and putting on the winning chef hat. Dawson’s not just a pretty face, he’s a whiz in the kitchen too!

Matt has dedicated a lot of his spare time to charities. In June 2009, he became a UNICEF UK ambassador and took time out of the Lions tour to go to South Africa to help with the programme initiative, building shelters, improving education and HIV/AIDS support. Later in 2013, he was also crowned president of the not-for-profit organisation, Sparks, whose mission is to ensure all children are born healthy.

Although Matt Dawson himself has shown no sign of cancer, he says that his grandfather died of bowel cancer and there is a family history of the deadly disease. Matt's understanding is that the best way to spot any sign and catch it early is to raise awareness of cancer. So he is now a patron of Bowel Cancer UK, and aims to regularly provide content via Twitter and other mediums.

In most recent news, the sports legend has co-heading a series of adverts for Good Energies. After signing with the registered trademark, Good Energies Ltd., the company behind B-Cure Laser Treatment for sport-related injuries and pain relief, Matt continues to be a team spirit.…

Matthew James Sutherland Dawson – aka Matt Dawson – was born on October 31st 1972 in Birkenhead, England. His zodiac sign is a Scorpio. Matt Dawson is a retired rugby player, most known for his position in the Rugby Union as the scrum-half for the British and Irish Lions. Matt was quickly recognised… 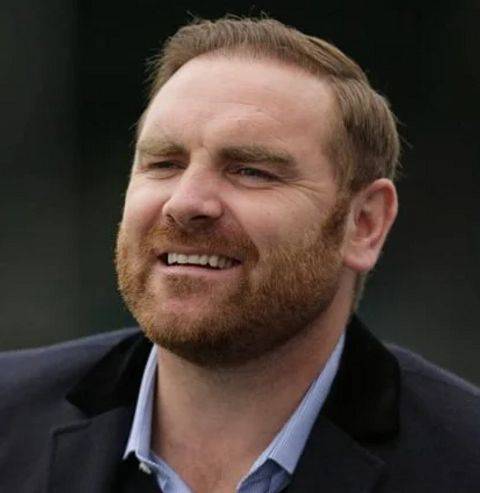 Shout out package
Book me for a personalised video message for any occasion for you or a loved one
Consumer£65
Performance package
celebrations or reminisce about old rugby days. Hi’s, goodbyes or words of motivation
Consumer£100
Book Now