Shout out package
Book me for a personalised video message for any occasion for you or a loved one
Consumer£40
Business£90
Performance package
I will sing a bit of your fav Liberty x song, &, personalise it for the recipient 😘
Consumer£50
Business£100
Book Now

Michelle Heaton: the epitome of naughties fashion and a pop icon from the famed Irish-British pop group, Liberty X. Her debut as a singer was on the ITV show "Popstar", and then she became a loyal member of the band until they announced their split in 2007. The following decade, Michelle transitioned into a TV personality, appearing on Celebrity Big Brother, a judge on RTE's You're A Star and the Irish reality TV show, Fáilte Towers. Her candid nature and openness is what makes Michelle such a likeable character, and her career so successful.

As part of Liberty X, Michelle Heaton shared a number of incredible achievements with her co-band members, Tony Lundon, Kevin Simm, Jessica Taylor and Kelli Young. The pop group released three albums: Thinking It Over (2002), Being Somebody (2003) and X (2005). As a result, they headlined four national tours across the UK, and released a number of popular singles, 10 of which were consecutive Top 20 chart hits. This includes hit tracks: Just A Little and Got To Have Your Love. To top it all off, Liberty X won the Brit Award for Best British Single.

Michelle Heaton has appeared on Celebrity Big Brother (although she was the 3rd housemate to be voted off the show), as well as Come Dine With Me, against former Blue band member, Lee Ryan. But the list doesn't stop there; Michelle also appeared on the finale of the entrepreneurial BBC show "The Apprentice" and presented Channel 4's "Supersize vs Superskinny".

Michelle Heaton Heaton was born in Gateshead, England, on 19 July 1979 (her star sign is Cancer). She first married in 2006, to popular Welsh Singer, Andy Lee Scott but they got divorced two years later. However, Michelle would get her fairytale ending, and in 2010, she married her husband Hugh Hanley, a successful Irish Businessman.

Michelle is a mother of two children; she has a daughter called Faith, and a son called Aaron Jay (AJ for short). The former singer is very close friends with model and reality star, Katie Price, and the two have starred in Price's shows on ITV2.

When Michelle Heaton was just 35 years old, she discovered that she was a carrier of the mutated BRCA2 gene, the number one link to breast and ovarian cancer. Subsequently, the TV presenter underwent a double mastectomy, followed by a hysterectomy, which triggered early menopause. She wears her victory in the form of hysterectomy scars, but the fight isn't over yet. Michelle made the decision to undergo surgery in order to protect her family or put them at risk, although she will need regular check-ups in order to stay strong and fit.

Michelle is a very devoted mother, and in 2018 she wrote her first book "Hot Flush: Motherhood, the Menopause and Me." The book received a grand reception, with a five-star rating and exceptional reviews. She talks openly about her own body and leaves nothing to the imagination. This includes: the beautiful journey of carrying babies, post-babies delivery scars, the inevitable saggy stomach, and sacrificing her needs for her children.

In the book, Michelle also explains that she has a family history of cancer, and is desperately worried about how this will affect her own children, especially daughter, Faith. In an interview with Prevent Breast Cancer, Michelle said: "now, as a mum, I’m dreading the day I have to sit down with Faith and talk about our family history and the links to cancer."

A Hero for Women

Michelle receives a lot of support and praise from fans and friends in the industry. The mother of two shared a picture of her wonderfully human and natural bikini body on a beach day out, with the inspirational message: "Don't be ashamed of your body. It has carried babies, fought illness and abuse but it still looks good!" In turn, Michelle also received some good and beautiful comments from many stars including Michelle Visage (a judge from RuPaul's Drag Race) who branded her a "hero", and radio presenter Jenni Falconer, who said she was "so strong".

Where Is Michelle Heaton Now?

Michelle is very active on Instagram and shares pictures of recovery updates with her followers. Fans of the star can also get their very own personalised video from Michelle - whether a motivational message or clip of their favourite Liberty X song!…

Michelle Heaton: the epitome of naughties fashion and a pop icon from the famed Irish-British pop group, Liberty X. Her debut as a singer was on the ITV show "Popstar", and then she became a loyal member of the band until they announced their split in 2007. The following decade, Michelle transitioned… 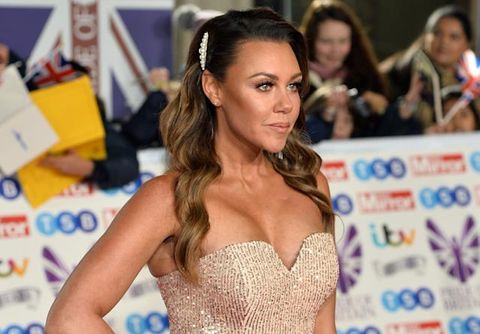 Shout out package
Book me for a personalised video message for any occasion for you or a loved one
Consumer£40
Business£90
Performance package
I will sing a bit of your fav Liberty x song, &, personalise it for the recipient 😘
Consumer£50
Business£100
Book Now