English actor, writer and Radio City presenter, Neil Fitzmaurice, is a huge name in British comedy and television. He has performed alongside the likes of Paul O' Grady and Da… read more

g
grace
Shout out
Birthday
Absolutely amazing, the perfect gift! My mate was ecstatic with it, thank you so much!
Jun 2022
R
Ryan
Shout out
Congratulations
Girlfriend absolutely loved this! Couldn’t be better!
Apr 2022
S
Samuel
Shout out
Christmas
Love it Jeffaroony!! You're the best!!
Dec 2021
B
Big
Shout out
Christmas
🤣🤣🤣 absolutely brilliant I love it! Can't wait to sse my brothers reaction ha! Much respect 🤜🏽
Dec 2021

English actor, writer and Radio City presenter, Neil Fitzmaurice, is a huge name in British comedy and television. He has performed alongside the likes of Paul O' Grady and David Mitchell, played Jeff in the iconic comedy series Peep Show, the jinxed gypsy Ray-Von in Phoenix Nights, as well as contributing to a plethora of feature films and television productions. His writing has won him several awards and nominations, making him one of the greatest of our time.

Neil Simon Fitzmaurice was born on 20th August 1969 in Liverpool (Merseyside). He went to Anfield Comprehensive School, which is where his drama teacher Mr. Milner first introduced him to the world of acting. From then on, young Neil discovered his love for acting and writing, unlocking a new passion that would seal his career. Affectionately known by his friends as 'Fitzy' because of his surname (Fitzmaurice), Neil earned a reputation of being a performer from a young age.

What Was Neil's First Role?

Neil Fitzmaurice earned his debut role when he was 30 years old, starring as Mark Clayton in the critically acclaimed Thriller film, 'Going Off Big Time' (2000). Fitzmaurice also wrote the screenplay for the film, which was nominated for four BIFA awards (British Independent Film Awards), including Best Newcomer and Film Four's Best of British series.

Alongside Going Off Big Time, Neil Fitzmaurice worked on many other projects including 'That Peter Kay Thing' and 'Phoenix Nights', in which Fitzmaurice starred as the character Ray-Von, a gypsy DJ who falls into several unlucky experiences. Fitzmaurice's work finally began taking off into all areas of film and TV, leading to his big break.

Ten years ago, Fitzmaurice made a comeback with the film 'Charlie Noades RIP' with his brother Tony, which he wrote and starred in as Steve Parr. Although the production ran into some complications, they completed the film without the full budget in place.

Neil on the Small Screen

Neil Fitzmaurice finally earned the lead role as Jeff Heaney in Channel 4's Peep Show (the archnemisis and love rival of protagonist, Mark Corrigan), which is one of his most recognisable performances. He also had some notable appearances on the first episode of The Office as the character David Brent who applies for a warehouse position. Fitzmaurice returned on the sixth episode for the same character, but this time, Brent is ironically given a redundancy notice.

The actor also appeared on the British police drama The Bill as DC Phil Raven, Holby City and in six episodes of the prison drama series 'Buried'. The success doesn't stop there, as Neil Fitzmaurice starred in the fourth series of Benidorm as the bartender Lucky Kev, and more recently in Sky's Mount Pleasant.

Fitzmaurice also had a number of guest roles, including in the British school drama 'Waterloo Road' as Dave Dowling and in Doctors both on the BBC.

Having written and starred in two feature films, Neil Fitzmaurice also donned the role of Liverpool FC manager Rafael Benitez in another feature film '15 Minutes That Shook the World'. This was an account of the 2005 Champion's League Final, underpinning the true events of the half-time break off the pitch. The funnyman and actor later landed a role in Nativity! (alongside Martin Freeman), Pierrepoint, Walk Like a Panther and Festival.

Aside from his film and television commitments, Neil Fitzmaurice has also performed live on stage, playing Shaun in the production of On the Ledge at the Royal Court Theatre in Liverpool. Fitzmaurice was part of the company (Liverpool Everyman) that performed the hit play Frank Farmers Pants as Neil Anthony. With the same group, he was cast in Once A Catholic and The Sunshine Boys. Undoubtedly, Fitzmaurice was a rising star and in high demand.

With an incredible run on stage and screen, Neil turned his attention to presenting. Fitzmaurice started presenting the Drivetime Show on Liverpool's Radio City and signed with the sister station, City Talk. In an interview with Radio City, Neil said "Radio is something that I’ve always been interested in doing, and Liverpool is my hometown, I love the area so this opportunity is perfect.” He left his post in March 2011, but we can expect a return from him soon.

As well as several nominations and mentions for his works, the writer and actor was prized with not one, but two prestigious British Comedy Awards. Fitzmaurice remains one of the very limited people who can proudly show off their involvement in three of the most successful British comedies over the last decade. This set a precedent for new shows and series to come. The nation has Neil to thank for laughing their socks off!

What are Neil's Hobbies and Interests?

Neil Fitzmaurice is a huge Liverpool FC fan (putting method acting to the test in his performances). He was actually caught in the Hillsborough disaster in 1989 when he was 20 years old, a horrific human crush which occurred after the game. Fitzmaurice then featured in the documentary 'Hillsborough Remembered' in 2009 as a tribute. According to his casting profile, Neil also enjoys a spot of shooting, football snooker and pool. Fitzy loves engaging with fans, regularly reprising his hilarious roles like Jeff and Ray-Von by sharing personalised messages.…

English actor, writer and Radio City presenter, Neil Fitzmaurice, is a huge name in British comedy and television. He has performed alongside the likes of Paul O' Grady and David Mitchell, played Jeff in the iconic comedy series Peep Show, the jinxed gypsy Ray-Von in Phoenix Nights, as well as contributing… 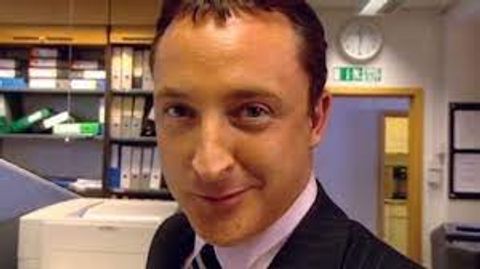