Neil “Razor” Ruddock was born on the 9th May 1968. He is an English former professional footballer and television personality who is the current coach at Enfield FC. He played… read more

Neil “Razor” Ruddock was born on the 9th May 1968. He is an English former professional footballer and television personality who is the current coach at Enfield FC. He played as central defender as a footballer from 1986 to 2003 and was voted the 17th “hardest footballer of all time”.

Neil Ruddock made his football debut at Millwall, having been associated with the club since the age of 13. It was there he was under the management of George Graham and a team-mate of Teddy Sheringham. George Graham changed Ruddock from a left-winger to a centre-half.

Ruddock also went on to represent Tottenham Hotspur, Southampton, Liverpool, West Ham United, Crystal Palace, Queens Park Rangers and Swindon Town during a professional career spanning 17 years. He was capped once by England in 1994 and also came out of retirement in 2015, at 46 years old, to play for United Counties League side Wellingborough Whitworth.

Neil Ruddock broke his leg on his debut against Liverpool and made only 11 appearances for Spurs. In the summer of 1988 Ruddock rejoined Millwall.

Ruddock joined Southampton in February 1989, in a £200,000 transfer from Millwall. He became extremely popular with the Southampton fans due to him being a rugged and uncompromising defender. Ruddock scored a penalty against Newcastle United on the 1st April 1989, in what was only his sixth game for the club, this helped the “Saints” earn their first victory in 18 matches and allowed Ruddock to start his time at Southampton on a good streak.

Ruddock’s goal celebration after the 89th minute penalty became known as the “Ruddock stomp”. He missed his next two penalties, allowing fellow teammate Matt Le Tissier to take over for the following season.

During the 1991-92 season, Ruddock was a part of the Southampton team that reached the final of the Zenith Data Systems Cup, where they were beaten going into extra time by Nottingham Forest, the final score was 3-2.

After three years playing for Southampton, Neil Razor Ruddock was enticed back to Tottenham in May 1992 by Terry Venables.

After his time at Spurs, Ruddock was then signed by Liverpool FC on a £2.5 million transfer. Whilst there, Ruddock was infamously involved in an on-field scuffle with Manchester United player Eric Cantona.

In 1995, he was cleared of fracturing Peter Beardsley’s jaw with his elbow in a testimonial match. Beardsley discussed taking legal action on the grounds that Ruddock did it deliberately, however he later withdrew all charges.

Also, in 1996, Ruddock’s infamous tackle on Andrew Cole from Manchester United left the player with two broken legs. Ruddock claimed his innocence and Cole backed up his statement. However, in an interview with Talksport in 2010, Neil Ruddock joked that he “didn’t mean to break both of his legs if I’m honest, I only meant to break one!”

Neil Ruddock’s finest game was arguably when he scored twice for Liverpool on 20th January 1996 in a 5-0 win against Leeds United.

While at Liverpool, Ruddock was a part of the 1990s squad under Roy Evans, known infamously as the “Spice Boys”, which included David James, Robbie Fowler, Jamie Redknapp, Jason McAteer, Steve McManaman and Stan Collymore, but he left in 1998 when new coach Gérard Houllier joined.

In July 1988, Ruddock was snatched up by West Ham United for a £300,000 fee. He made his debut for the team on 15th August 1998 in a 1-0 away win against Sheffield Wednesday. In October 1999 whilst playing for West Ham, Ruddock was involved in a bust up with Arsenal’s Patrick Vieira, with Vieira receiving a six-match ban and a £30,000 fine for spitting at Ruddock.

During his 56 games for West Ham, Ruddock scored three goals, was booked 14 times and sent-off once. His one send off was in December 1998, during a 4-0 away defeat at Leeds United, it was for a dangerous tackle on Harry Kewell.

West Ham finished fifth in the Premier League that season, their highest finish for 13 years. They also qualified for the UEFA Cup which put an end to a 19-year absence from European competitions.

In 2000, Ruddock moved to Crystal Palace as a free transfer. He spent one season with the club before signing for Swindon Town, a Division Two club. Ruddock scored twice for Swindon Town.

In January 2015, at the age of 46, Ruddock came out of retirement to sign for United Counties League side Wellingborough Whitworth.

Ruddock on the Telly

Ruddock hasn’t just appeared on your TV screen playing football. In 2004 he appeared on the third series of “I’m A Celebrity… Get Me Out of Here!” In 2006 his TV show entitled “Razor Ruddock’s Pass & Move Soccer School” was aired. The show surrounded children released by academies who were then coached by Ruddock himself. In 2006, Neil Ruddock assisted in the production of “Football Saved My Life”, a reality sports TV show for Bravo which attempted to change the lives of 15 dysfunctional men through their involvement with football. In 2019 he appeared on series 14 of BBC’s Celebrity Masterchef where he reached the final three.

Ruddock was given the nickname “Razor” by teammates after they claimed to have seen boxer, Donovan Ruddock, advertised as “Razor Ruddock” for a boxing match due to take place at White Hart lane, when in fact, Donavan Ruddock had never been scheduled for such a match in the first place.

Ruddock married model and TV personality, Leah Newman in 2013. They have two daughters Pebbles and Kizzy.…

Neil “Razor” Ruddock was born on the 9th May 1968. He is an English former professional footballer and television personality who is the current coach at Enfield FC. He played as central defender as a footballer from 1986 to 2003 and was voted the 17th “hardest footballer of all time”. 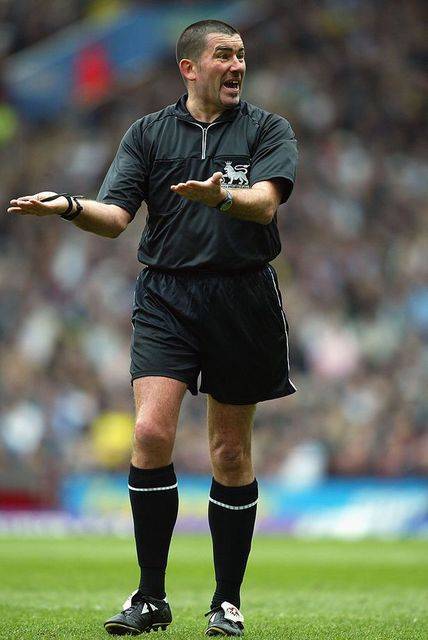 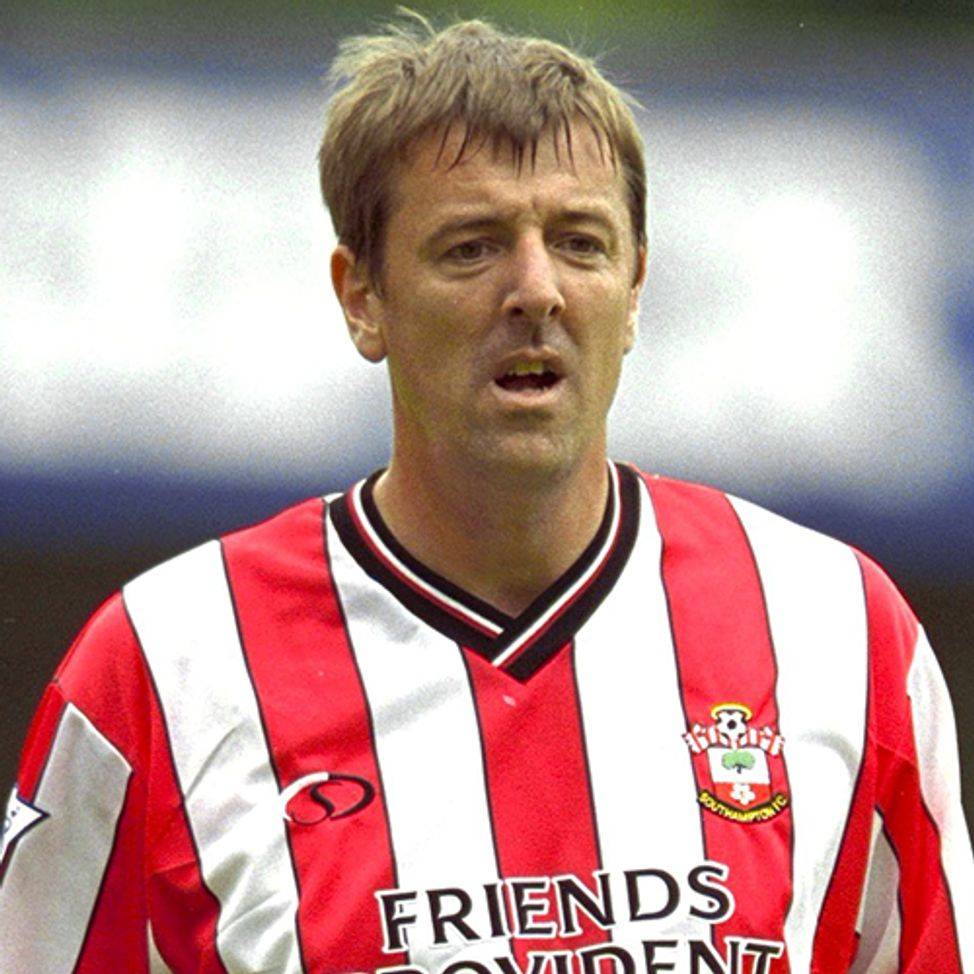 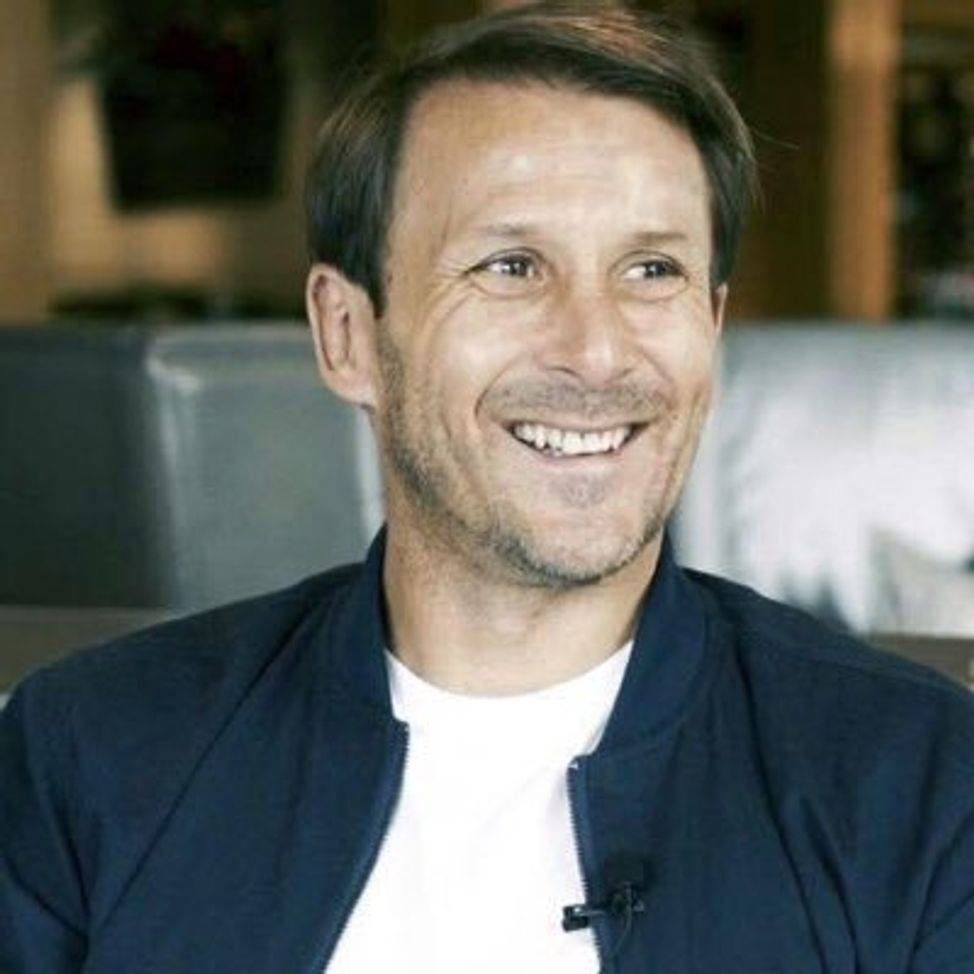 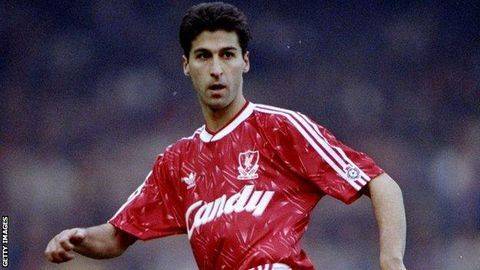 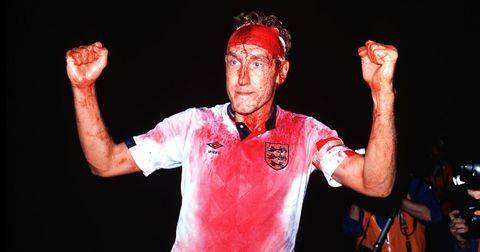 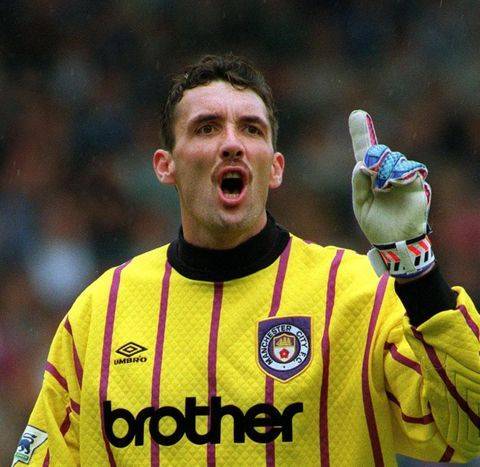 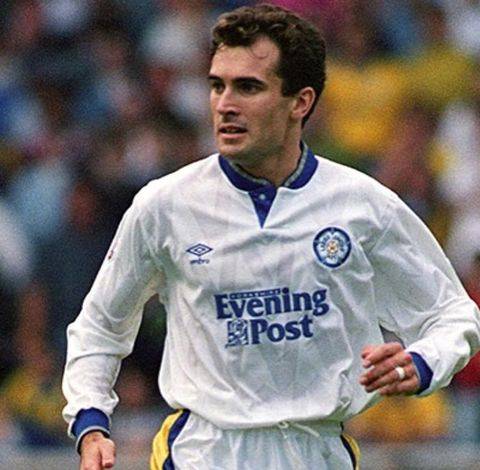 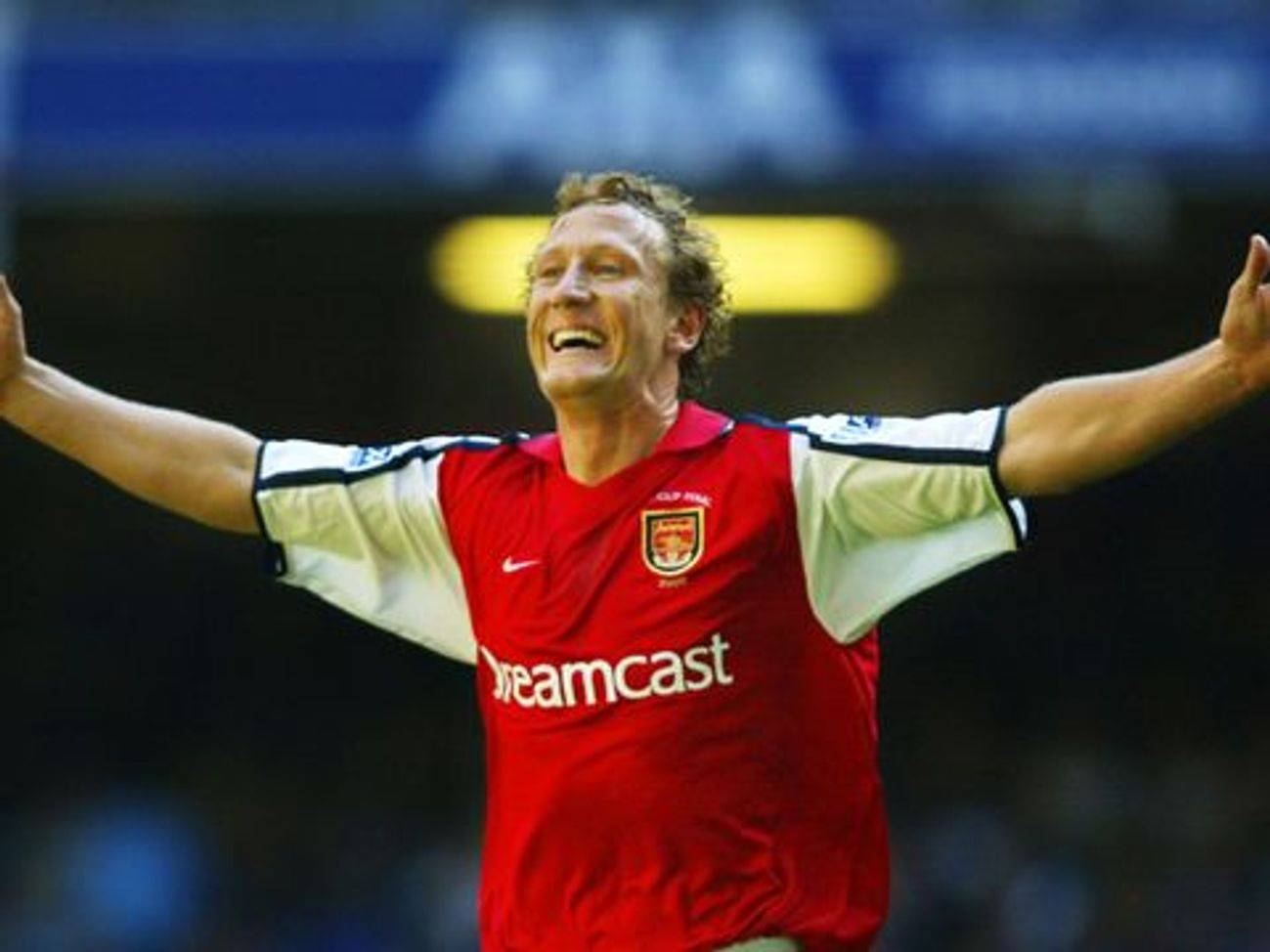 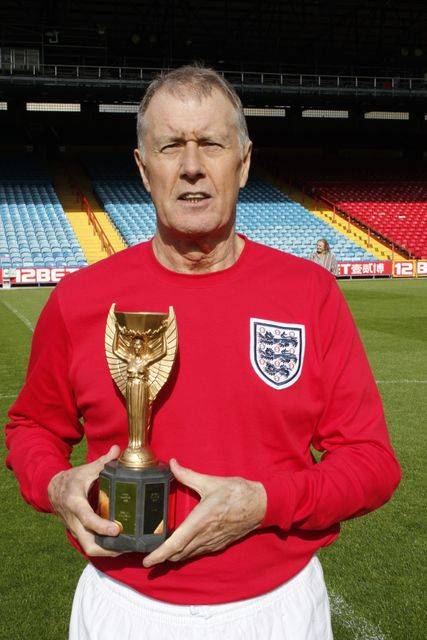 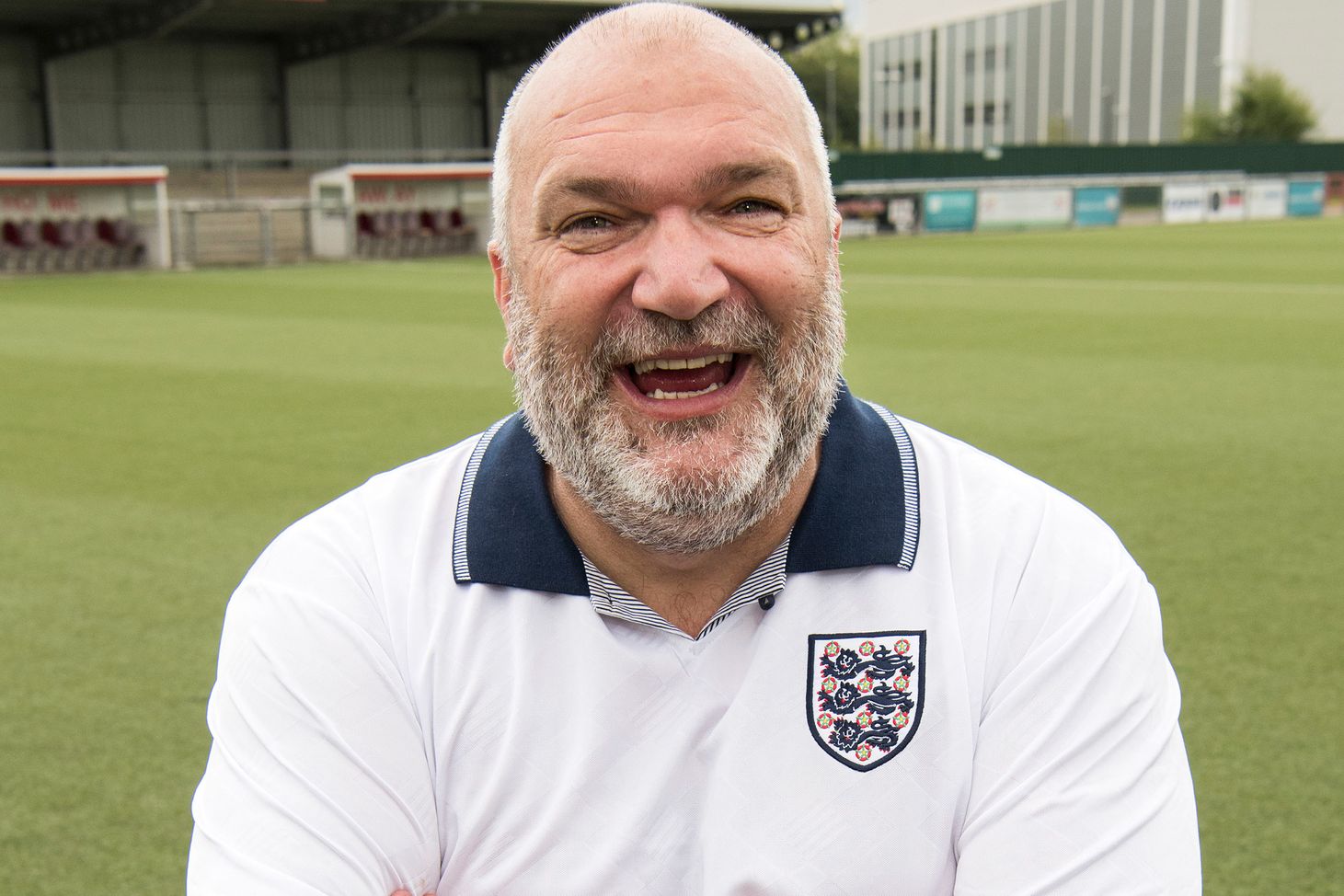