Actress and TV personality, Nicole Bass, took the spotlight after joining the cast members on The Only Way is Essex and Ex on the Beach. Since then, Nicole has built a loyal fanbase of over 300 thousand followers and has had numerous appearances on various TV programmes. Often referred to as a "Brunette Beauty", Nicole has earned a respectable reputation as a public figure and businesswoman.

Nicole Char Bass was born on October 20th 1991 in Essex (England). Before becoming a very familiar face on TV screens nationwide, Nicole started off her career as a qualified personal trainer. Nicole always showed an interest in health and fitness from a young age, particularly in strength, weight training and yoga.

In 2015, Nicole made her hardcore debut on national television joining the cast of The Only Way is Essex (TOWIE). As Nicole herself was born and made in Essex, she had no problem making a name for herself on the show.

Nicole joined her best friends Clelia and Olivia Atwood, regularly defending her cast-mates and speaking her mind. Bass had a few on-screen relationships with Lewis Bloor and Sam Mucklow, which were notable plotlines on the show.

In an interview with Celeb Mix, Nicole said for her, "TOWIE is really positive and fun. It's nice to have a place of work where you spend time with your besties."

Why did Nicole leave TOWIE?

After appearing on a total of 49 episodes, Bass left in 2021. Her time on TOWIE ended abruptly, which led to some pretty brutal off-screen hostility between Nicole and the producers. During her 6 years on the show, Nicole became a firm-favourite as she was very relatable and down to earth.

The star later told fans that she might return on the next series of TOWIE, but would not make any promises; that's a conversation for another time. Supposedly, the reason for axeing Bass was because the ITV producers wanted to go back to a small cast to give each person sufficient screen time.

Shortly after TOWIE, Nicole Bass appeared on the sixth series of Ex on the Beach in 2017. Originally broadcast on MTV, this popular reality series documents the cast members as they muddle into new relationships on holiday, whilst being visited by their exes unsuspectingly. It is a particularly fun and gossip-filled series, which Nicole was thrilled to be part of. Nicole Bass also had some success on the E4 show "Celebs Go Dating".

In 2019, Nicole appeared on MTV's The Challenge (aka Real World/Road Rules Challenge) for the season War of the Worlds 2. The TV series has been active since 1998, and features celebrities who compete with others in a series of tasks to earn a cash prize of £100,000.

Nicole Bass entered alongside her best friend (Georgia) and impressively made it to the 6th challenge on the show. She was ultimately dismissed after the match "Explosive Decision" when the producers mixed pitting Bass against her opponent Jenny.

Nicole Bass is a woman of many talents, and in the last year she hit the entrepreneurial bench. She studied dermatology (skin care and skin conditions) and set up her own business called 'Confidence Aesthetics'.

In the past, Nicole always had a flair for cosmetics, she shared that: “ Growing up I just loved skin. I was really big on my skincare and looking after my skin. In my family, my niece would come to me with bad breakouts and I would always try and help."

Bass continued to improve her process, creating skin treatments, luxury facials, chemical peels and B12 skin injections. She is now the CEO of Confidence Aesthetics, which is based in Enfield (London).

The business has its own Instagram page, which has racked up over 8000 followers and a mixture of clients across the country, to people of all ages and genders.

Does Nicole have Social Media?

Nicole Bass is very active on Instagram and Twitter. With over 400 thousand followers combined, Nicole has admitted that she is not the type to be pressured into posting content. She has a healthy relationship with social media, including ignoring trolls and honestly sharing her mental health struggles to balance out the highlight reel.

The star shares a name with the world's largest female bodybuilder and WWE pro-wrestling champion from Queens: Nicole Bass. Amongst many notable mentions, Bass appeared in a bikini contest, in the ring of the independent wrestling circuit, the NWA Jersey Women's Championship, and several interviews on The Howard Stern Show in the 90s. One of her famous breakouts was when she accidentally whacked a component with Jeff Jarrett's guitar, following a brief alliance between the two.

What's Next for Nicole Bass?

Rumour has it Nicole will return to TOWIE to promote her new business. She is also planning on opening her own shop with skin products and traveling when possible. The reality star will likely participate in several public events as part of her job as an influencer. She is involved in several projects outside of TV. For example, you can also get a personalised video or shout out from Miss Bass herself for any occasion.…

Actress and TV personality, Nicole Bass, took the spotlight after joining the cast members on The Only Way is Essex and Ex on the Beach. Since then, Nicole has built a loyal fanbase of over 300 thousand followers and has had numerous appearances on various TV programmes. Often referred to as a "Brunette… 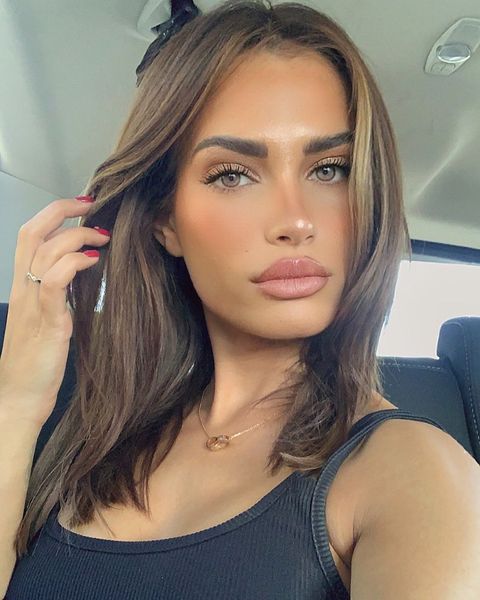