A
Abbie
Shout out
Birthday
Thank you Perez!! I'll have a very happy niece and friends come her birthday. Good energy and took note…
Aug 2021
Cancel

Touted as the first official celebrity blogger, Perez Hilton has been a prominent figure in the Hollywood scene since the early 2000s. Since his first celebrity gossip website… read more

A
Abbie
Shout out
Birthday
Thank you Perez!! I'll have a very happy niece and friends come her birthday. Good energy and took note…
Aug 2021

Touted as the first official celebrity blogger, Perez Hilton has been a prominent figure in the Hollywood scene since the early 2000s. Since his first celebrity gossip website, PageSixSixSix.com, started in September 2004, Perez has starred in numerous TV shows, movies, and live theater, written several books, made music, and co-created the podcast "The Perez Hilton Podcast with Chris Booker." Hilton is well known for sharing celebrity news and posting tabloid photos, on which he added his own "doodles".

Perez Hilton was born Mario Armando Lavandeira Jr. in 1978 to Cuban parents in Miami, Florida. He grew up in the Little Havana and Westchester neighborhoods of Miami-Dade county. After his high school graduation in 1996, Perez received a scholarship to attend New York University's Tisch School of the Arts, where he studied acting.

Perez Hilton has three children via surrogate. In 2013, he moved to Manhattan with his family as he always loved the city. He currently raises his son and two daughters as a gay single father. Hilton has openly expressed his fears about his children coming out as gay due to the existing animosity in the world, but he continues to support his family in the best way possible.

Before launching his immensely successful website and becoming a celebrity blogger, Perez sought to be an actor after graduating from university in 2000. He landed roles in several well-known television series, including "The Sopranos" and "Flab to Fab." During this time, he also worked numerous jobs for various LGBT-oriented organisations. He was employed as a media relations assistant for GLAAD and managing editor of gay men's magazine "Instinct."

From Café Customer to Hollywood Star

Back in the days where wi-fi wasn't on tap, Hilton went to his local café (The Coffee Bean) to use the free internet and fight for a power plug. This was the birthplace of the gossip blog. Even in its infancy, Hilton's website attracted 8 million hits a day, which would quickly become the "most hated website in Hollywood". His stories about the celebrity world and catty comments created a big buzz and attracted a lot of attention, despite its contention. Soon enough, word spread that Hilton could be found in the coffee shop, and like a moth to a flame, celebrities like Lindsay Lohan and Amanda Bynes were ready to share their stories and the latest gossip.

As Perez was always a fan of celebrity life and gossip, he decided to set up his own celebrity blog in 2004, named PageSixSixSix.com. By 2005, his blog had received millions of visits. Perez's conversational tone in his writings and trademark doodles on famous people's photos piqued the interest of countless readers worldwide and even celebrities themselves, including American media personality Paris Hilton.

Many readers at the time wondered, "Is Perez Hilton related to Paris?" after Perez rebranded his blog as PerezHilton.com in 2007. While not directly related to Paris, Perez's blog name was a nod to the celebrity socialite and Hollywood life. Perez Hilton exploded into the Hollywood scene after the release of his blog.

A Career in the Limelight

After his blog took off, Perez's popularity soared and he landed many TV and movie gigs, with highlights including his reality TV show What Perez Sez and the movie comedy Another Gay Sequel: Gays Gone Wild! He made a splash in the music scene with the release of his song The Clap in 2008. After this, he starred in numerous music videos, including Rihanna's mega-hit video for S&M. One year later, he released his first book, Red Carpet Suicide: A Survival Guide on Keeping Up With the Hiltons. In the mid-2010s, he starred in two Broadway plays, including NEWSical The Musical and Full House! The Musical.

The End of Perez Paparazzi

Perez Hilton was a particularly controversial figure in the celebrity world. Although his writing was read by millions, not just in the US but also in the UK, he regularly received hate comments and death threats. In fact, Hilton recently confessed that he "never intended to be so cruel" when outing celebrities. Before that point, Hilton believed that his coverage was no worse than gossip tabloids like Us Weekly and Star Magazine.

As a gay man himself, Perez felt incredibly guilty for outing former American Idol contestant Clay Aiken and upsetting the LGBTQ+ community. This sparked Hilton to change his ways, and he now believes outing celebrities (or anyone for that matter) is not right.

In an interview with the BBC, Hilton admits "I was super petty toward Ariana on my website and on social media – I regret that." Much of Hilton's content had mixed reviews, particularly his nicknames for celebrities, (like "Floptina" for Christina Aguilera when her album flopped).

Over the years, Hilton began to doubt himself, his website and the content, so he decided to become a new man. The blogger is still active on his website, but aims to make the coverage much more tame, opting to share his "honest opinion" rather than idle gossip.

Perez Hilton continues to enjoy success with his celebrity blog and two YouTube channels, "Perez Hilton" and "Perez Hilton and Family." He also co-hosts the popular "The Perez Hilton Podcast with Chris Booker" where they discuss the latest celebrity news and updates. It's safe to say that Perez Hilton's net worth is in the millions, and his legacy as the original celebrity blogger will remain forever. Rumour has it that Hilton wrote a memoir based on his best and worst moments, titled TMI: My Life in Scandal which was released in October 2020. It's definitely one to add to the wish list.…

Touted as the first official celebrity blogger, Perez Hilton has been a prominent figure in the Hollywood scene since the early 2000s. Since his first celebrity gossip website, PageSixSixSix.com, started in September 2004, Perez has starred in numerous TV shows, movies, and live theater, written several… 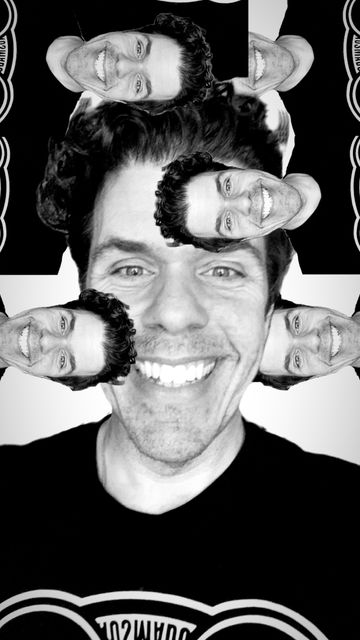