Tara Donna Reid – best known for her slightly deep and raspy voice – is an American actress and producer. She played Vicky in the hilarious film American Pie (2000), which led… read more

Tara Donna Reid – best known for her slightly deep and raspy voice – is an American actress and producer. She played Vicky in the hilarious film American Pie (2000), which led to her first award for Best Ensemble. She's had many other film appearances, such as the character Bunny in "Big Lebowski" (1998), April Wexler in the film franchise "Sharknado" and as the renowned character, Melody Valentine, in Josie and the Pussycats, which was nominated for the Teen Choice Awards in 2001.

Tara Reid was born on November 8th in 1975, originally from Wyckoff, New Jersey. Her parents (Thomas and Donna Reid) were both teachers who own a daycare centre in their hometown. Tara attended the prestigious Professional Children's School in Manhattan (along with fellow actors Sarah Michelle Gellar, Christina Ricci and Macaulay Culkin). Tara was destined for the screen, showing interest in acting from a young age. Before Tara Reid starred in several popular films, she began her career in TV commercials, most notably Jell-o, McDonald's and Crayola.

At just six years old, Tara was a regular on the game show Child's Play, followed by the TV series "Saved By The Bell" in her early teens. Then, Tara made her film debut in A Return to Salem's Lot (1987). Her first film, like all breakthroughs, didn't do her career any favours. However, she then landed her breakout role in the Coen Brother's comedy crime film, The Big Lebowski (1998). Tara played the character Bunny Lebowski, a ditsy trophy wife, but surprisingly the movie underperformed in Box Office sales.

Subsequently, her taste of Hollywood fame only grew stronger, and Tara Reid landed a role in the thriller film Urban Legend (1998), as well as a small supporting role in the teen drama Cruel Intentions (1999). The actress quickly racked up over 100 credits at just 15 years old. Tara Reid starred in other TV shows and films such as in the popular sitcom, "Scrubs", the soap opera "Days of Our Lives", Josie and the Pussycats (2001), Van Wilder (2002) and My Boss's Daughter (2003). Tara Reid also worked alongside a few of Hollywood's finest stars, Richard Gere and Ashton Kutcher.

Following her success in American Pie, Tara Reid landed a lucky role in Sharknado (2013 - 18), a big franchise that released five sequels, alongside Vivica Fox and Beverly D'Angelo. She played the character April Wexler, a recurring role in the dark comedy series. In the 3rd film, April Wexler dies but is brought back to life.

Tara Reid made some exceptional film appearances during her career, but she is probably most remembered for her character Vicky in American Pie (1999). The movie itself is pretty iconic, falling under the "sex comedy" category. There were four sequels in total, and American Pie ultimately won the Young Hollywood Award for Best Ensemble, which Tara Reid shared with all the actors. Tara's character, who coined the nickname "Virginal Vicky", was a recurring role in American Pie, American Pie 2 (2001) and American Reunion (2012). Vicky was pretty smitten with Kevin Myers (co-star Thomas Nicholas), and the pair featured throughout the series as childhood sweethearts to happily married couple.

The film franchise was one of the most successful in Hollywood history, making a Box Office revenue of $989.5 million. In an interview with UInterview, Tara Reid revealed that her favourite scene in American Pie was the notorious pie scene with Jason Biggs; she said "we were holding our mouths trying not to cry or laugh through the take".

Tara's Life Behind the Scenes

Tara Reid was a famed party girl, papped in the tabloid news alongside socialite, Paris Hilton. The star has openly admitted to having plastic surgery (liposuction) to help her when auditioning for new acting roles and movies. Since, Tara Reid has dipped her toes in several new projects. In the last decade, she's put shares into three restaurants (Bella, Geisha House and The Shore) and opened the fast-food restaurant "Ketchup" based in LA. Tara Reid boasts many talents, one of which was working alongside designer, Christian Audigier, to release the high-end clothing line "Mantra" in 2009. Later in 2014, Tara Reid released a new swimwear line and a perfume called: Shark by Tara.

Where Is Tara Reid Now?

Tara has been keeping busy with all her projects and lives in New York City. In recent years, she's been seen on the UK reality TV show, Celebrity Big Brother, and also landed her own reality travel show on E! called "Taradise" in 2005. The Hollywood star turned entrepreneur also has her own website "Tara Reid", which is a registered trademark. She's still acting, and is set to play the character Elizabeth in the new film "Attraction to Paris" (2021). Tara is a very talented and funny woman, who can also be found on Thrillz today!…

Tara Donna Reid – best known for her slightly deep and raspy voice – is an American actress and producer. She played Vicky in the hilarious film American Pie (2000), which led to her first award for Best Ensemble. She's had many other film appearances, such as the character Bunny in "Big Lebowski" (1998),… 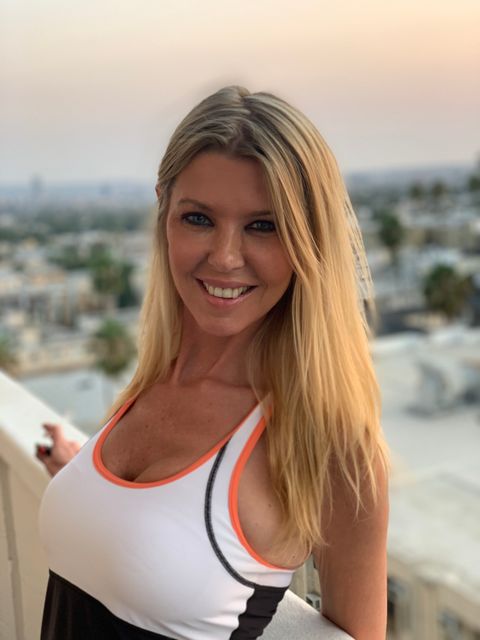