Actor Tony Way is one of the most well-recognised faces on English television. Whether you know the name or not, the chances are you will have seen him in numerous hit televis… read more

S
Samantha
Shout out
Asking a question on a Mr & Mrs Quiz
Thanks Tony!
Apr 2022
A
Arnold
Shout out
Birthday
Brilliant - many thanks Tony!
Mar 2022
M
Martin
Shout out
Birthday
Fantastic video by Tony. Can’t wait to share this with my wife who this was recorded for. Very fast…
Jan 2022
J
Jordan
Shout out
Christmas
An excellent Christmas present from my brothers. Particularly enjoyed an appearance from Lenny from After…
Dec 2021

Actor Tony Way is one of the most well-recognised faces on English television. Whether you know the name or not, the chances are you will have seen him in numerous hit television shows and in film. It all began on October 7th, 1978, when Tony Way was born in Rochford, Essex. At the age of just 17, Tony made his first break into the world of comedy as a writer and actor. Tony's illustrious career has seen him appear in some of the biggest films and TV series in the UK and worldwide, including the HBO hit show Game of Thrones, The Girl with the Dragon Tattoo, British comedy series Extras and much more.

Tony Way started his career in acting in the genre of comedy. Alongside Rhys Thomas, Glynne Wiley and Steven Burge, he started a sketch group called Stay Alive Pepi (and performed as a writer and actor in it) which was noticed through comedy legends Bob Mortimer and Charlie Higson thanks to the videos they used to distribute together.

This lead to Bob Mortimer casting Way in the comedy series Bang Bang, It's Reeves and Mortimer and The Fast Show, the first major break of his acting career. And Tony never looked back!

Starting out on the Stage

The fantastic Stay Alive Pepi moved onto theatre in Edinburgh thanks to its success with the likes of Bob Mortimer; but this wasn't Tony's only stint on the stage. He also appeared in the stage production wingnut as the character Tony from Essex at Wilson's Music Hall. Another stage outing Tony has taken part in was as a sketch performer in the show Blunder Live at Edinburgh Festival. This is another example of the immense amount of comedy talent and experience this man has in his locker.

A Career in Television

Throughout Tony Way's career, he found himself playing various characters and writing numerous hit comedy TV shows. To kick things off, Way played the Chef in the hit Ricky Gervais BBC TV series, Extras, arguably one of the most famous pieces of comedy television of the century so far. In Tony's younger years, he played a food vendor youth in the Channel 4 show Black Books. He was only in the occasional episode, but it was still a big break for him.

This was quickly followed up by Fun at the Funeral Parlour; Tony landed a lead role as the character Gwynne Thomas in this BBC Three show about Welsh funeral directors, released in the years 2001 and 2002. These came to be Tony's breakout roles, becoming a notable name in British television.

Following Way's success, he then starred as the character Ross Muttock in the classic show Loaded. Ross Muttock went on to become one of the most recognisable characters on the show. Continuing, Way appeared as a guest star on the episode "Unwrapped" on the Miranda Hart show aired on BBC 2, with a bunch of famous comedians playing themselves, and led by one of the biggest names in the game.

Tony Way had some smaller roles too, playing the character Alan in the BBC comedy series Asylum. While there only turned out to be three episodes of the show, the character of Alan will live on. You might not have come across the character of Fat Paul, but he was played by Tony Way in the two-part series Money. The character name 'Fat Paul' might not go down so well these days, but it had its place in Tony's career. Another notable credit was Tony Way's performance as Gary in an episode of Mongrels, which won an award from the Royal Television Society for Best Production Design.

Finally, Tony played Harry Styles in Murder in Successville. Sure, he's not exactly the spitting image of the real Harry Styles, but if you saw the show, you'd understand the premise!

Tony Way at the Movies

Some of the greatest highlights of the life of Tony Way have been in the movies. In fact, he's been in some of the greatest movies going, including some blockbuster Hollywood flicks. However, it was comedy flicks that really paved the Way for success.

The film that kickstarted the career of Sacha Baron Cohen also featured Tony Way: Ali G in da House. Tony played the character of Dave, or "Dangerous Dave" as he is sometimes referred to in the film. Sacha Baron Cohen is just one of the many huge names in the comedy circuit that Way's name has been associated with over the years.

Following that, Way starred in the British horror-comedy, Sightseers, a slightly different direction for the acting style of the man. Shortly after this, Way starred in the comedy movie, Mindhorn, as 'Man with Newspaper', which was also written by and starred Julian Barratt from the TV show The Mighty Boosh.

While Tony will likely be remembered for his comedy by most, he has also happened to have a huge career in TV drama. To kick things off, Tony played the character Conor in the four-part BBC TV drama, Collateral. After that, Way took to Los Angeles to be a writer and play various characters for the 2008 TV drama, Crash. We in the UK might not have come across it before, but it's certainly done well to boost Way's popularity for TV fans out in the States.

Following this, Way starred in hit ITV drama, Des, which follows the terrifying story of Scottish serial killer Dennis Nilsen, played by David Tenant. Way plays Mike Cattran, one of Nilsen's real-life neighbours. Apparently, Cattran was one of the first to find the bodies of his victims...

Another notable part of Way's acting career was in Fairy Tales, where he played the character Boris Stojkovic. Although not a classic drama, it definitely covered some interesting themes. You might not look at Way and think of him as much of a Boris Stojkovic, but he certainly nailed the role.

One of Tony Way's more recent pieces of work was in the BBC TV drama Girl/Haji as the character Roy. Roy was a police officer who travelled to Tokyo as part of an exchange programme. Unfortunately, the character of Roy did not live on for too long, as the show was cancelled after one year.

Making the cut for season two, Game of Thrones cast Tony Way. HBO's Game of Thrones is one of the most critically acclaimed shows of all time, and one of the highlights of Tony Way's career indeed. Way has disclosed that they filmed a lot in Wales, which is also one of his favourite places in the world.

Tony Way's IMDB page lists one of the highlights of his career as sci-fi film Edge of Tomorrow, where he played the role of Kimmel. He has had further successes outside of England in the epic screenplay The Girl with the Dragon Tattoo (starring Daniel Craig and directed by David Fincher), in which he played lead character Lisbeth Salender's hacker friend.

Further to this, Way played the role of Thomas Nashe in Anonymous. In real life, Nashe was a Victorian poet, and he was bought back to life with the exceptional acting of Way. From here, Tony would also join Michael Fassbender in Tresspass Against Us, written by Alastair Siddons.

The Essex actor went to college at Beauchamps High School in Wickford, Essex. It was during this period of his life that he started the sketch group Stay Alive Pepi, the moment it all began. Just a couple of months ago he moved from Hackney (London) to Waltham Forest, where he continues to write and act, as well as producing a podcast with Rhys Thomas called The Thomas and Way Podcast.

One of Tony's main passions in life outside of acting and writing is sandwich-making, and apparently he makes rather amazing ones. He's also very active on Twitter, updating his followers about his day-to-day activities.

What Next for Tony Way?

The most recent of hit television shows that Tony has appeared in is Ricky Gervais' After Life, the third series of which has recently been announced for release on Netflix. The first two seasons of the comedy series went down to huge praise from the fans, in part due to Way's charming lead role.

We hope to see the actor appear in more shows tomorrow, but for now, we'll have to wait and see what he's up to next when we have finished watching After Life series 3! According to his portfolio, he's currently working on another show, the pilot of which we should be seeing soon. Fingers crossed.…

Actor Tony Way is one of the most well-recognised faces on English television. Whether you know the name or not, the chances are you will have seen him in numerous hit television shows and in film. It all began on October 7th, 1978, when Tony Way was born in Rochford, Essex. At the age of just 17, Tony… 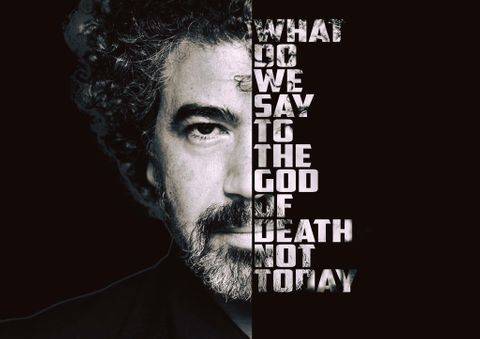 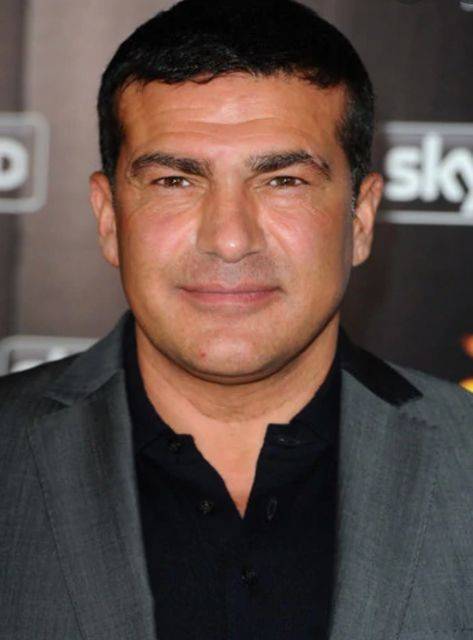 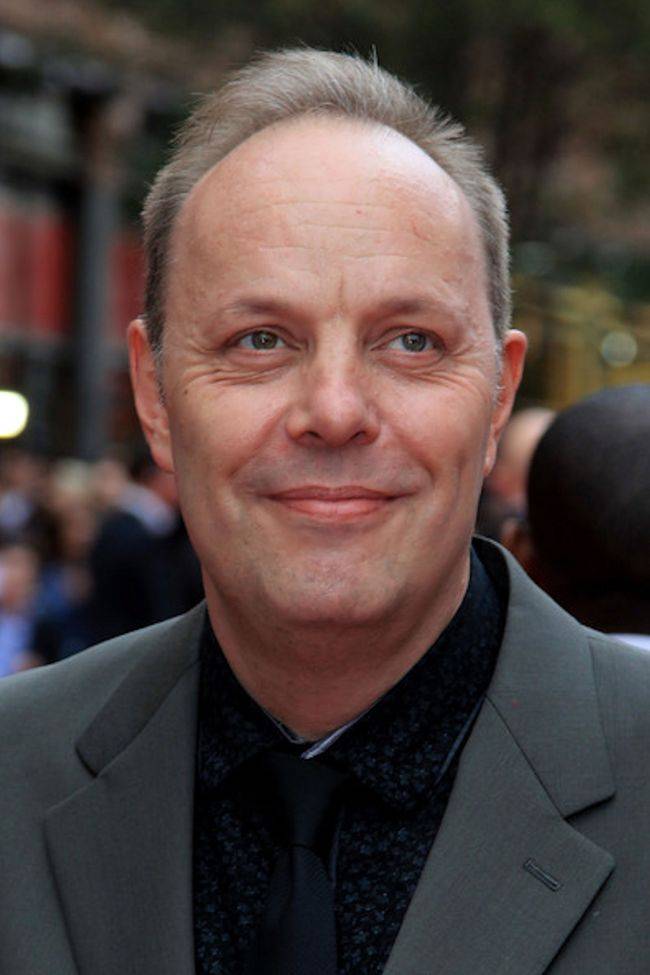 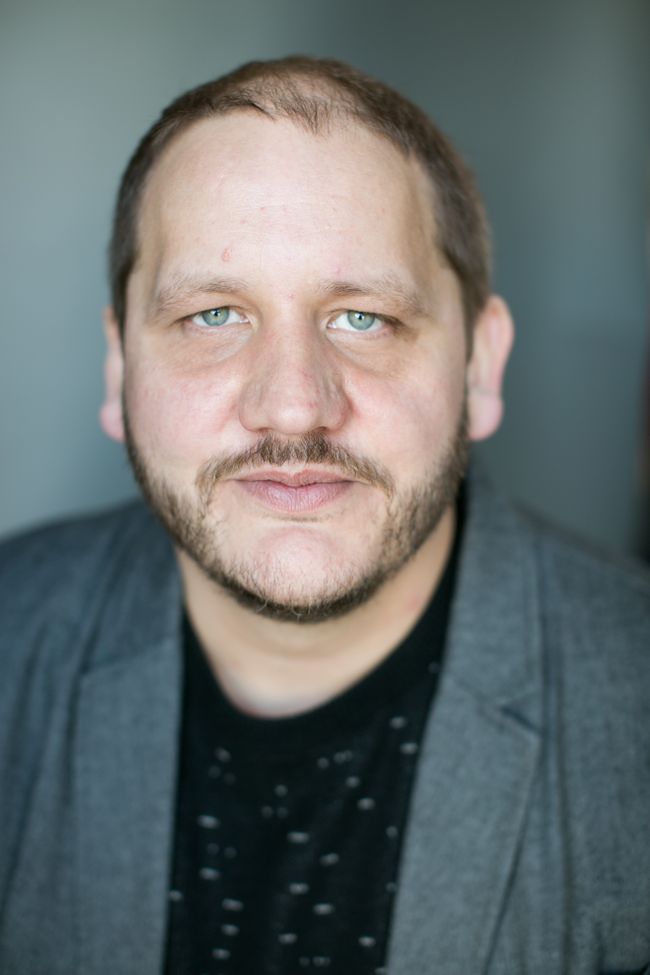