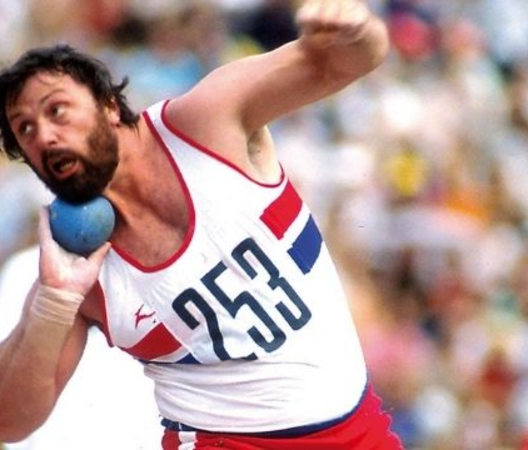 Where is Geoff Capes Now?

Geoff Capes began as an amateur athlete and became the world's strongest man competitor. He could bend steel three feet in length, tear London telephone directories in half, put a shot 20m into the air and more. So let's explore the life of Britain's Strongest Man since his retirement from sports…

Geoff Capes: A History of The European Indoor Champion

Geoff Capes is one of the most beloved British athletes of all time, with dozens of amazing sporting achievements to his name. A decent sprinter in cross country and an incredible arm that could go the mile, Capes quickly became a hugely popular name in Great Britain. His first major games were at the 1970 Commonwealth games, where he admirably finished fourth. 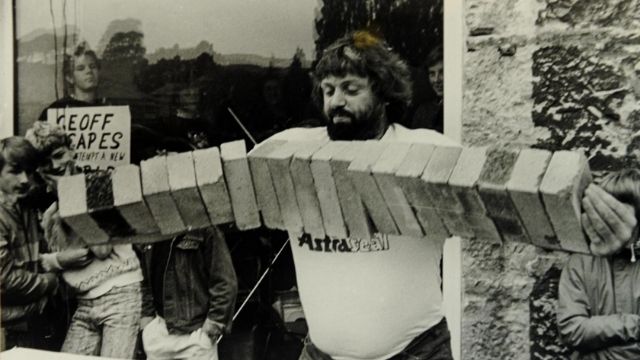 Throughout the 1970s and '80s, he competed in numerous events, won the gold medal at the European Indoor Championships, World Muscle Power contests, and five consecutive titles in the World Championships. He won 17 national titles in all, claiming the top spot in the AAA championship and becoming three times UK champion.

Countless fans watched in amazement as he became six times world champion at the World Highland Games Championship, willed him on as a British Olympic shot putter, and they still follow the gifted sportsman today. But what did Geoff Capes do once he stepped back from being a Highland Games Competitor and Strongman?

Coming in at a weight of 170kg during his prime, Capes was a successful competitor and respected figure. Among countless achievements, he set a new Olympic record in shot put and could lift twenty tons of spuds in twenty minutes. After another decade as a strongman, Capes fell under the radar. 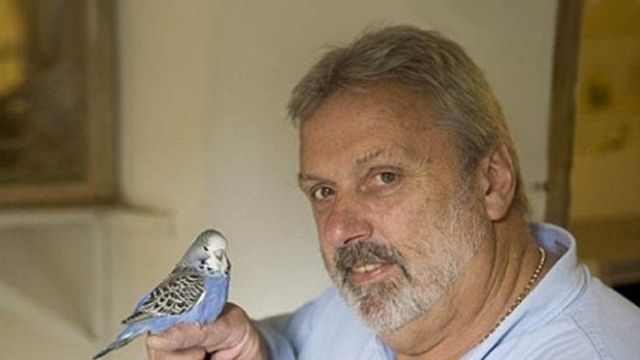 Geoff Capes had an early fascination with birds since he was a young boy. Image credit: Daily Mail.

This hobby has been a part of Capes' life since he was a young boy, as his father kept budgies for many years. Capes took care of his first aviary birds when he was 19 years old. What might come as a surprise to many was that he was working as a rookie policeman at that time.

In an interview with The Financial Times, Capes said: "I arrested a man at his home in Peterborough and he had lots of budgerigars in the front room; I asked if I could see them." The man gave Capes three pairs, and he's remained a dedicated fan since: "I've been breeding and showing budgerigars for so long that many people know me more for that".

In the same interview with The Financial Times, the keen budgie breeder explained: "My sport was all about aggression and nastiness but budgerigars are pure relaxation." He said that spending time in his shed with his birds has a "therapeutic effect". Indeed, growing up, Capes always had an early fascination for the natural world, and this only grew stronger as he did physically.

He began his own breeding programme based on his fascination with the varieties of budgerigars and their diverse colours. But he also loves the sense of competition involved in budgie shows. 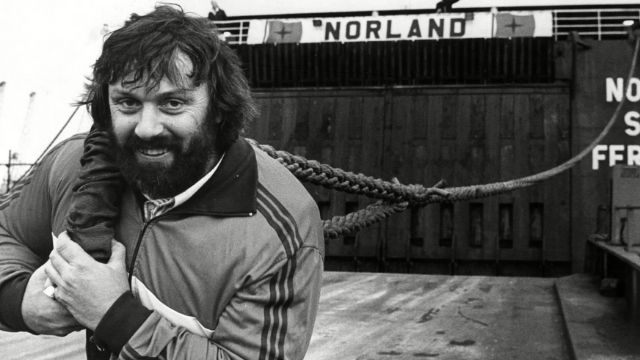 When speaking to The Daily Mail, Geoff Capes described the shows as "much more nail-biting" than competing in strongman events, "especially when your bird's being judged."

Capes said that he loves winning: "to get Best of Colour, or Best of Breed, there's nothing like it." He said that his "ultimate dream" would be to win "World Best in Show - supreme champion."

Geoff Capes has already proven his talent as a strongman and shot putter many times over the years, and it's clear that budgerigar fancying allows him to achieve new goals in a totally different field.

Becoming President of the Budgerigar Society of Great Britain

In 2008, Geoff Capes was elected President of the Budgerigar Society of Great Britain. The former strongman told The Daily Mail that this achievement was "the ultimate honour". Capes added: "I think the members voted for me because I believe in commitment, hard work and dedication." 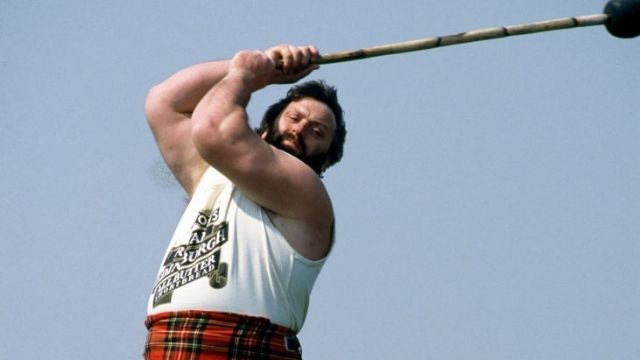 Training and preparing for athletic events like these demanded hours upon hours of commitment. And the process of preparing budgerigars for a show can be complex and time-consuming, too, according to Capes. At the time of his interview with The Daily Mail, he was at bird shows each weekend and had amassed a collection of silk rosettes to mark his achievements. 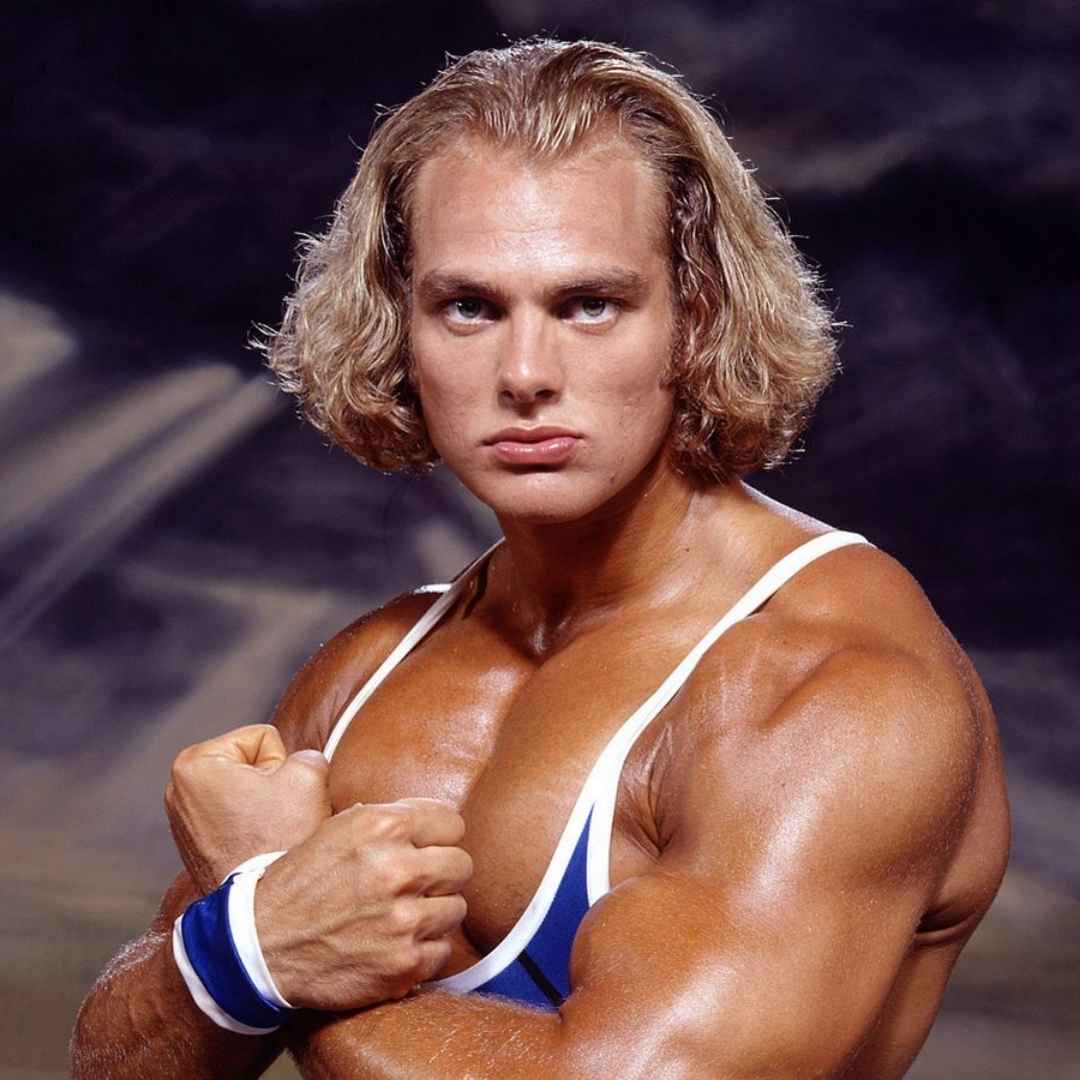 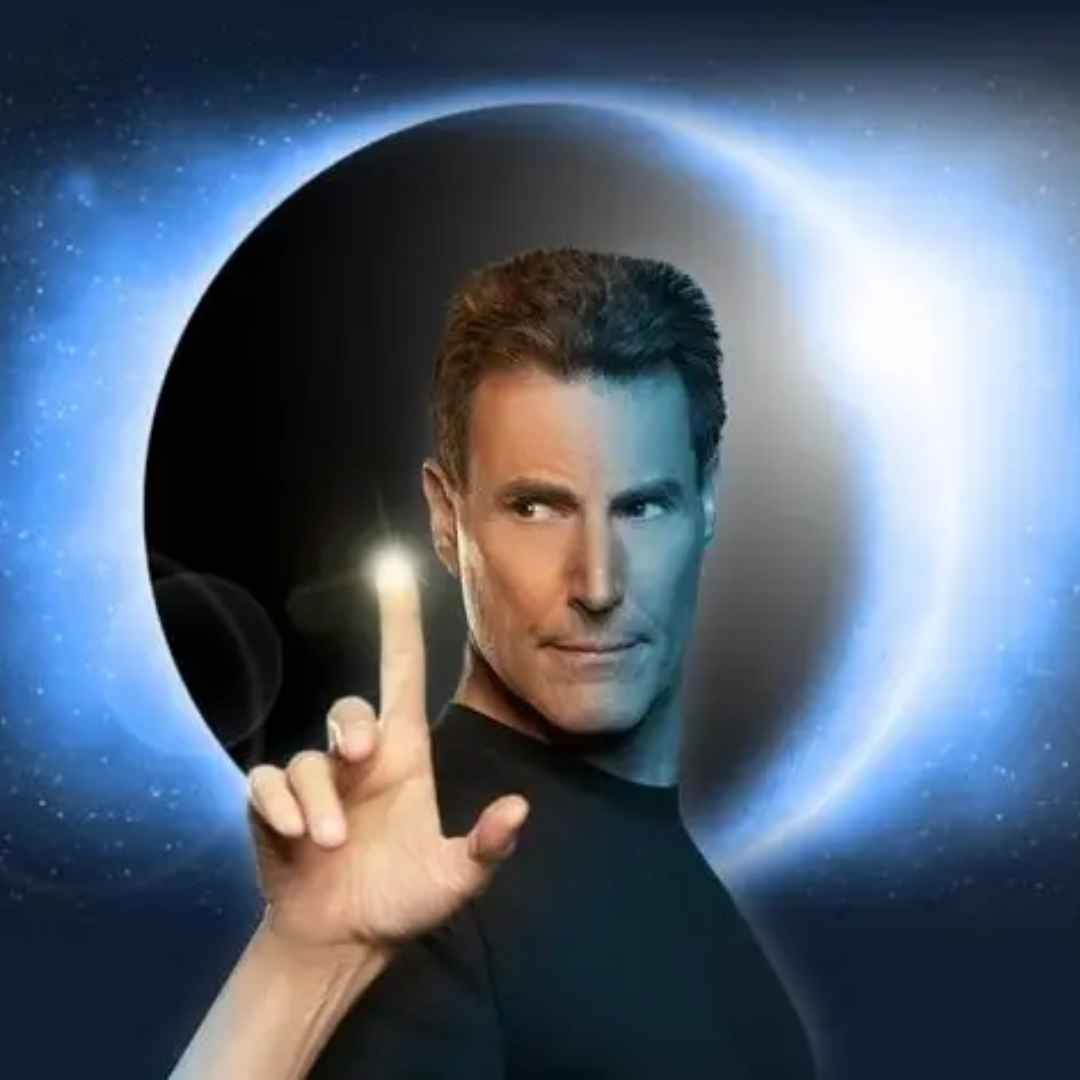 Geoff Capes comes from humble beginnings. He was born in 1949 and was one of nine children to Eileen Capes. His father worked on farms in Lincolnshire, but money was often in short supply. Capes has said that he was forced to attend the All-England Schools Athletics Championships at the age of 14 without plimsolls, and had no choice but to perform on concrete in bare feet.

Capes' first-hand experience of financial hardship inspired him to start the Geoff Capes Foundation. This national organisation provides funding to help youngsters with sporting talent take part in sports and other leisure activities. 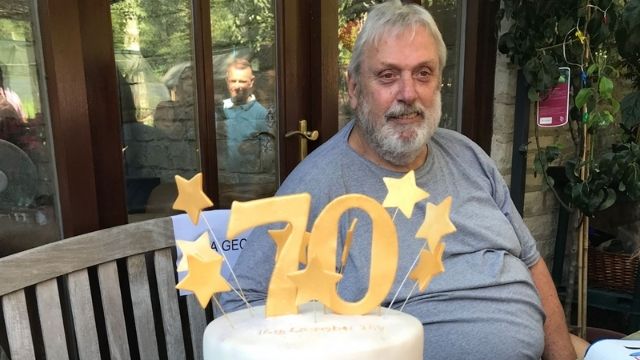 He launched the charity in 2018 with an event at the Derbyshire County Cricket Club's home. For one of the charity's first acts, Capes visited a Derby school to present a member of the Derby Wheelblazers basketball team with a new custom-made basketball wheelchair.

Capes said "I know that there are many young people, who like me as a youngster, have sporting potential but don't have the means."

How Have Geoff Capes' Achievements Been Commemorated?

Throughout his competitive sports career, Geoff Capes triumphed at some of the biggest athletic events in the world. He won Europe's Strongest Man three times, held world records in multiple disciplines (including bar and brick lifting), won the gold medal at the Commonwealth Games, and achieved so much more.

Capes' feats have been celebrated on multiple occasions. For example, he was officially inducted into England Athletics Hall of Fame in 2018. Capes was inducted by Stuart Storey, the coach who recognised Capes' potential at Holbeach Athletic Club when he was just a schoolboy.

BOOK NOW
Geoff Capes
Get the shot of a lifetime with a personalised video message from the strongman champ for the perfect gift! 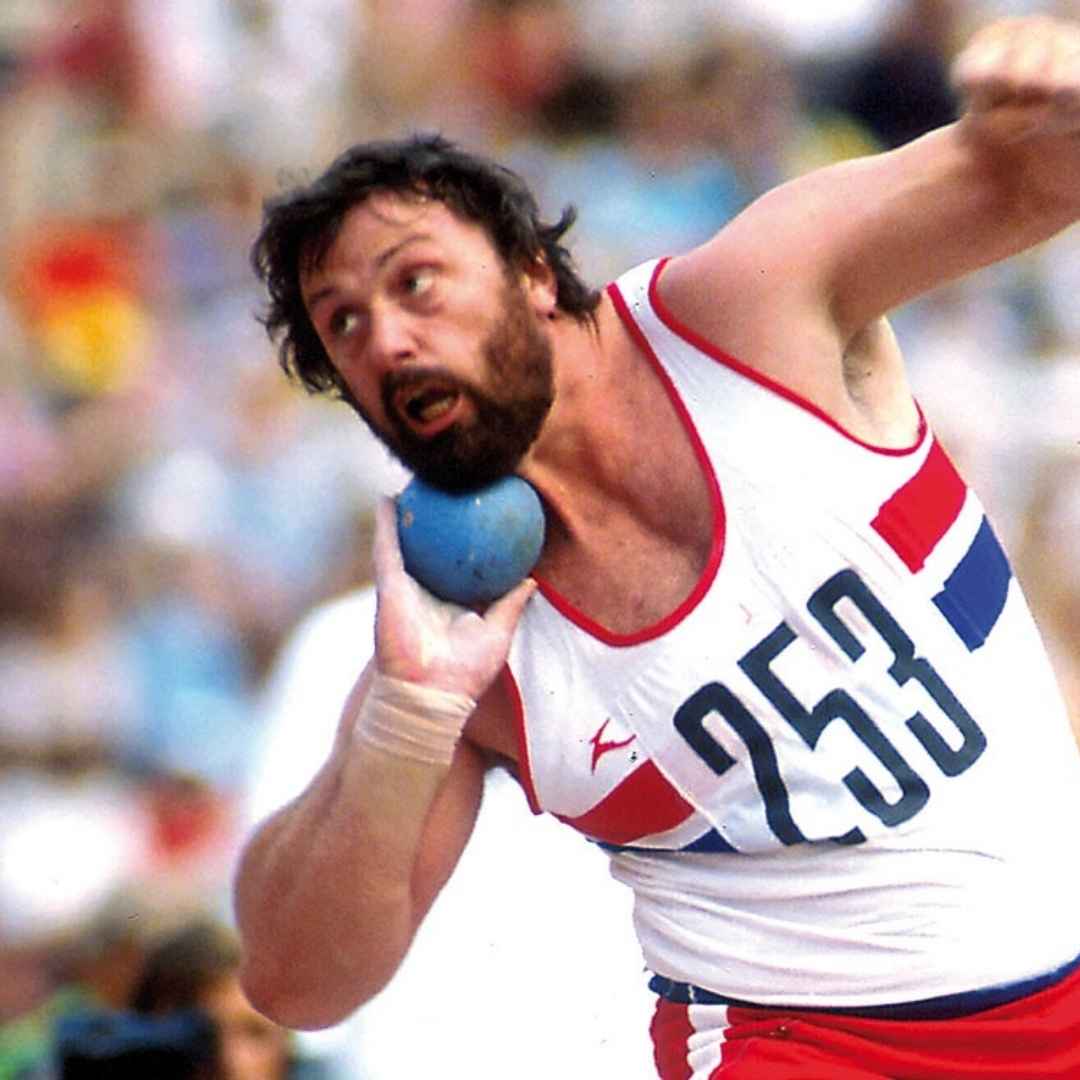 Storey said Capes was "a great man in every respect." Capes also received the Lifetime Achievement Award from Active Lincolnshire, which is part of Sport England, in 2019.

Not all of Capes' recognition is for his success in competitive sport, though. He was awarded the Silver Jubilee Medal in 1977 for his services to the community as part of his work with the police.

Geoff Capes Coaching Others to Success

As he was officially the World's Strongest Man twice, Capes has the experience, skills, and know-how to help others achieve their sporting goals. That's why he became a mentor coach, and has coached various budding athletes over the years, including Adrian Smith, known for winning the UK's Strongest Man event in 1992, 1997, 1998, and 1999. 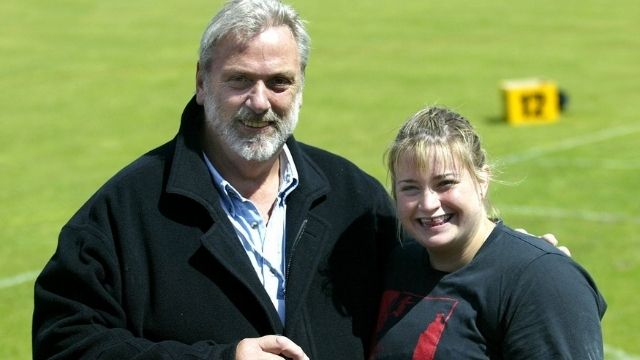 The Britain's Strongest Man title-holder has also coached shot put and discus alongside his son Lewis at the Lincs Throws Academy. Capes established the academy more than a decade ago, and the UK champion shot putter said it was his "brainchild to give a little back". His son Lewis is a former international thrower, and has played in the rugby union and American football.

Speaking to Spalding Today, Capes said that kids "must be prepared to work and earn everything", and that "sometimes you have to act like their parent as well." With Capes as their coach, though, it's possible that many young athletes could go on to set world records like he did. 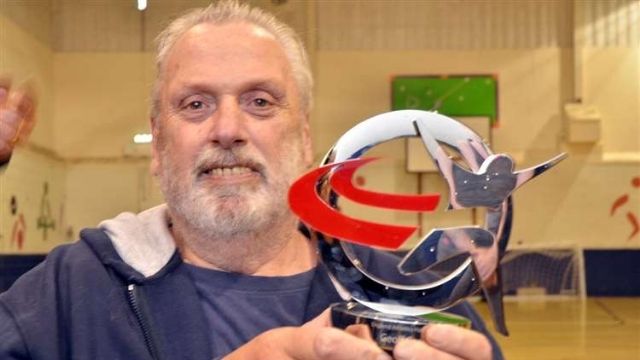 What Television Shows Has Geoff Capes Appeared On?

Geoff Capes has made many appearances on television over the decades, including two British reality shows. Fans may have seen him on everything from They Think It's All Over to Celebrity Eggheads.

He has also been a guest on A Question of Sport multiple times, and even demonstrated his skills in the kitchen on Ready, Steady, Cook and Who's Doing the Dishes? 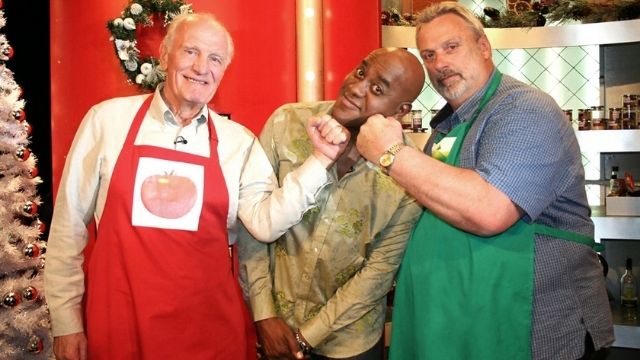 Throughout the 1980s and '90s, Capes appeared on You Bet!, Surprise Surprise!, Blanket Blank, and other popular series. Capes has also said that he was invited to take part in I'm a Celebrity … Get Me Out of Here!, one of the biggest British reality shows of all time, but he declined the offer. That's too bad! But we doubt we've seen the last of Capes.

Want to see Geoff Capes on your own screen? If you're a fan, or someone special in your life is, you can book a personalised video from the legendary Geoff Capes at Thrillz now! 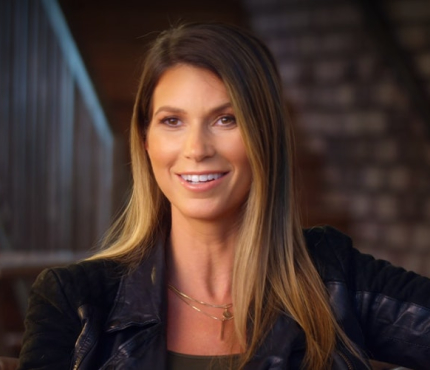 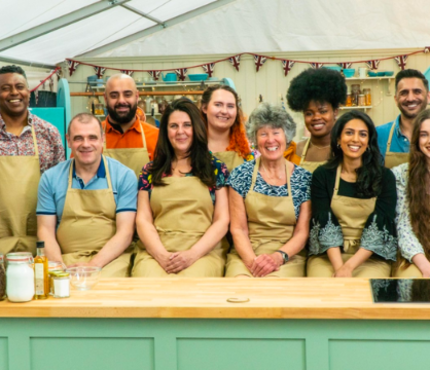 Monty Panesar Mastermind DisasterclassDec 02, 2021
Get 10% OFF your first purchaseSign up for email updates and offers