Blog/Kerry Katona Talks OnlyFans and Becoming a Millionaire: "I'm creating an empire for me and my family" Kerry Katona Talks OnlyFans and Becoming a Millionaire: "I'm creating an empire for me and my family"

The TV star talks to Thrillz about becoming a millionaire, her fiancé's thoughts on her Only Fans profile and who actually takes her revealing pictures.

Former Atomic Kitten singer and mum-of-five, Kerry Katona, has been making headlines recently for signing up to popular online subscription based social media website, OnlyFans and becoming a millionaire in the process after raking in tens of thousands of pounds a month!

OnlyFans is known as a place for content creators to post NSFW photos and videos that they wouldn't be able to post on their mainstream social media channels. The subscription site grew to worldwide notoriety after a number of celebs joined the website and claimed to have raked in thousands of dollars within just a few days. OnlyFans is undoubtedly becoming the biggest and quite possibly, one of the easiest ways for celebrities and content creators to monetise their influence. 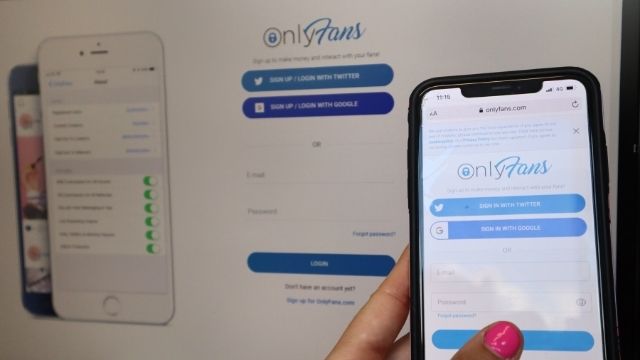 "I feel empowered, I feel powerful, I feel in control."

Kerry Katona has added to the famous faces found on OnlyFans and she hasn't done too badly either, raking in tens of thousands of pounds a month, having recently stated how proud she is to have made her first £1 million on the site since her bankruptcy.

The mum-of-five and former Atomic Kitten singer started her OnlyFans account a few months back during lockdown and doesn't regret her decision one bit, she exclusively told Thrillz: "I would encourage any man, any woman to take complete control over their sexuality, over their body. I feel empowered, I feel powerful, I feel in control. I would not have been able to become the businesswoman I am today without the underlying financial foundation from OnlyFans."

Fans who sign up to Kerry's OnlyFans page can expect to pay around £15 per month. The TV star has 808 posts and 843 media uploads which are hidden behind a paywall, once a user subscribes, they automatically get access to the range of content. 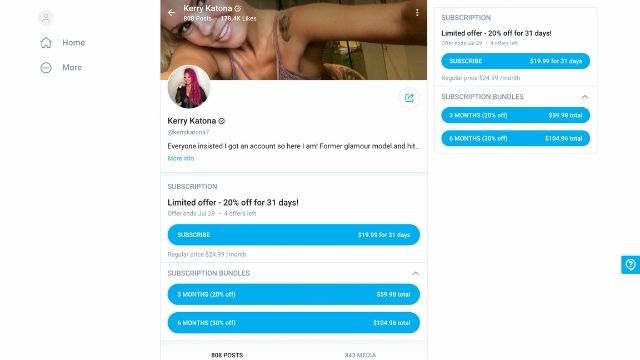 Since starting up her OnlyFans account, and having since made a million pounds, Kerry Katona has been able to start her own fashion label, Kerry's Boutique, along with multiple other business ventures including dating app alongside fiancé Ryan Mahoney, called 'Marnii'.

Kerry Katona has hit back at critics who say she's 'desperate' for joining the subscription site, she told Thrillz: "I'm not ashamed, I feel amazing! I'm creating an empire for me and my family and the Kerry Katona brand. I recommend anyone to go and do it, we need to drop the stigma!"

The TV star likened her OnlyFans profile to the likes of big Hollywood names having on-screen sex scenes, Kerry said: "Look at Nicole Kidman and Tom Cruise who have a sex scene in a movie on screen and we pay £20 a ticket to go and watch it, or take Natalie Portman who had a solo sex scene in The Black Swan and actually won an award for it - I show a topless photo and I've made a million pounds - so who's having the last laugh!"

Kerry says that she wouldn't send any content that is anything more than going topless on holiday to her paying fans. She has even had some weird requests from people for pictures of her size three feet!

Some of Kerry Katona's subscribers don't even request provocative pictures, she says that some fans just want to chat to her, others are Atomic Kitten fans and some find her road to recovery story inspiring. She even has messages from men and women wanting to improve their sex life, so Kerry almost acts as a therapist for them.

Kerry has said her family are nothing but supportive of her OnlyFans venture and her fiancé, Ryan Mahoney, along with her two eldest children actually help take her photos for the site, she said: "My partner Ryan is so supportive, he actually helped me set up my Only Fans and helps take my pictures as do my older two girls.". 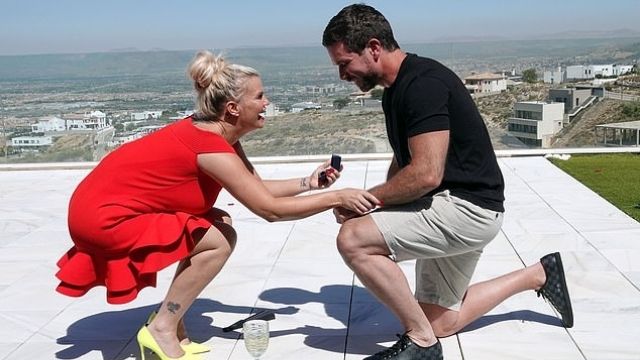 Kerry has been engaged to fiancé, Ryan Mahoney, for almost a year. (Image credit: BackGrid)

She said: "The stigma towards what I do needs to change and if it wasn't for what I do, I wouldn't be where I am."

Although this milestone is a proud moment for Kerry, having worked her way back up from bankruptcy, she said her biggest achievement has been being able to put her youngest daughter, DJ, through private education. Kerry Katona says: "When I lost my money the first time, that wasn't my money, it was my kids money, so securing that education, that stability for my children, which I've been able to give back to them now has been my proudest moment." 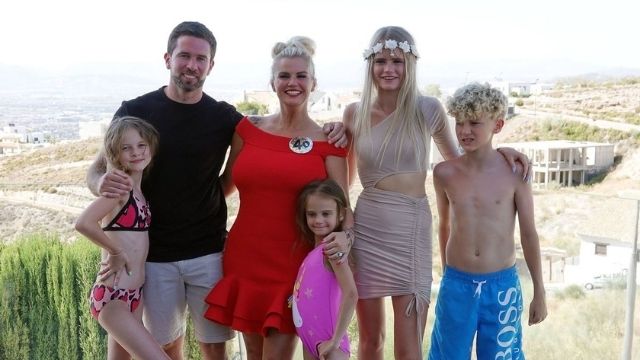 Kerry with Ryan and four of her five children on holiday back in August 2020. (Image credit: BackGrid)

Kerry Katona says that her children won't have to worry about money in their futures thanks to the huge amount she has earned from Only Fans.

It is clear that the former Atomic Kitten star is building back her empire, Kerry is now an entrepreneur and a successful businesswoman in her own right. She is making something for her children's future and that is something that here at Thrillz, we can only admire.

If you want to connect with Kerry Katona on a more PG level, you can book a personalised video message from her on Thrillz instead! It makes for a perfect and unique gift for every occasion!