Blog/Spoiler Alert! All About Tony Way: Game of Thrones and Beyond 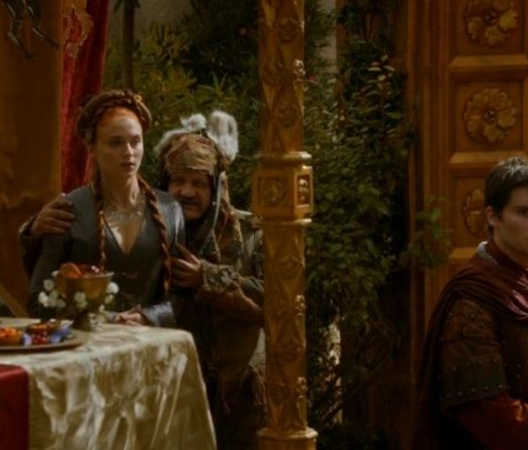 Spoiler Alert! All About Tony Way: Game of Thrones and Beyond

How the acclaimed comedy actor found his Way into one of the biggest TV programmes of all time: Game of Thrones. 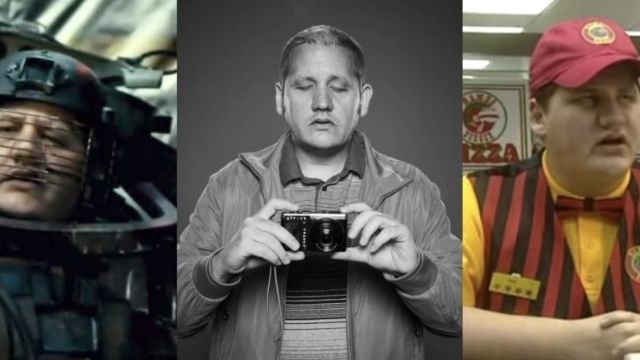 Tony Way: The Man, the Legend

Tony Way was born in the town of Rochford, Essex on the 7th October, 1978. He went to college at Beauchamps High School where he joined his first sketch group, Stay Alive Pepi. He was still a boy when he first got into acting, and now his career has spanned over 25 impressive years.

That quarter of a century saw Way land roles in some of the best drama and comedy shows and films of the last 20 years. The chances are that you'll recognise the face from quite a few of his performances.

Where it All Began for Tony Way

You might not have been able to name Tony Way before reading into him, but the chances are you will have seen his face in numerous films and TV shows. He's been a comedy actor since the age of 17, making videos with his friends that he would write material for and act in. 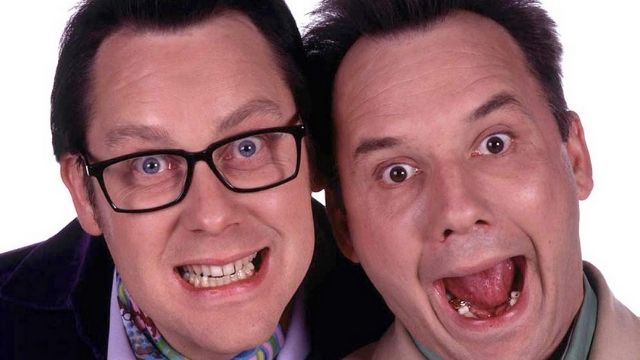 These videos were then picked up by the iconic Bob Mortimer, who found a role for Way in The Fast Show as well as several sketches in Bang, Bang, It's Reeves and Mortimer. And the rest is history!

The largest portion of Tony Way's career has been in comedy television. He's played various characters across a number of shows, from 'New Boy' in The Fast Show to Harry Styles in Murder in Successville. Suffice to say, Way is not a forgettable face!

In the All Star Comedy Show, Shooting Stars, Drunk History and more, Way embodied several juxtaposing characters, something he has a particular talent for. These 'various characters' or 'guest' roles have actually been some of his most successful, a testimony to his versatility as an actor, writer and comedian in general. 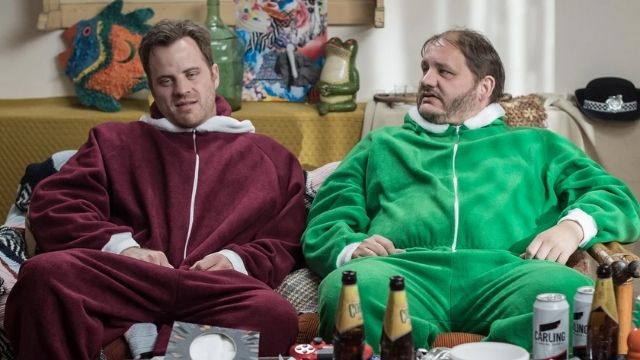 Other top roles for Way include the chef in Ricky Gervais' Extras, Glenn in Suntrap and Boris Stojkovic in the awesome Fairy Tales. He also played Fat Paul in the two-part series Money, the lead character Gwynne Thomas in Fun at the Funeral Parlour with scripting from Charlie Higson. On top of all that, he starred alongside Paul Whitehouse as Ned Pankhurst in Brian Pern: 45 Years of Prog and Roll.

In a short time, Way quickly racked up a number of credits that would prepare him for one of the biggest roles of his career.

Tony Way began to explore a career in cinema beginning in 2000, when he played the role of Rick in the comedy film Cheeky, but it was in 2002 that his career really kicked off. The slick actor was picked up by Sacha Baron Cohen to play Dave (aka Dangerous Dave) in Ali G In Da House, one of the most popular satirical comedy films the UK has ever seen. 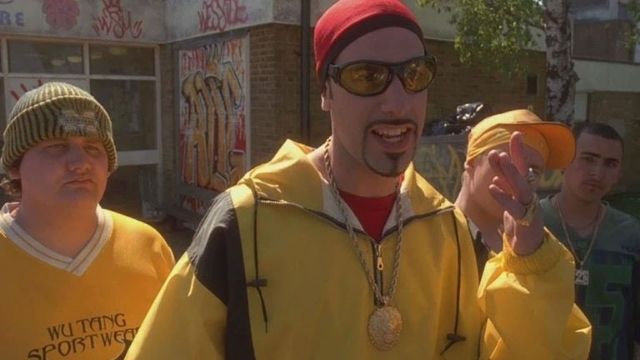 The reviews were excellent, and Way suddenly became a real hot property on the comedy circuit. Since then, he has gone on to appear in some fantastic comedy films, including the 2012 flick Sightseers where he played Crich Tourist. However, Way's filmography list is dominated mostly by dramas.

The Journey into Drama

Throughout Way's career, he has appeared in a handful of television dramas, notably as a Dyno Rod Engineer in the 2020 ITV drama about serial killer Dennis Nilsen and, of course, as Ser Dontos Hollard in Game of Thrones (which we'll come to shortly). He also played Car Michael in Phillip K. Dick's Electric Dreams. 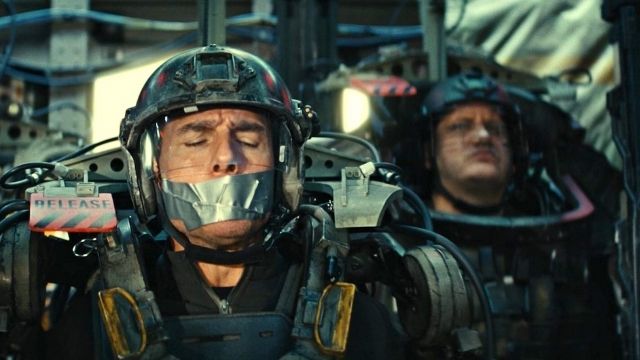 However, film drama has been a huge part of Way's life and has seen him become a recognisable face in the US, too. Some of his greatest successes as an actor include the role of Plague in the Girl with the Dragon Tattoo as well as roles in Edge of Tomorrow, Anonymous and Trespass Against Us. 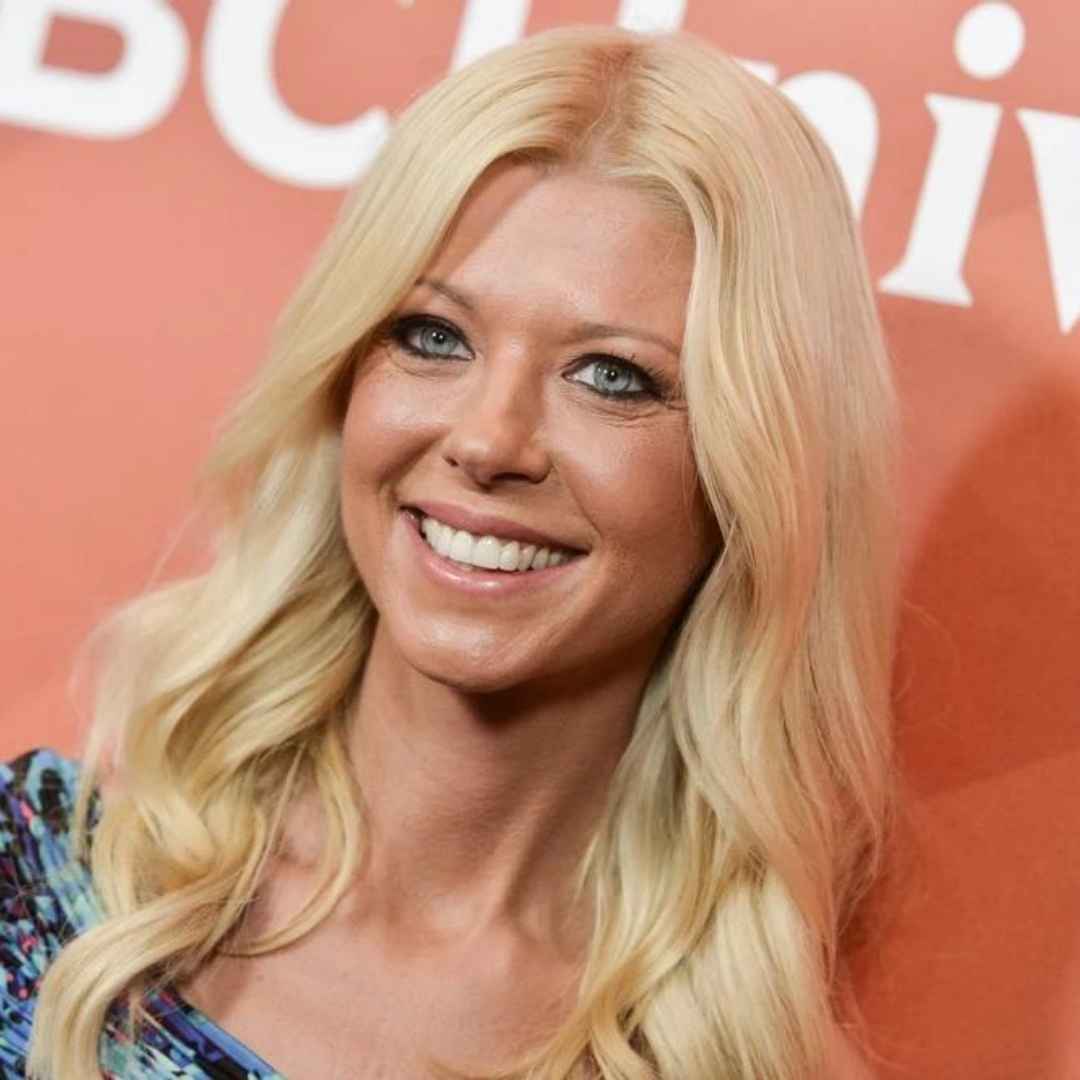 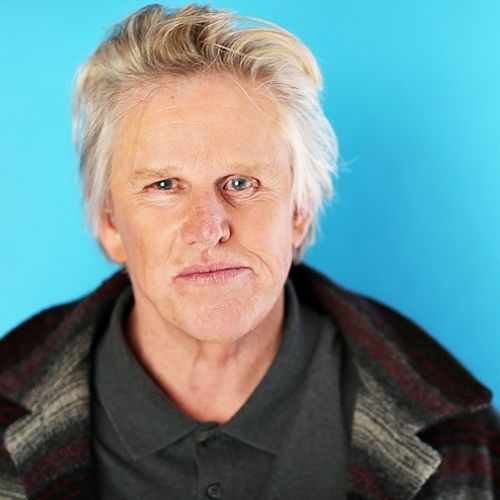 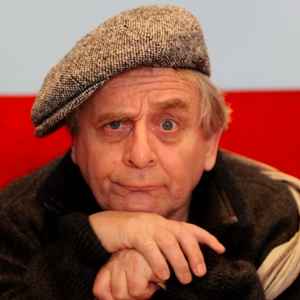 Landing the Biggest Role of His Life?

Whether you've seen Game of Thrones or not, chances are you will have had multiple people recommend it to you since it first came on the air just over ten years ago in 2011 (although the pilot was first ordered in November 2008).

If you haven't had the chance to watch it, we fully recommend doing so! There's a reason almost every review of the show is positive – but we don't talk about season 8. 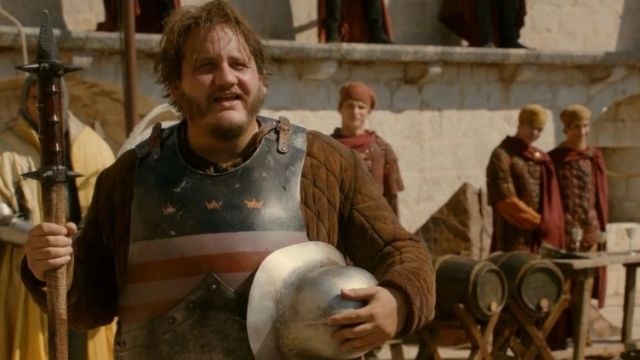 Way landed a role in the biggest TV series of all time, Game of Thrones. Image credit: HBO.

Way auditioned for the role of Dontos Hollard, and much to his delight, his role in the show was confirmed shortly after. Dontos was a knight, the only surviving member of House Hollard, one of the vassal houses of the Crownlands.

Way's role as Ser Dontos Hollard (otherwise known as Ser Dontos the Red) began in series 2 of the show. The date of the first episode he starred in (The North Remembers) was April 1st 2012, and he went on to appear in several more episodes throughout the series.

BOOK NOW
Tony Way
A personalised message is the only Way to put a smile on someone's face! 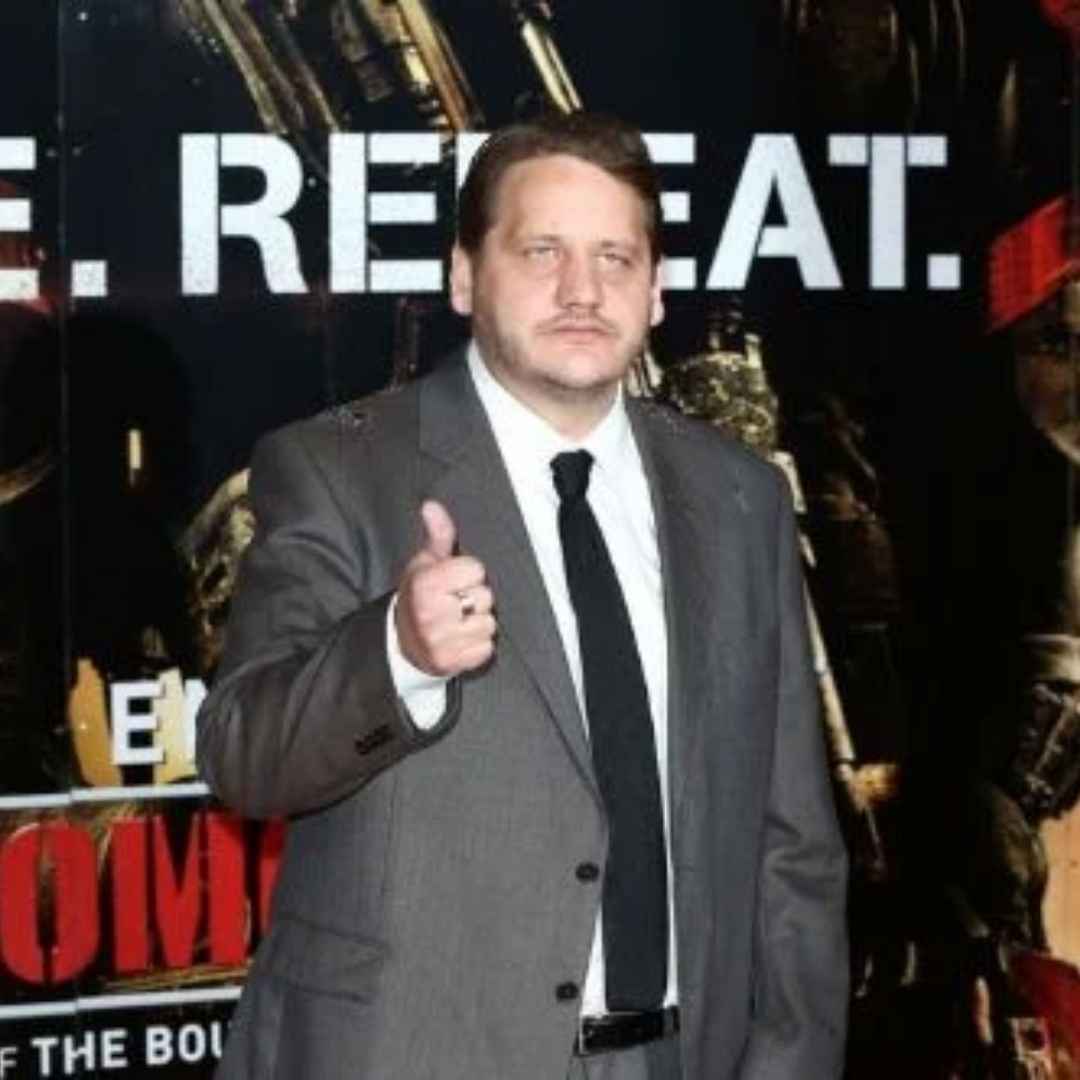 Way interacted with various characters as Dontos Hollard including King Joffrey (who made a fool of him after he attended a tourney drunk) but none more so than Sansa Stark, played by Sophie Turner. Sansa defends Dontos when Joffrey orders his men to pour wine into his mouth during the nameday celebration, and a friendship between Sansa and Dontos immediately emerges.

Back for More Dontos Hollard in Series 4

Ser Dontos Hollard didn't appear in a single episode of series 3, but he made a comeback in series 4. In this season, Dontos follows Sansa to the Red Keep's godswood, and it is at this point that Dontos first thanks Sansa for saving his life during the festivities of series 3. Later on in the series, Dontos convinces her to leave Joffrey's wedding in order to save her life, returning the favour somewhat. 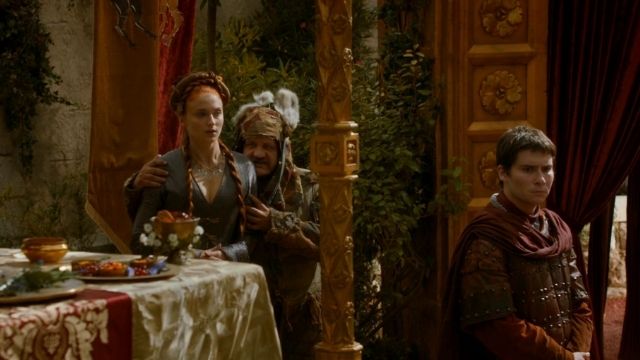 Dontos and Sansa are forced to flee the wedding together and shortly after, Dontos is sadly killed while Sansa is arrested. It is later revealed that Dontos perished having been poisoned with the most fateful poison in the Game of Thrones world. A brutal way to die indeed!

Dontos Hollard was one of the biggest roles of Way's acting career, and one that cements his place in television history; but it should be noted that this is just one part of a very illustrious career of a very talented man.

What's Tony Been up to Since?

Way has been in a couple of films since his last appearance in Game of Thrones, most recently the 2016 movie Mindhorn (starring Julian Barratt of The Mighty Boosh), in which he played the role of Dad with Newspaper.

One of his most recent roles in TV was as the character Roy in the BBC-produced series Giri/Haji. Unfortunately, the show was cancelled after just one season with eight episodes, and so the character of Roy died along with it. 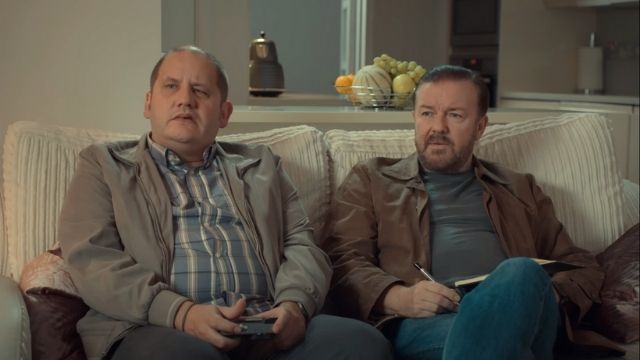 Way has an ongoing role in the Netflix series After Life, written by and starring the one and only Ricky Gervais. We love the show, and we hope to see many more series of it in years to come!

The Future for Tony Way

Way currently lives in Hackney, London and continues to act and write in both comedy and drama. He loves to create amazing sandwiches in his free time, sandwich-making being his pride and joy outside of the world of acting and writing.

You may not be able to get your hands on one of those sandwiches, but you can request a personalised video from one of the most recognisable faces in British television today. Just sign up for an account as a new customer at the Thrillz site and have Tony Way send a message to yourself, a loved one or any person in your life!