Neal McDonough is a seasoned American actor and producer with a career spanning more than 30 years. He has many television and film credits to his name, with appearances in various blockbuster films and hit TV series. McDonough's portfolio encompasses everything from high-concept sci-fi movies to video games, including Minority Report, Call of Duty, and Captain America: The First Avenger.

Neal McDonough was born in Dorchester, Massachusetts, in 1966. He earned a Bachelor of Fine Arts from Syracuse University in 1988, and received classical theatre training at the prestigious London Academy of Music and Dramatic Art (LAMDA).

Early roles saw McDonough appear in the film Darkman, the TV series Quantum Leap, and China Beach. He portrayed famed baseball player Lou Gehrig in the TV movie Babe Ruth in 1991. Other early TV movie projects include In the Line of Duty: Ambush in Waco and Blue River.

Further film and television roles followed, including that of Lieutenant Hawk in the 1996 movie Star Trek: First Contact. He also appeared in various popular TV series during the 1990s, such as NYPD Blue, JAG, Diagnosis Murder, and Band of Brothers.

What Hollywood Movies Has Neal McDonough Appeared In?

Neal McDonough's movie roles are incredibly varied. One of his most well-known parts is that of Officer Gordon "Fletch" Fletcher in the 2002 Steven Spielberg sci-fi movie, Minority Report. He shared the screen with Tom Cruise and Colin Farrell, and took part in some of the film's most memorable scenes.

In 2003, McDonough featured in another sci-fi adventure film when he played Frank Gordon in Timeline. This was an adaptation of Michael Crichton's novel of the same name, and also starred Paul Walker and Gerard Butler. McDonough followed this up with roles in They Call Him Sasquatch and Walking Tall, in which he played Jay Hamilton.

In 2006, McDonough portrayed Captain Dave Severance in Clint Eastwood's World War Two epic Flags of Our Fathers. He also played Jon Forster in the Al Pacino film 88 Minutes, featured in the remake of the classic horror movie The Hitcher, and joined Kevin Costner in The Guardian.

Other notable film roles include Jack Horton in Red 2, Vincent Sofel in Paul Blart: Mall Cop 2, and Harlan Cotterie in 1922 (Netflix's adaptation of a Stephen King story of the same name).

One of Neal McDonough’s biggest roles in recent years is that of Dum Dum Dugan in Captain America: The First Avenger. This movie introduced the legendary Captain America to the Marvel Cinematic Universe, and McDonough was part of a fantastic cast that included Chris Evans, Tommy Lee Jones, Hayley Atwell, and Sebastian Stan.

He also played the part again in the 2011 video game based on the first Captain America movie, Captain America: Super Soldier, in the Agent Carter series, and in an episode of Agents of S.H.I.E.L.D.’s second season.

McDonough is part of the DC Comics world as well as the MCU, having played multiple roles based on DC Comics characters. Arrow fans will recognise McDonough as the villainous Damien Darhk, a major enemy in the long-running TV series based on the character Green Arrow. McDonough also played the role in The Flash and multiple seasons of DC’s Legends of Tomorrow TV series.

In an interview with Entertainment Weekly, McDonough described his approach to making Damien Darhk an entertaining villain: "If I play him completely dark, no one is going to want to watch him. I’m making him like this 9-year-old kid who, if he doesn’t get his ice cream, he’s just going to throw a tantrum."

McDonough also voiced the character Floyd Lawton/Deadshot in the animated movie Batman: Assault on Arkham, set in the same universe as the wildly successful Arkham video games. The rest of the cast included other experienced performers like Kevin Conroy, CCH Pounder, and Giancarlo Esposito.

Neal McDonough's Performances in Band of Brothers, The X-Files, and Other Hit Series

McDonough’s portfolio of television work is extensive, and viewers have seen him in dozens of hit shows in the past 25 years. He played “Buck” Compton in 2001’s Band of Brothers, followed by the role of Agent Robert Comer in Fox's phenomenal The X-Files in 2002. He later played one of the main characters in Boomtown, an innovative TV series featuring an ensemble cast. McDonough’s role of LA Deputy District Attorney, David McNorris, appeared in 24 episodes, and demonstrated the actor's range to great effect.

After playing David McNorris in Boomtown, McDonough scored another small-screen hit with 20 episodes of Medical Investigation. McDonough played Dr. Stephen Connor on the show, which followed a team of medical specialists at the National Institutes of Health (NIH). Stephen Connor was the team’s leader, providing McDonough with a starring role.

McDonough played Robert Quarles in 13 episodes of the modern Western "Justified", and appeared as Captain William Parker in TNT’s Mob City. This character is based on the real William Parker, who served as the LAPD’s Chief from 1955 - ‘66, He also took on the role of Sean Cahill in 17 episodes of the TV series Suits, and portrayed Rusty Patton in several installments of Public Morals.

History’s TV series "Project Blue Book" brought McDonough another starring role, that of General James Harding, across 18 episodes. James Harding was one of Project Blue Book’s founders, inspired by the real-life USAF Brigadier General William Garland. McDonough later appeared as Malcolm Beck in Yellowstone, Altered Carbon, and the 100. As Malcolm Beck, McDonough had a recurring role in the second season of Yellowstone.

He also played Casey Oaks in the series Rogue and featured in several episodes of Van Helsing, which centres on a descendant of Bram Stoker’s legendary vampire hunter.

Neal McDonough in Sonic the Hedgehog, Resident Evil, and Marvel’s What If…?

McDonough portrayed former President Dwight D. Eisenhower in four episodes of 2021’s American Horror Story: Double Feature. He also reprised the role of Dum Dum Dugan in Marvel’s What If …? series on Disney+, in the episode, “What If… Captain Carter Were the First Avenger?” This explored what might have happened if Agent Peggy Carter were injected with the Super Soldier Serum instead of Steve Rogers.

McDonough has also appeared in three movies based on hugely popular video game franchises: 2020’s Sonic the Hedgehog, 2021’s Resident Evil: Welcome to Raccoon City, and Street Fighter: The Legend of Chun-Li. In the latter, Neal McDonough played the villainous M. Bison, the franchise’s powerful boss character, though his take was boldly different from previous incarnations. He also played the title role in the 2021 film Boon, which he co-wrote.

Neal McDonough Voice Acting: The Incredible Hulk and Beyond

McDonough voiced the beloved Marvel character the Hulk (and his more timid alter-ego, Bruce Banner) in both the 1990s animated series and the 2005 video game, The Incredible Hulk: Ultimate Destruction. The Incredible Hulk animation TV series ran for two seasons in 1996 - ‘97, and its cast included other seasoned performers like Mark Hamill, Matt Frewer, and Lou Ferigno (as the voice of the Hulk, reprising his role from the 1970s TV series).

McDonough’s voice has featured in a number of other video games over the years, including Rogue Warrior, Skylanders: SuperChargers, and Call of Duty: Black Ops III. The latter also included McDonough’s likeness.

McDonough is married to Ruvé Robertson, a model from South Africa. The couple met while McDonough was working on the HBO miniseries Band of Brothers in the UK. They have five children: Morgan Patrick, Catherine Maggie, London Jane, Clover Elizabeth, and James Hamilton.

What Awards Has Neal McDonough Won?

McDonough has received three industry awards and nominations during his career. He won the Best Actor (Jury Award) at the Atlantic City Film Festival in 1999 for his work on A Perfect Little Man. He was nominated for the Television Critics Association Award for Individual Achievement in Drama for Boomtown, and won the Satellite Award for Best Supporting Actor in a Television Series — Drama for the same role.

He was later nominated for a Screen Actors Guild Award for Outstanding Performance by an Ensemble in a Comedy Series for his role as Dave Williams on Desperate Housewives. For his work as Robert Quarles on Justified, McDonough was nominated for the Best Supporting Actor in a Drama Series accolade at the 2012 Critics’ Choice Television Awards, and won the Satellite Award for Best Supporting Actor in a Series, Miniseries or Television Film that same year.…

Neal McDonough is a seasoned American actor and producer with a career spanning more than 30 years. He has many television and film credits to his name, with appearances in various blockbuster films and hit TV series. McDonough's portfolio encompasses everything from high-concept sci-fi movies to video…

No, we will never process the payment until the order has been completed. When you initially book your video message a hold for the total amount is placed on your account. This is only processed and authorised once the celebrity has completed the order. If it is not completed for any reason, your money will be released back to you.

You can choose a package based on what you are after. If you want the talent to give you or someone else a shout out and the video is for personal use (including as a gift for someone) then you should select the ‘shout out’ package. If you want the talent to carry out a performance, for example, to sing a particular song, and it is still for personal use, then please select the ‘performance’ package. If you are a business and would like either of the above, then select either the ‘business shout out’ or ‘business performance’ package.

Of course, if you identify an error in your instructions or would like to change them, please contact the Thrillz support team via our live chat function or email support@thrillz.co.uk. Please note, the team will only be able to amend your booking if the celebrity has not yet completed your video request.

Of course! Head to your dashboard, then ‘completed orders’ where you will find your awesome completed videos! You can then download and share with all your family and friends! 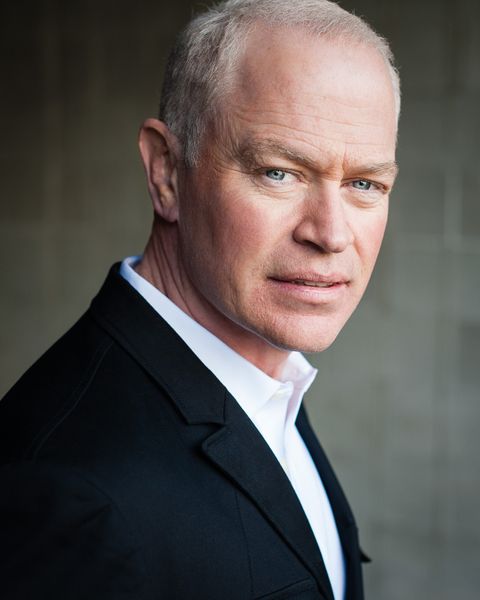