Phil Thompson is a former footballer best known for playing for Liverpool during the 1970s and '80s. He also se… read more

Phil Thompson is a former footballer best known for playing for Liverpool during the 1970s and '80s. He also served as Liverpool manager for six months while then-manager Gérard Houllier was away following heart surgery. Phil Thompson also appeared as a pundit on the Sky Sports Soccer Saturday show for more than 20 years, and regularly teaches at the University of Liverpool on the innovative Football Industries MBA.

Philip Bernard Thompson (date of birth 21 January 1954) was born in Kirkby, Lancashire. He told LFC History that he grew up in a "really tough area" in which "everybody played football 24-7." Thompson has said that he was "quite skinny", which meant he had "more drive and determination than the next fellow". He said that this shaped him during his early days of playing football.

He supported the Reds for many years, and was signed as a professional Liverpool player the day after he turned 17 years old. Thompson played his first match for the club at age 18, when they took on Man United at Old Trafford: he was brought on during the 81st minute to replace John Toshack. They won this match and many others after, which led to Liverpool winning the League Championship and UEFA Cup in 1973. Thompson received medals for his performance, and was paired up with Emlyn Hughes (Liverpool captain at the time) to form a tight defence.

Making His Debut for England and Playing in the European Cup

Phil Thompson played his first match for England in 1976, in a friendly against Wales. He later scored his first goal for the national team in another friendly in New York, where England took on Italy. Thompson retained his England position across more than 40 matches.

Unfortunately, Phil Thompson suffered an injury in 1977 that left him unable to play for Liverpool in both the FA Cup and European Cup finals. Liverpool missed out on winning the FA Cup that year, but earned their first European Cup when they beat Borussia Mönchengladbach.

However, Thompson was able to participate the following year, and helped Liverpool retain the cup after defeating FC Bruges. He later formed a tight defensive partnership with Alan Hansen, before being promoted to the club's captain.

Phil Thompson was appointed captain of Liverpool after Emlyn Hughes left the club in 1979. He led Liverpool to another European Cup victory in 1980, and again in 1981 after a storming 1-0 win against Real Madrid. The club also earned the League Cup after beating West Ham United that same year.

Graeme Souness replaced Thompson as captain in 1982 (due to a decision made by Bob Paisley), but Thompson continued to perform to the same high standard in defence for the remainder of his time with the club. He was later approached to manage Swindon Town but declined to focus on playing the sport he loved instead. He moved to Sheffield United for one season, but soon retired aged just 31 years of age. But his career was set to move in a fascinating (and successful) new direction.

Fellow football legend invited Thompson to become the Liverpool FC reserve team coach (replacing Chris Lawler). He stayed with Liverpool for four years while the club was victorious in the League in 1988, again in 1990, and won the 1989 FA Cup in between. He left the club in 1992.

However, Thompson returned to Liverpool FC when Gerard Houllier invited him back. He was Gerard Houllier's assistant manager when Liverpool reached an incredible milestone in 2001: winning the 'treble' of the UEFA Cup, FA Cup, and League Cup. Thompson and Houllier also shared the Premier League Manager of the Month in March 2002, while Thompson served as caretaker manager.

Thompson left Liverpool in 2004, along with Houllier. Years later, Houllier invited Thompson to work with him again when he became Aston Villa's manager. Thompson turned the role down though and concentrated on his other commitments instead.

When Did Phil Thompson Start Hosting the Soccer Saturday Show?

Phil Thompson appeared on more than 400 episodes of Sky Sports' Soccer Saturday between 1998 and 2020 (his final episode aired on 26 July that year). His years of experience as a football player made him a natural fit to be a TV sports presenter, and he became incredibly popular with fans during his tenure on the show. Thompson enjoyed a strong on-screen partnership with other well-known pundits, such as Paul Merson.

Why Did Thompson Leave the Show?

Thompson praised his co-presenters on Twitter after leaving the show: "I've had a great 22 years... I enjoyed every minute with some amazing people on the show and behind the scenes which made it the iconic show it is today." He also wished "Sky, Jeff, Merse [Paul Merson] and the new gang" luck with the show.

Later, he said that the success of Soccer Saturday was a "testimony to Jeff [Stelling]", calling him the "best TV sports presenter." He highlighted how the show "even became a cult thing" and that many people "didn't remember [them] as players... it was part of their life." According to Thompson, he and his fellow pundits "bridged all the gaps" as viewers grew up watching them.

Discussing the programme's popularity, Thompson said they "didn't want to be like Super Sunday, where they would analyse things to death." He praised Sky's approach, as they "mixed things up" and "pushed the boundaries."

Phil Thompson and Other TV Appearances

Thompson has appeared on many other television shows outside of Soccer Saturday, including Football Focus, Dream Team, A Question of Sport, World Football Focus, and more. In 2020, Thompson joined Matt Le Tissier, Charlie Nicholas, and Alan Curbishley in the online sitcom Pundits. This followed the pundits as they attempted to broadcast from their homes.

In addition to his achievements on television, Thompson has also worked with the University of Liverpool for a number of years. He was appointed a Visiting Fellow at the university for his work on the MBA Football Industries course. He said, "the great thing about the course" is that it attracts students from across the globe, from as far afield as Korea and Japan, all united by a passion for the game.

Aside from football, Phil Thomspon is a keen businessman and enjoys a spot of golf. He's previously raised money for charity doing a Spinathon. Thompson also keeps the spirit of Liverpool fans alive by sharing personalised video messages on Thrillz.…

Phil Thompson is a former footballer best known for playing for Liverpool during the 1970s and '80s. He also served as Liverpool manager for six months while then-manager Gérard Houllier was away following heart surgery. Phil Thompson also… 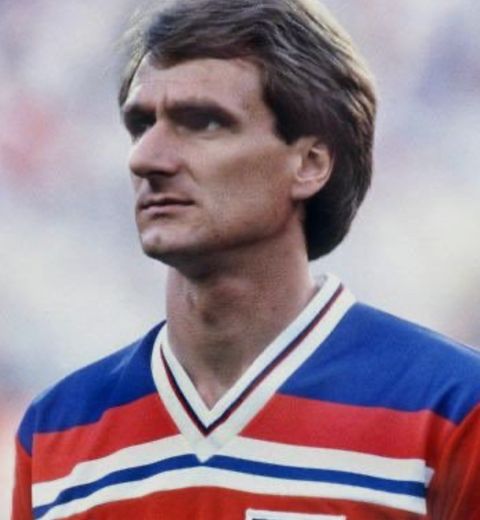